Private Enforcement for the DSA/DGA/DMA Package

Competition Law Lessons and Beyond

1. Public Enforcement Powers Under the D-Package

Akin to other pieces of regulatory legislation, and more than some of them, the package consisting of the Digital Markets Act (DMA), the Digital Services Act (DSA), and the Data Governance Act (DGA) (“D-Package”) is about empowering authorities vis-à-vis puissant private market players. This purpose calls for state enforcement (often also called “public enforcement”) powers. Indeed, the D-Package contains a number of public enforcement mechanisms, such as the EU Commission’s investigation, sanctioning, and monitoring competencies under Art. 18 et seq. DMA; the powers of the Members States’ “competent authorities” to ensure compliance with the DGA per its Art. 13; or the system of interlocking measures by Digital Service Coordinators and the Commission according to Art. 38 et seq., Art. 50 et seq. DSA.

However, experiences inter alia with state enforcement of competition law caution against too exclusive a reliance on state enforcement: Watchdog resources are limited, and the administrative selection of enforcement priorities may be impaired by the fact that it is not driven by the genuine competitive interests of a market participant. State enforcement of competition law in a multi-layer system of Member State and Union-level agencies and courts can be quite slow and badly synced. The already vivid discussion on how to coordinate the competencies of national competition authorities and the EU Commission under the DMA (see, e.g., the ECN’s joint paper on the matter), as well as a glance at the stark contrast between enforcement approaches in the DMA (Commission-focused) and the DSA (Member State-focused, but with the possibility for the Commission to step in), forebode rather more than less difficulties under the D-Package. On a more fundamental level, increasing state enforcement powers may induce an adverse impact on citizens’ rights and freedoms. This risk is, arguably, higher in some domains of the D-Package (e.g. removal of content from online platforms pursuant to the DSA; comprehensive, real-time access to personal and non-personal data under the DMA) than in many a traditional competition law focus.

3. The Rise of Private Enforcement

These and further aspects have caused support for, and of late a steadily increasing relevance of, private enforcement (PE) in EU competition law. Its core element are lawsuits in which companies or individuals harmed by anti-competitive practices seek redress. Where, for instance, customers bought a product at prices inflated by a cartel between producers, they could seek compensation of their damages consisting of (mainly) the delta between the prices actually paid and the hypothetical prices in an undistorted competitive environment. Such lawsuits are brought before civil courts, at the initiative and – initially, subject to later compensation – the cost of the respective claimant. They require, thus, no direct involvement of competition agencies, even though they very frequently rely on findings of infringement made in public enforcement proceedings. Certain developments outside the EU, especially in the US, have kindled fears that PE could be abused, for instance by pressurizing purported infringers into making unjustified settlement payments to avoid the nuisance, bad publicity and costs that even dubious PE litigation may cause. However, such fears have, so far and overall, not materialized in the EU. Elements of its legal framework, preventive in that respect (e.g. loser pays principle for litigation costs, no punitive damages), would loom large in D-Package enforcement as well. At the same time, PE of competition law has made progress – not least through the EU Damages Directive (2014/104/EU) – in solving intricate issues any PE regime faces, such as the principle of full redress, though without overcompensation; quantification of damages and passing-on defense; distribution of liability within a group of perpetrators; access to evidence; the binding effect of state enforcement decisions; and a coherent limitations regime.

PE can make an important contribution to realizing the D-Package’s goals (cf. 5. below). Although some of the present approaches to these issues in competition law PE are certainly debatable, the Package should draw on competition law experiences in setting up a PE regime, but it should also try to further improve PE mechanisms beyond the state reached in traditional competition law.

4. Unsatisfactory Rules on PE in the D-Package

Alas, in their present state, the D-Package drafts contain little to this effect. They neither comprise stand-alone provisions on PE nor explicit references allowing for the application of PE legislation outside the Package (such as the Damages Directive). On the contrary, certain language which rather accentuates that the Package is distinct from competition law (such as Art. 9(2) DGA or the exclusive reliance on Art. 114 TFEU as the DMA’s legal basis) is fueling a vivid debate on whether competition law’s PE mechanisms – and, for that matter, to which extent competition law provisions as a whole – are applicable at all in the realm of the Package (see, e.g., the contributions by Basedow, Leistner, Podszun et al.).

To remedy this uncertainty, the EU Commission must at least complement the Package Acts with a reference to the Damages Directive that permits the Package to plug, mutatis mutandis, into competition law PE.

A – very worthwhile – attempt to improve D-Package PE beyond a mere, unspecific transplant from competition law would, however, require more than that. Among other elements, it should include:

The difficulties of developing PE into a vivid, though well-ordered component of the D-Package are yet another symptom for the lack of a sufficiently robust, harmonized legal framework for such private legal action in Europe. At the same time, improving this aspect of the Package offers the serendipitous chance of a catalytic effect for PE in Europe. This includes PE’s potential to contribute to the checks and balances on economic and political power: By engaging in rule enforcement, individuals and companies help to confine key market players’ (unlawful use of) economic power. And by taking such enforcement in their own hands, they counterbalance a tendency for state agencies to become the sole decision makers on when and how to sanction what they consider undue conduct. Balancing state as well as corporate power looms particularly large in the digital realm as its technologies – and potentially the control market players or the state exercise through them – increasingly permeate all parts of life and society. All in all, D-Package PE presents an opportunity we should not miss.

The Max Planck Institute for Innovation and Competition is committed to fundamental legal and economic research on processes of innovation and competition and their regulation. As an independent research institution, the Institute provides evidence-based research results to academia, policymakers, the private sector as well as the general public. 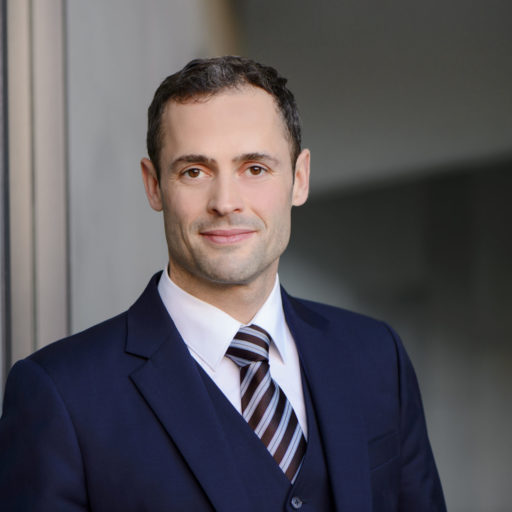 Peter Picht Prof. Dr. Peter Georg Picht, LL.M. (Yale), holds a chair for economic law at Zurich University, heads the University’s Center for Intellectual Property and Competition Law, and is an Affiliated Research Fellow with the Max Planck Institute for Innovation and Competition.

The Max Planck Institute for Innovation and Competition is committed to fundamental legal and economic research on processes of innovation and competition and their regulation. As an independent research institution, the Institute provides evidence-based research results to academia, policymakers, the private sector as well as the general public.