Since his entering into office a year ago, Italy’s Minister of Interior Matteo Salvini has proved to be the true leader of the governmental coalition between the Five Star Movement and the Lega, run by Salvini himself. His populist approach looks far closer to that of Orbán than to the confused ideology of the Five Star Movement. Contrary to the latter, Salvini always gives the impression of knowing exactly what he wants. Being far more predictable than his allies, he has succeeded both in seizing control of Italy’s political agenda and in gaining a huge electoral consent (34% of votes at the EP elections of 26th May 2019), not least because he knows how to fuel the popular anxiety.

His politics contrast with the main elements of a constitutional democracy, departing from the rule of law and the independence of the judiciary which still characterize the Italian legal order. Salvini simply ignores these elements, or despises what he knows of them. An example is afforded by the fact that, as reported from the press, some of his orders to the security’s authorities regarding the ban for migrants to enter on the Italian territory were given only orally, without being transposed into legal acts, which, of course, have to be laid down in written form. This behaviour has nothing to do with Fascism, to which Salvini is sometimes wrongly associated. It is rather a barbarian, or pre-modern, attitude of conducting public affairs. In modern states, rulers are bound to comply with the law, and this is possible through the adoption of written forms of whichever public communication.

If Salvini’s popularity will be confirmed at the next general elections, he might introduce a winner-take-all regime, through the election of some friend of his as President of the Republic when Sergio Mattarella will end his mandate (February 2022). This is the greatest threat for the Italian democracy, although for the moment we can only speculate on the matter.

What is instead already clear, and deeply worrying on constitutional grounds, is Salvini’s behaviour as Minister of Interior, particularly with respect to the migration issue. His politics of fear, if not his obsession for the “invasion of aliens”, has no correspondence with reality. Since 2016, the number of landings has decreased significantly. But the narrative of Salvini is triumphant in the media and particularly on the social networks. On 24 September 2018, the Council of Ministers approved the so-called “Security Decree”. While maintaining the forms of protection for refugees granted under the Geneva Convention on the Status of Refugees and the “subsidiary” protection as provided by EU law, such Decree abolishes the “humanitarian protection” clause, established in domestic law with a view to comprehend cases that did not fall under the already mentioned categories. Abolishing such clause contrasts with the broad range of protection for asylum-seekers as provided by Article 10 para. 3 of the Italian Constitution. Cases have been brought before the Constitutional Court and they are expected to be decided in the next months.

On the other hand, the Security Decree abolished the previously existing centers for the integration of migrants on the ground that they were too expensive without creating alternative or comparable ways of integration. Hence derives a huge increase of migrants wandering around in the towns as well as in the villages which increases the risk of them coming into contact with criminal organizations. This is exactly what a Ministry of Interior should aim to prevent. But this is also a way to fuel the popular anxiety which lies at the core of Salvini’s electoral successes.

Italy’s Minister of Interior is meanwhile acting as if he were Italy’s “Commander-in-Chief”, irrespective of the law and even of the competences of his (weak) colleagues of the Conte government. Given the fact that not only NGOs, which he claims to be allied with the gangs that organize the traffic of human beings from Lybia, but also the Italian Navy, continue to rescue people in the Mediterranean, Salvini has ordered to close the Italian ports to migrant rescue ships. The legality of such acts is highly disputed as they put human lives at risk.

The last episode is well known. On 29 June, the Sea Watch 3 ship’s captain Carola Rackete decided to dock in Lampedusa without authorization, with the motivation that the 53 migrants staying on the ship were exhausted. A military patrol boat tried to stop the vessel entering the port, moving back and forth to prevent it from docking. However, Rackete continued the manoeuvre, risking ramming into the military boat. She was arrested and accused by Salvini of trying to sink the boat. However, on 2 July, Rackete was released from house arrest after a court ruling that she had broken no laws and acted to protect the passengers’ safety. A strong conflict followed between the judge and the executive, although for the moment without legal consequences.

We do not know whether conflicts between the judges and the Ministry of Interior will open a further chapter of the endless saga affecting the relationship between the executive and the judiciary . In the recent decades, Italian judges have repeatedly proved to defend the law vis-à-vis various attacks from the executive. On the other hand, given the intrinsic weakness of politics, we have also experienced cases of ‘judicial populism’, particularly of public prosecutors. Respect for the rule of law should obviously be expected from both camps. For the moment, however, this seems no more than wishful thinking.

Explore posts related to this:
Migration, Rule of Law, separation of powers 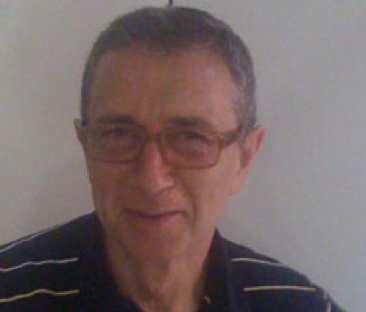 Explore posts related to this:
Migration, Rule of Law, separation of powers