Presidentialism à la Turka or what? The (missing) logic behind the constitutional amendments

The introduction of a “presidential system à la Turka” has been haunting the political agenda in Turkey for more than a decade. Since R.T. Erdoğan and his Justice and Development Party (AKP) came to power in 2002, they continually called for a strengthening of the executive branch in general and of presidential competences in particular. A first step in this direction was made in 2007 when direct election of the head of state was introduced after a fierce political and public debate. “Presidentialization” was also a key issue during the constitution-making process which then Prime Minister Erdoğan finally declared to have failed in late 2013. After Erdoğan had won the first ever direct presidential election in Turkey in August 2014, he immediately made clear how he intended to re-define the rules of the game. Erdoğan announced the introduction of an “active presidency”, characterized by constant interventions into day-to-day politics and open partisanship in favor of the AKP-led parliamentary majority.

Against this backdrop, the extensive constitutional amendments recently passed by the Grand National Assembly clearly represent one further (or even the final) step along this path, as Felix Petersen and Zeynep Yanasmayan convincingly argue. It would be highly misleading, however, to adopt the official rhetoric about the aims and the logic behind these institutional transformations. In the following, I will argue that 1) the constitutional amendments do not introduce a democratic presidential system but rather shake the democratic foundations of the political system to its core, and that 2) the inbuilt inconsistencies of the reform may well develop some serious unintended side effects causing political deadlock and institutional breakdown in the long run.

Above all, Erdoğan’s efforts to inscribe his understanding of presidential domination into the Turkish constitution should not be mistaken for a systematic turn towards a presidential model of government. While the academic debate about the strengths and weaknesses of democratic presidentialism in comparison to parliamentary democracy belongs to the classic controversies in social science literature since Juan Linz’ famous warning against the “perils of presidentialism” in 1990, there is broad consensus about the essentials of this form of government. Like in parliamentary systems, the mutual control of different branches of government is as important as their democratic legitimation by free elections. Whereas the institutional mechanisms of checks and balances differ, the very idea of separation of powers is identical. Hence, presidential democracy is characterized not only by a strong president, acting simultaneously as head of state and head of government, but also by an equally strong and institutionally independent legislative which cannot be dissolved by the president. As the juxtaposition of these two institutionally separated branches of government may well lead to a zero-sum game of mutual attempts at domination, a minimum of cooperation and reciprocal respect is even more important in a presidential setting than in a parliamentary system.

When read separately, some clauses of the 18 amendment articles voted by the Turkish parliament may fit the basic principles of democratic presidentialism. Others, however, fundamentally contradict it. Among the proposed changes which are per se compatible with the logic of checks and balances, the reorganization of the executive institutions is particularly important. According to the amended article 104, “the executive authority” belongs to the head of the Turkish Republic, including the right to appoint and dismiss cabinet ministers and “one or several vice president(s)” without legislative approval (Art. 106 (12)). Consequently, the institution of the prime minister as head of government, responsible before the Grand National Assembly, is abolished (old Art. 109). The introduction of a monistic executive also justifies that the head of the executive cannot be held politically accountable for his/her actions before the Grand National Assembly. Thus, the heading of Art. 105 will be changed from “presidential accountability” to “president’s criminal liability”. Besides, the president is no longer supposed to act in a non-partisan manner; amended Art. 101 allows the head of state to be a party member. Even the debatable extension of the president’s legislative veto and – still more problematic – independent decree power would not per se preclude a democratic interpretation of the new “presidentialized” constitution. As long as the legislative may overturn a presidential veto by an absolute majority of seats (new Art. 89) and legislative lawmaking may annul any executive decree (new Art. 104 (18)), the balance of power is precariously shifted in favor of the president, but not abolished altogether.

Read in combination with other important parts of the amendment package, the authoritarian character of the whole “presidentialization”-project becomes manifest: First and foremost, the institutional independence of the legislative assembly as an effective instrument of political control is at stake. The amended Art. 116 stipulates that not only the Grand National Assembly may decide by three fifths of its members to call for early elections, but the President of the Republic may also take this “renewal decision” at any time. Hence, the legislative will operate under the permanent threat of being dismissed by the head of the executive. Additionally, other legislative control mechanisms are abolished or severely weakened: Oral questions to be immediately answered by representatives of the executive are no longer allowed at all (new Art. 98), and the scope and rules of parliamentary investigations are narrowed down to impeachment proceedings against ministers or vice presidents (new Art. 98 in combination with new Art. 106 (5-7)). If implemented, these constitutional changes will prevent the legislative branch of government from fulfilling its core task of checking the power of the executive and thus undermine the very foundations of democracy in Turkey. The authoritarian approach of concentrating institutional power in the hands of an almighty president is further aggravated by massive attacks on the independence of the judiciary. As Maria Haimerl shows in her article, the third branch of government, which is crucial to parliamentary and presidential models of democracy alike, is already under great pressure in Turkey and will be further curtailed once the constitutional amendments are put into practice.

The risk of political deadlock and institutional breakdown

Beyond the supposedly authoritarian rationale that we see behind the discussed amendments, some new provisions will provoke confusion and risk to cause severe political deadlock in the long run. This is an obvious consequence of ‘grafting’ a comprehensively changed model of state organization onto an existing parliamentary system which continues to follow its own institutional logic. The most striking conflict between the old and new understanding of government structures occurs in amended Art. 106, which – in line with the logic of presidentialism – stipulates incompatibility of parliamentary mandate and government position in paragraph 4, but simultaneously grants government officials “parliamentary immunity on offenses that are not related to their duties” in paragraph 11. While the question how someone who does not belong to parliament nevertheless enjoys parliamentary immunity may sound absurd and thus potentially irrelevant, other inbuilt contradictions could cause real damage.

Several amended provisions create mutual dependencies between president and parliament without designing a clear procedure of conflict resolution. As already mentioned, the president enjoys independent decree power “on behalf of the Grand National Assembly” within certain limits set by amended Art. 104 (18). The same constitutional provision stipulates that “in case of conflict between the provisions of laws and presidential decrees, the provisions of laws shall be applied”. And, even more problematic, if parliament “legislates on the same issue, the presidential decree shall become null and void”. The constitution is silent on how to settle any disputes which will certainly arise between these two concurring legislating authorities. Similar problems are to be expected if the very complicated impeachment procedures against government ministers and vice presidents stipulated in amended Art. 106 will ever be initiated by a three-fifths parliamentary majority. The most consequential form of interlocking the fate of the – though institutionally independent – executive and legislative branches of government concerns the synchronization of electoral cycles. The authors of the constitutional amendments obviously put utmost priority to the fact that president and parliament should be re-elected simultaneously under all circumstances. Hence, in case of early dissolution of parliament, be it by the president or on the initiative of the deputies themselves, both institutions have to be re-elected on the same day (Art. 116). While this provision may open a backdoor for the president to stay in office for more than the officially allowed two terms (Art. 101(2)) by purposely dissolving the Grand National Assembly during his/her second term, it also offers almost unlimited opportunities to a hostile parliamentary majority to end the presidential term ahead of schedule.

As long as the political dominance of the presidential majority in parliament stays as overwhelming as it currently is, those scenarios may be of purely theoretical importance. Following this logic, any attempts of inscribing Erdogan’s interpretation of ‘strong’ presidential rule into the constitution seem unnecessary. In practice, the current president long since arrogated to himself some of the rights to be de jure attributed to him under the amended constitution without meeting any significant resistance. Actually, the current state of emergency grants him de facto omnipotence anyway. As we know (not only) from Turkish history, however, constitutional rules do play an important role in the long run, as even the mightiest political players do not dominate forever and political power constellations tend to change over time. In this perspective, the planned constitutional amendments are doubly dangerous: First, they push the already latently authoritarian but fundamentally democratic character of the current Turkish constitution towards a model of presidential authoritarianism and blatantly violate basic principles of separation of powers. Second, the significant change of government structures is forced onto the longstanding parliamentary traditions of the Turkish Republic in an unbalanced and poorly designed way. 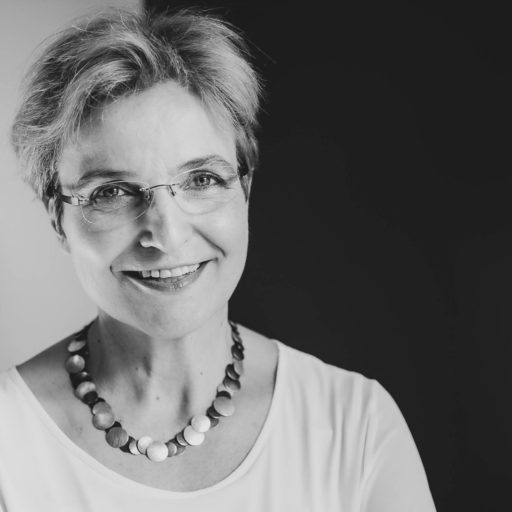 Silvia von Steinsdorff Silvia von Steinsdorff is Professor for the Comparative Study of Democracy and the Political Systems of Eastern Europe, Vice Dean of the Faculty of Humanities and Social Sciences, and Co-Director of the Integrated Research Institute Law & Society (LSI) at Humboldt-Universität zu Berlin.