The EU is experiencing internal dissatisfaction at its inability to supply Member States with enough Covid-19 vaccines, while other countries – notably the UK – are racing ahead of it towards the end of the pandemic. Not just the nationalist British press, but even committed Europhiles are joining in the chorus complaining that the EU has lacked dynamism and direction compared with its global peers, and both this rhetoric, and the limited vaccine supply, create stresses between the Member States and the EU. Membership is supposed to make states stronger and safer in a sometimes threatening world, and certainly to offer protection in a crisis. If, instead, the EU is part of the problem, then Member States will learn the lesson that they can better go it alone, and the future of the EU will be in doubt. The post-Brexit time was supposed to be when the benefits of membership would become crystal clear. Now a crisis risks turning that on its head.

Much criticism of the EU is unfair. It is being compared with countries that have shown more brutal and unashamed vaccine nationalism, but it should be proud that it has not gone down this path. By contrast, its role as global and regional vaccine supplier should not hide the fact that it has been too slow to recognize that vaccine sales cannot be left to the free market, while the Member States should not be allowed to hide their absence of leadership, initiative or organization behind critique of the EU.

A production and export powerhouse

So where did it go wrong? In many ways it did not. The EU has done an awful lot right. Where it has been weak is in governance: in exercising power over the market. Other vaccine producing countries have long been aware that where vaccines go is a matter for public power. The EU seems to be learning this only now. Its technocratic bias towards freedom of contract and free trade is suited to times of calm stability, but not to crisis.

On production it has done a good, if not perfect job. The EU is probably the third biggest vaccine producer in the world, close on the heels of the US and China, and is planning dramatic further increases during 2021. By comparison with the UK, which has been reliant on imported vaccines, its scaling up has been effective, albeit that discussions about producing under licence and building new plants began ridiculously late: these were order of the day in early 2021, whereas they should have been planned in detail in the summer of 2020, when it was already clear that vaccine supply was going to be a global issue.

It is getting some unfair criticism for its contracting. There is extensive comparison being made between the EU and UK vaccine contracts, the latter having stricter terms. However, the UK’s approach of insisting it be supplied first is not a game that everyone can play in a zero-sum situation. In any case, this has only been relevant as yet to the supply of Astrazeneca vaccines, and there are simply not enough of those going around to make much difference. The EU may succeed in getting a larger share of local production, but it will still be a relatively small amount.

Rather, the reason for the EU internal shortages are that it is exporting huge amounts, and while the UK may be the biggest destination, having received 2/3 of its vaccines from the EU (and much of the rest from India), those exports are still only around a quarter of the EU total. The EU has produced more than 165 million vaccines, enough to provide a first dose to well over a third of its population, comparable to the US, but has exported nearly half, so that even well-organized Member States have vaccinated less than 20% of their population. Moreover, some of its exports have gone to states that are themselves a far higher level of coverage, notably the UK and Serbia.

The exporting as such should not be seen as a mistake. Vaccine production is a complicated and high-tech business, and those countries capable of doing it have a global responsibility. It would be shameful to insist that everything goes to the EU first, and the rest of the world can wait. If the US is doing exactly that by law, and the UK effectively the same by contract, then the EU should be proud that it has not stooped to their level of unmitigated selfishness and insularity. It is supplying dozens of countries, and is the major donor of vaccines to Covax, and even if this limits the domestic supply it is a decent and ethical approach – the major failure here is not one of behaviour, but that no-one in the EU seems capable of telling this story clearly.

Indeed, the EU’s greatest achievement is getting agreement from the Member States to purchase collectively. This is an act of solidarity between the producing states and the others. If Germany, Belgium and the Netherlands, the largest per capita producers on the planet, had taken a US or UK approach they would be out of the pandemic by now. Certainly, regional solidarity is less striking within the context of the EU than it would be in some regions, but it nevertheless stands out and deserves to be named. No-where else have producing countries provided so much to their neighbours, at such cost to themselves.

Too much faith in the free market

However, despite the admirable side to the freely flowing EU vaccines, there is also a failure to manage that flow. Vaccines are a matter of life and death. They are too important to be left to the whims of sale and purchase. Back in early 2020, when it was apparent that vaccines were going to be key to ending the pandemic, the EU should have been formulating a legal framework for when and how and under what circumstances vaccines would be exported. Where vaccines go should not be just a matter of who is able to buy them. That is not to say that it should have curtailed all freedom for producers to sell and deliver, but that it should have recognized that this had to happen under supervision, and might have to be limited at times. Every other major vaccine producer realized this straight away: where vaccines go from China or India, and the fact that they go nowhere from the US or the UK, is a matter that the governments of those countries have actively in hand.

As well as this, the EU should have realized that information would be essential. All parties to vaccine contracts seem to treat them as top secret, and while the EU is relatively transparent and open, its producers are not. If the life of your population, and the population of other states, depends on a product, the governing power needs to know where it is being made, and how much of it, and where it is going, and the EU should have taken the appropriate legislative or other action to ensure access to this information a year ago. It is ridiculous that in spring 2021 the EU is only now beginning to find out how much has come from the Halix plant in the Netherlands, and only now beginning to formulate a framework for exports. It is, on first appearances, a good framework, embodying a serious attempt to balance global responsibilities with domestic needs, but it is much too late.

These failures are a failure to exercise governmental power. The EU has been good at facilitating and participating in market processes, but it has not behaved enough like a government in a crisis. Yet can we reasonably expect that? The Commission is designed and trained to be a market-maker pur sang. The vaccine shortage now demands that market processes be subordinated – at least to some extent – to state planning and supervision, in a switch that is common in times of war or emergency, but alien to the practices of the EU. Indeed, the EU has been most dynamic within the comfort zone of its usual economic competences, proposing responses to do with resource allocation, spending, and investment. Maybe it is inevitable that a defined-competence organization such as the EU will respond to crisis in a path-dependent way determined by its usual exercise of those competences’. One cannot expect a technocratic regulator of normality to change overnight into a ‘whatever it takes’ manager of a state of exception.

Those who should be able to do this,  the political leaders with open ended competences, a supra-economic mandate from the people, and with the primary responsibility to protect the most essential interests of those people, are national governments. The EU co-ordinates, but the core responsibilities of public power – to protect our security, our health, and our lives – are above all with the states.

These seem to have been on holiday. Surely it was also for the Merkels, Macrons and Ruttes to ensure that even in the summer of 2020 they were in daily contact with the bosses of every organization with vaccine producing facilities, that they were thinking about where those vaccines should go, how they could achieve the right balance between domestic supply and global responsibility, and what laws would be needed to make that happen. This is the stuff of high politics, and sometimes of raw power, and it is still the world’s presidents and prime ministers who are expected to take the lead here. Yet the fact that public intervention in production and exports is only beginning in early 2021 suggests an absence of that leadership. Instead, national governments seem to have assumed that since the Commission was doing purchasing, they could think about other things – although given the generally unimpressive way in which Member States are administering even the vaccines that they have received, it is not clear what those other things were. National governments have been the great disappointments of this crisis.

The consequences of this are potentially threatening to the EU, as more and more voices unhappy with the status quo express the, largely ill-informed, view that they would have been better going it alone. Populism does not thrive because it has good solutions, but because it names the failures of those in power. It still seems possible that the EU will stir itself in time, and that over the next few months Europe’s vaccine rollout will catch up, and improve the mood. However, that should not stop us learning the important lesson of the last 12 months, and to some extent of the last five decades: the EU can smooth many pathways, but it will do most for the quality of life of Europeans when it is no longer treated as an excuse by Member States to neglect their responsibilities at home. If Europe turns multi-level governance into another zero-sum game, it misses the opportunities that lie before it. 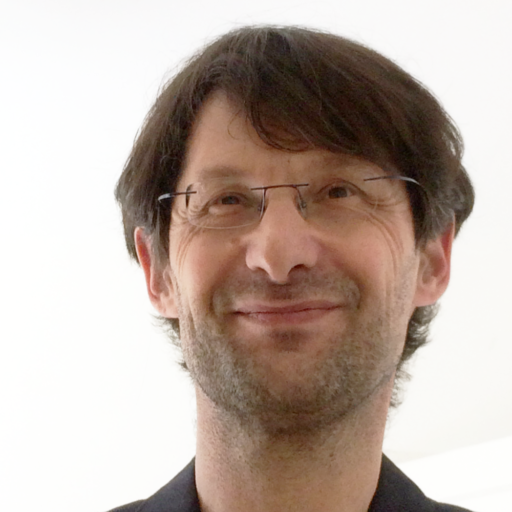