Qatargate: The tip of the iceberg?

When Qatargate made headlines some weeks ago, it reminded me of the mani pulite or “clean hands” scandal in Italy in the early 90’s. The question is whether the Qatargate scandal is confined to a few rotten apples in the European Parliament or whether it is symptomatic of a much more widespread disease. I am inclined to believe that the second diagnosis is the right one. I am also convinced that the European Parliament is just the most visible perpetrator. Even though the Parliament’s President Metsola has come out and denounced the scandal as an external attack on EU democracy, I am certain that suchattacks would not have had the impact that is emerging if the European Parliament and the European Union had organised themselves adequately to counter them or at least limit their effects.

Moreover, we all know that since the Treaty of Maastricht, the increase in power of the democratic institutions of the European Union has attracted the attention of lobbyists from all over the world, including some who are more than willing to bribe their way to achieving their economic and political goals. Most of the interinstitutional legislative agreements are achieved through opaque negotiations.

So, the question is how can we prevent external influence in a European Union which should remain open to society while promoting participatory democracy as required by Articles 11 TEU and 15 TFEU? In my opinion, some measures need to be taken at the general level while others should be adopted by the European Parliament itself.

Enshrining the principles of transparency and good administration in binding legislation

It is strange that the European Union, which is so insistent that Member States and third countries should comply strictly with the rule of law, does not yet have a binding global framework for implementing the principles of transparency and good administration enshrined in Articles 41 and 42 of the Charter of Fundamental Rights. Those articles could be implemented using Article 15 TFEU, which requires legislative transparency and a right of access to documents, and Article 298 TFEU, according to which “In carrying out their missions, the institutions, bodies, offices and agencies of the Union shall have the support of an open, efficient and independent European administration” and the European Union shall establish provisions to that end.

Unfortunately, 13 years after the entry into force of the Lisbon Treaty, legislative transparency is far from being ensured and Article 298 TFEU on good administration has only been triggered this year for the first time and then only in order to frame the security of classified information. The current rules for the EU Civil Service (the Staff Regulation and the Financial Regulation ) remain very general and do not cover, for instance, the need for transparency or the complex problems arising from the growing importance of an integrated supranational/national administration (take, for instance, the case of Schengen Cooperation or of Integrated Border Management, where it still hard to distinguish what falls under the responsibility of Frontex and what under the responsibility of the national administrations…)  Now, can we still delude ourselves that an administration of more than 60.000 officials, seven institutions and over thirty decentralised agencies and several others in charge of executive tasks  can function properly in the absence of a common administrative culture? In my opinion, more than seventy years after the founding Treaties, the time has finally come to put some order into the EU public administration, as was formally requested, to no avail, by the EP itself years ago.

Strengthening the accountability of the Members of the EU Institutions

Of course, in order to cover this gap, the institutions have provided in their respective rules of procedure for a number of constraints and mechanisms, but these have unfortunately proved to be rather generic. Codes of conduct have been adopted and registers of lobbyists created but only on a voluntary basis, rather than constructing them on a legislative basis (Art.15 TFEU). Regrettably, these are just soft law which does not create real obligations and rights and can be regarded as mere fig leaves that can be easily circumvented.

Preventing maladministration is not enough. We also need stronger rules on the prosecution of active and passive corruption on the part of members of European institutions, agencies and bodies. Now, the crime of corruption is included in Article 83 of the Treaty on the Functioning of the European Union among the so-called Euro-Crimes, but, once again, the current rules mainly concern the Member States and are limited in scope, such as the „PIF“ Directive 2017/1371, on the fight against fraud to the Union’s financial interests by means of criminal law,  or  procurement rules, or money laundering. It now seems as though the Commission is finally preparing a legislative proposal on the fight against corruption, also because the European Union is party to the United Nations Convention against Corruption (UNCAC) and wants to join the coordination group (GRECO) of the Council of Europe countries fighting corruption. In light of the Qatargate scandal, however, it is now a question of whether the same rigour will be applied in the fight against corruption also within the institutions and in areas other than the protection of financial interests, such as illegally favouring the interests of a third country.

In any case, even clear rules and sanctions become a dead letter if there are no authorities capable of enforcing them. Now, it is true that, according to the Treaty, there are already structures that could be activated in cases of maladministration or mismanagement of resources, such as the Ombudsman or the Court of Auditors itself, but in fact the latter have so far proved to be paper tigers because, in defining their powers, the Member States and the European Parliament itself have been careful not to provide them with adequate instruments of inquiry.

The same can be said of OLAF, an independent structure but internal to the Commission that does an excellent job with regard to the EU “machine” but which, having no judicial powers, has to pass the papers to national prosecutors, who are not always as reactive as the Belgian prosecutor was in the case of Qatargate. The question, therefore, arises as to whether it would not be appropriate to extend the competence of the European Public Prosecutor (EPPO) beyond the protection of financial interests under Article 86 TFEU.

In its first resolution on Qatargate, the European Parliament referred to the creation of a new ethics body via an interinstitutional agreement for protecting and promoting ethical principles within the institutions and agencies.

Speaking of the European Parliament

My impression is, however, that founding such a new entity via a simple interinstitutional agreement could be an erroneous “good idea”, notably in the absence of a clear framework of rules on transparency, good administration and the prevention and prosecution of corruption, and, thus, liable to turn out to be yet another fig leaf.  Moreover, I am still convinced that a specialised authority should be created notably for the European Parliament to preserve and even develop its powers as well as its organisational independence but also to prevent future abuses while maintaining and strengthening its openness to society, as it is the only EU institution directly elected and accountable before EU citizens.

There is already an EU Regulation establishing an  “Authority for European political parties and European political foundations” in compliance with Article 224 TFEU which is in charge of verifying compliance with the values on which the Union is founded, as expressed in Article 2 TEU; why not widen the scope of its competencies and empower it with credible powers of investigation also towards the EP Political Groups whose members have been elected based on a proposal by the same Political Parties?

Unfortunately, however, especially over the last decade, the European Parliament has acted, to say the least, in a contradictory way precisely when it comes to transparency and good administration. On the one hand, there have been repeated plenary resolutions in favour of these principles, and on the other hand, internal governing bodies such as the Bureau (which brings together the President and the 14 Vice-Presidents) have moved in the opposite direction, unfortunately with the support of the EP General Secretariat.

Thus, even today, after the General Court declared in 2018 that documents exchanged with the Council in legislative trilogues are of a legislative nature, these documents are still not listed by the EP Bureau Decision along with the other preparatory legislative documents which should be published proactively. As a citizen, you may ask to have access to these documents but only after going through exhausting procedures (whereas lobbyists obtain them without difficulty). This lack of legislative  transparency is even more in contrast with the advertisement campaigns financed by the EP and its representation offices set up in the Member States and third countries to “promote” the image of the institution.

But it is, in my opinion, at administrative level that the principles of good administration are violated now that posts of officials in the General Secretariat are filled almost systematically by officials of political groups through internal competitions (the so-called “passerelle”), with all due respect to those who delude themselves that they can enter the European Parliament through public competitions (as provided for in the Staff Regulations). It is, therefore, not surprising that former officials of the political groups are reluctant, once they become officials of the General Secretariat, to monitor or worse to denounce cases of corruption or maladministration on the part of Members in the appropriate forums.

But perhaps the most obvious example of this systematic occupation by the political groups of positions of power in the administration has been the establishment of 14 General Directorates and dozens of Directorates, not to speak of the appointment of the new EP Secretary-General which was in some way imposed by the Presidency of the European Parliament despite all the protests of the staff unions and the denunciations of the press.

Moreover, over time, the EP’s Rules of Procedure have become a 160-page book with different layers of rules and multifarious structures and procedures which gives no clear view of what is happening or should happen. On the other hand, some essential decisions such as the appointment of legislative rapporteurs are taken not in the light of the merits and competence of the MEPs concerned but according to scores and methods (such as the so-called d’Hondt method) which are absolutely abstruse and incomprehensible to people outside of the institution.  In this context of opaque procedures and poor control by the political groups themselves, it is not surprising that some MEPs considered that they enjoyed a kind of impunity, and that the Brussels “bubble” could continue to remain impervious to external controls.

We are a year and a half away from the end of the parliamentary term. Our only hope as citizens is that under pressure from the hundreds of honest and competent MEPs who are still working in the House, it will be possible to relaunch the work and the image of the Institution starting from political groups and by the internal bodies of the EP, such as the Bureau and the Conference of Presidents, which appear to have lost their compass. 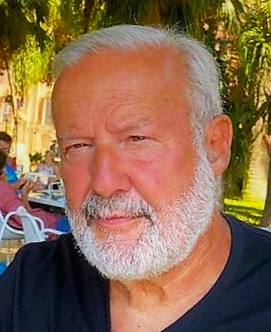