Quarantine, State of Emergency, State of Enforcement, and the Pandemic in Peru

Before beginning on the subject, please allow me the following reflection: the COVID-19 pandemic and the restrictive measures adopted across Latin America have increased insecurity, suffering and hunger for millions across the region. Although restrictions on free transit, freedom of work, and freedom of assembly, among others, are legitimate – given that social distancing is the only weapon against this virus – we must be aware that millions of people in Latin America  survive due to their work in the informal sector. It is unacceptable that for many, the only options during this pandemic are to be killed by hunger or by COVID-19. For this reason, following this emergency, the region must resume a debate about the relevance of a new social or welfare state, without corruption, that can provide basic public services including healthcare.

Almost all governments in Latin America – with the exception of Nicaragua – have taken exceptional measures to stop the uncontrollable spread of COVID-19, be it through declaring states of emergency or public health emergencies. Faced with this, there is a valid fear and mistrust that these measures could exacerbate abuses of power or increase human rights violations. This mistrust is understandable, considering the continent’s terrible history of civil and military dictatorships utilizing states of emergency to persecute political opponents and social leaders, and of regimes who, thanks to the abdication of ordinary justice – and the leading role of military courts – were able to commit serious human rights violations and acts of grand corruption with impunity.

This fear and mistrust is also understandable when confronted with the governing style and narratives of some presidents currently in power. This is the case in the United States with Donald Trump; in Brazil with Jair Bolsonaro; in Venezuela with Nicolás Maduro; in Nicaragua with Daniel Ortega and in El Salvador with Nayib Bukele.

On the other hand, all democratic legal frameworks in the region contemplate cases of constitutional exception in the face of unforeseen or emergency situations including natural disasters, warfare, major social unrest, and epidemics, among others. In such cases, among other possible consequences, the Executive can be granted exceptional powers that permit the restriction of fundamental rights regarding security, public budgets, public health measures, market regulation, and border control, among others. The Executive is also granted special powers in regard to the armed forces and police.

As a counterweight to these constitutionally granted Executive powers, constitutional frameworks also typically provide for various types of parliamentary political control: from obligations to be duly informed, to approving ex post or ex ante the states of exception. Another key counterweight is, without a doubt, freedom of expression, the press, and access to public information, none of which form part of the list of fundamental rights that can be restricted or suspended during states of exception. The media and social networks are essential for making visible and denouncing possible abuses of power, and precisely for that reason some authoritarian rulers, like Bolsonaro in Brazil, Nicolás Maduro in Venezuela or Daniel Ortega in Nicaragua, have restricted, or tried to restrict, these freedoms.

Without a doubt, another advancement in Latin America’s judicial landscape (among other advances in human rights and democratization), is the narrowing of military jurisdiction to encompass only crimes committed in the course of military work and only crimes committed by members of the military. This has been one of the most significant contributions of the Inter-American human rights system to strengthening the rule of law in Latin America.

Another essential counterbalance to these executive powers is a more recent democratic achievement in Latin America: judicial controls, (which can now be exercised in most countries across the region) over the actions of law enforcement as well as measures adopted by governments that, even in a state of emergency, may be unconstitutional or  constitute violations of international human rights standards.

In the case of Peru, the national government has implemented a set of security, health, economic, and labor measures, among others, to deal with the pandemic. In this brief note, we will focus on the first group. As is to be expected in a presidential system of government, the declaration of a “state of emergency” – one of the two types of “states of exception” provided for in Article 137 of the Constitution – is a power of the President of the Republic, who is only required to inform Congress. During a state of emergency, personal freedom, the inviolability of the home, freedom of assembly, and freedom of movement may be restricted, and the armed forces may engage in domestic law enforcement activities which, under normal constitutional conditions, are the responsibility of the National Police. No other civil or political rights may be suspended.

Within this framework, the government issued Supreme Decree No. 044-2020-PCM declaring a state of emergency on March 15 and, subsequently, Supreme Decrees No. 051-2020-PCM and No. 064-2020-PCM, which extended it until and including April 26; that is, a state of emergency lasting a total of six weeks and it´s possible it may take a few more weeks. While this constitutionally permissible action confers special powers on civilian, military, and police authorities, it is not a carte blanche for potential abuses of power or human rights violations. It is clear from Article 200 of the Constitution, first, that the judicial protection of fundamental rights is not suspended during states of emergency and, second, that the authorities’ actions must be governed by the principles of reasonableness and proportionality. The case law of the judiciary and the Constitutional Court is consistent in this regard.

However, as of April 7, 52,000 people had been arrested for not complying with the daytime restrictions on movement – you can only leave your house to buy food, basic necessities, and medication, or in the case of a medical emergency – or the nighttime ban on movement during curfew hours (total restriction). Most of these people are taken to police stations where they are searched and held for a few hours; those who assault military or police personnel, or are repeat offenders, are subject to criminal charges. In other words, the failure to comply with compulsory social distancing – which is the most essential measure to stop the uncontrolled spread of the pandemic – has been the main reason for these arrests. There have been no reports of torture, but there have been some isolated cases where police have subjected transgender people to degrading treatment, which the president has publicly condemned.

In situations like these, there is always a danger that military or police forces may abuse their power or violate human rights – an unfortunate reminder of the civilian and military dictatorships that Peru endured in the past, most recently that of the now imprisoned ex-President Alberto Fujimori (1992-2000). Nonetheless, they have kept their actions in line with the constitutional framework thus far, with the exception of a few reprehensible isolated cases reported by the press and on social media, which have garnered an almost immediate reaction or response from military and police chiefs, ministers, and the president. Among other reasons, we believe that this is due to the democratic nature of the current administration of Martín Vizcarra: there is a balance of powers with the new legislature now in place, with the judiciary, and with the other autonomous constitutional bodies such as the Public Prosecutor’s Office. No political opponents or social leaders are being detained or persecuted.

Another essential feature that makes the current state of emergency compatible with the democratic framework is the existing freedom of expression and of the press, which are neither suspended nor restricted. From the first day of the mandatory quarantine, social media, journalists, and traditional media outlets have been reporting, monitoring, and sometimes denouncing any indication or situation of abuse of power or violation of fundamental rights by military or police personnel.

In this context, what has set off alarm bells in national and international human rights organizations (including the IACHR) about the risks of military or police action during the current state of emergency has not been – fortunately – any systematic pattern of violation of fundamental rights as in the past; rather, it was the March 28 publication of Law No. 31012, the Police Protection Law, which unnecessarily and inappropriately grants certain criminal and procedural privileges to police that are contrary to the Constitution and international standards and which, if applied, could provide a cloak of impunity for potential human rights violations against the civilian population. It also sends a terrible message to the National Police which, despite much room for improvement, has made efforts in recent years to ensure that its actions are consistent with a democratic society. In particular, the following areas of this law are of concern:

It is therefore clear that in the interpretation of the principle of reasonableness and in the use – or   not – of precautionary measures restricting freedom, this law seeks to curtail prosecutorial and judicial action in a manner contrary to the Constitution and the American Convention on Human Rights. However, it should be noted that this law was inherited from the previous Congress, which had a pro-Fujimori majority and was dissolved on September 30, 2019. The previous Congress passed this legislation, but the President of the Republic disagreed with it and declined to sign it into law. He also did not state his objections to it (they apparently missed the deadline for doing so) and, in view of this, Article 108 of the Constitution provides that the legislature itself should enact and publish the law, which the new Congress did once installed.

Faced with this controversial law, one legislative caucus has already introduced Bill No. 4962/2020 to repeal it and another has announced that they will challenge its constitutionality before the Constitutional Court. It is fair to say that the law does not reflect the political will of the current administration or of the newly installed Congress. On the contrary, the Regulations to Legislative Decree No. 1095 governing the use of force by the armed forces, Supreme Decree No. 003-2020-DE, which was published on 15 March last as part of the government’s package of measures to deal with the pandemic, clearly establish that military personnel who, in the performance of their duties, are “charged with a crime or misdemeanor as defined by ordinary criminal law” will be subject to the jurisdiction of the ordinary criminal courts rather than the military police courts (Article 42 of the Regulations).

In this regard, the Police Protection Law has sown legitimate fears about the conduct – which has been appropriate at least up until now, with some reprehensible exceptions – of the armed forces and the National Police during this health emergency.

This article in English is an adaptation and update of a previous Spanish version published by the author on April 6 on the “Justice in the Americas” blog of the Due Process of Law Foundation (DPLF): http://dplf.org/sites/default/files/peru_david_lovaton.pdf 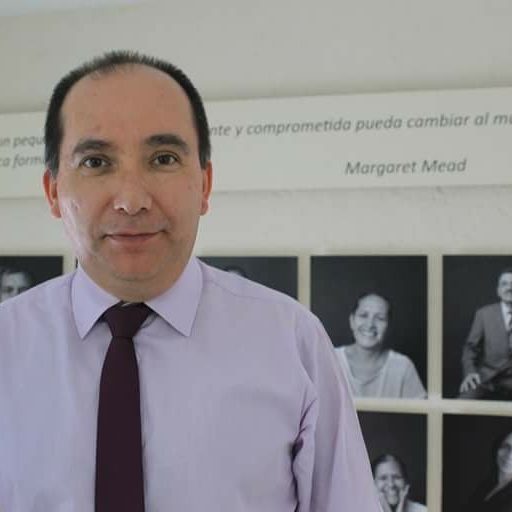