For many years, Frontex and border control were of little interest to the wider European public. This changed in the wake of the so-called ‘migrant crisis’ as the agency and its various activities were thrust into the limelight due to a steady stream of allegations of misconduct. What has so far received only limited attention, though, is an underlying change of direction as the agency increasingly moves from a preventive mindset to a more repressive one. This progressive slide from a mandate focussed on coordination and prevention to a far more robust mandate including executive functions following a repressive logic will constitute the core of this blogpost.

The backdrop: Frontex and securitization tendencies

Frontex was established in 2004 through Council Regulation (EC) No. 2007/2004 to coordinate border controls at the periphery of the Schengen area. The rationale behind this was that security within the area would depend on proper controls at its external borders. The focus on the external borders was accompanied by a gradual securitization of migration. Migration was progressively seen not so much in terms of immigration policy but instead perceived as a security issue. This process already started in the 1980s but came to the fore on the international level following the 9/11 attacks as migration was increasingly conflated with criminality and terrorism.

In Europe, securitization gained fresh momentum after the attacks in Madrid (2004) and London (2005). Politicians of all stripes went on to clamour for rigorous border controls to bolster intelligence and, thus, enhance security. The same dynamic became apparent during the ‘migrant crisis’ of 2015, leading once again to calls for stricter border policies to keep out criminals and terrorists. Judging by the most recent EU security strategy of 2016, which stresses the link between migration and security, it is by now effectively a received wisdom on the political plane that migratory movements pose a security risk and must be dealt with deftly at the external borders to maintain law and order. The corollary of securitization were huge increases in financial and personnel resources made available to Frontex, in particular by the latest mandate revision in 2019. In order to strengthen the management of external borders, the agency is to be provided with a standing force of 10.000 border guards by 2027. It is therefore planned to fund its activities to the tune of € 1.3 billion in 2019–2020 and supply € 11.3 billion for the years 2021–2027.

Go forth and multiply: The rapid expansion of the agency’s initial tasks and powers

The deployment of these resources is considered necessary to enable Frontex to deal with an expanding variety of tasks. Initially, Frontex had a fairly limited mandate focussed primarily on coordination. The idea was that the efficient implementation of the common rules (i.e. the Schengen Borders Code) would prevent problems cropping up at the EU’s external borders. Frontex was to provide guidance and support, while the implementation of the common rules remained firmly within the remit of the Member States. This preventive mindset was underlined by a mandate focussing, next to coordination, on risk analysis and common training standards to ensure that problems could be nipped in the bud.

But already in 2007 the first move towards a more operational direction occurred as Regulation (EC) No. 863/2007 enabled Frontex to deploy ‘Rapid Border Intervention Teams’ (RABITs) to Member States struggling with ‘large numbers of third-country nationals trying to enter the territory of the Member State illegally’. After a request by Greece, the first RABIT mission involving officers from 26 Member States was deployed to the Greek-Turkish border in 2010. This, however, was only the first in a series of steps shifting the balance of power between the Member States and the agency. In 2011 Frontex was enabled to ‘initiate and carry out joint operations and pilot projects in cooperation with the Member States’ and to set up European Border Guard Teams that could be deployed outside the narrow framework of the RABIT-Regulation.

In 2013 the European Border Surveillance System (Eurosur) was established. Eurosur is an information-exchange network comprising Frontex and the Member States. Within this framework, border surveillance data is collected both nationally and at the European level by making use of surveillance tools ranging from satellites to mobile sensors. Frontex uses this input to compile a situational picture covering the external borders as well as the ‘pre-frontier’ area, a vast expanse that according to Article 3 of the Eurosur-Regulation covers ‘the geographical area beyond the external borders’. To justify the establishment of Eurosur, it was argued that enhanced data exchange would augment the capability to save lives through the detection of unseaworthy vessels.

But this was not the only reason for the deployment of surveillance resources on that scale. In fact, the network should, according to its founding Regulation, also help with ‘preventing and combating illegal immigration and cross-border crime’. While there are still strong preventive elements, especially with regard to the prevention of crises occurring at the borders through better intelligence, the explicit linking of crime fighting and border controls marks a clear repressive turn. It can be added here that, although somewhat removed from the then mandate of Frontex, the task of collating the data and forwarding it to the relevant recipients fell to the agency. It was thus ultimately Frontex that orchestrated the operation of Eurosur.

In 2016, as the consequences of the ‘migrant crisis’ were still reverberating through European politics, Frontex was remodelled as the European Border and Coast Guard Agency. A controversial Commission proposal initially envisaged a right to deploy Frontex members on the territory of a Member State if that State did not take ‘the necessary corrective measures’ or faced ‘disproportionate migratory pressure’. Without, however, previously consulting the Council or the concerned Member States. Had the Commission proposal been adopted, this would have amounted to a ‘right to intervene’ for Frontex that, in turn, would have put paid to the idea that the Member States are ultimately responsible for border controls. While the contested Commission proposal did unsurprisingly not survive the ensuing trilogue, 2016 marks the year when ‘addressing serious crime with a cross-border dimension’ is first mentioned explicitly among the aims of the refurbished mandate of the agency. It is furthermore noteworthy that the competences of Frontex regarding return as well as search and rescue operations were broadened significantly under the new Regulation. This reflects the growing operational role the agency played since the height of the ‘migrant crisis’ in 2015. The involvement with the execution of return operations also underlines the shift towards a more repressive posture.

In 2018, the Commission once more tried and failed to establish a ‘right to intervene’ for Frontex. However, the Commission managed to get through a huge increase in the resources available to the agency. Importantly, the provision of a standing force of 10.000 officers by 2027 will allow the agency to become far more active at the operational level. What is more, the task of ‘combating of cross-border crime’ is for the first time prominently mentioned in Article 1 of the revised Regulation as an official objective. At the same time, the scope of ‘cross-border crime’ is broadened and now also encompasses attempted crimes. This, in turn, reinforces the surveillance portfolio of the agency. In light of these developments it seems only fitting that Eurosur is officially folded into the Frontex Regulation. Once again, executive functions—in particular the mandate for joint return operations—were reinforced by the reform of the agency’s legal basis.

The repressive turn is further underlined by the cooperation of Frontex and Europol. The first agreement between the two agencies was already concluded in 2008. A revised agreement was signed in 2015, with a ‘Joint Action Plan’ being published in 2019. The main aim of the cooperation is to make information gathered by Frontex, especially data collected through Eurosur, available to Europol for crime fighting purposes. In a similar vein, Frontex agreed to participate in the ‘Crime Information Cell’ that sits within the framework of Operation Sophia, a naval operation deployed under the EU’s Security and Defence Policy. In this framework, where Europol acts once again as a partner, Frontex is to contribute to the development of a comprehensive intelligence picture, on the basis of which cross-border criminal activity can be tackled.

The upshot is that Frontex nowadays regards addressing cross-border crime as a core task. Its executive director Fabrice Leggeri reportedly even claimed that Frontex could be considered ‘a law enforcement agency at EU level’. Paradigmatic for this new mindset is the recently implemented Joint Operation Themis, which has an ‘enhanced law enforcement focus’. The official aims therefore include the seizure of contraband and the detection of foreign fighters.

What emerges is a picture of ever-expanding activities with a steady move in a more repressive direction. Frontex is no longer just tasked with coordinating the management of the external borders but is instead expected to fulfill the role of a fully-fledged security agency. The influence and powers of the agency have increased enormously over the last few years, which is not surprising given the fact that border related issues are mainly seen through the prism of security, a hot-button issue for which more money and personnel always seem to be available.

Unfortunately, this increase in power has not been accompanied by a proportional increase in oversight. Many of the activities of the agency remain shrouded in secrecy as cases with the European Ombudsman and the EU judicature show, making it very difficult to assess compliance with the relevant rules. Likewise, the European Parliament has only constrained means of control, mainly regarding the budget of the agency. This limited accountability of Frontex is exacerbated by the move in a more repressive direction, which is liable to give rise to issues of fundamental and human rights violations. While some internal mechanisms were established to safeguard the rights of individuals, individual legal protection remains rudimentary and judicial control elusive. It is thus high time to increase the transparency of Frontex and to provide clear rules for the allocation of responsibility through legislation in order to facilitate better oversight by the European Parliament as well as EU Courts. 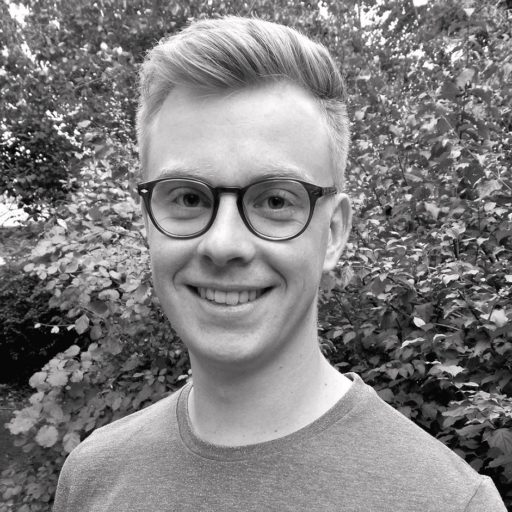 Samuel Hartwig Samuel Hartwig is a doctoral researcher at the Max-Planck-Institute for Foreign and International Criminal Law in Freiburg.

No Comments Join the discussion
to receive information about new articles and services of Verfassungsblog.de. I know that I may withdraw my consent at any time. More information in the privacy policy.
Verfassungsblog complies with the new GDPR.
Read about it in our Privacy Policy. I opt-out
permanently of anonymized tracking via Google Analytics on Verfasssungsblog.de. This will create a cookie on your device to save your decision.
Nach oben