« Give back to Caesar what is Caesar’s and to God what is God’s ». The principle, which in its secular form translates into the principe de laïcité in France, calls for a separation between State and Church. The highest administrative court of appeal revisited on Wednesday the principle in a case concerning the installation of Christmas cribs in town halls.

Christmas, in certain circumstances, has its place in the Republic. Judges have agreed in a plenary session reviewing two different Court of Appeal cases (courtyard of Melun’s town hall and hall of the departmental council of Vendée) that a Christmas crib in a public building doesn’t a priori represent a threat to secularism. In fact, the installation is legal, says the Conseil d’Etat, provided that particular circumstances give it « a cultural, artistic or festive character ».

In the first case concerning Melun, the Conseil declared the Christmas crib illegal because it didn’t comply with the new requirements, and in the second one concerning Vendée, it sent the case back to the Court of appeal for it to review whether the particular circumstances are met.

No doubt, to limit the cases of legal installation is the best way to make us drink the kool-aid. But it undermines secularism as well as legal certainty to an absurd degree. Could it be that some sort of religious symbol for Easter be also permitted in April due to its festive character ?

Finally, another thing is required: the temporary character of the installation, which allows for a crib at Christmas, but not a cross throughout the year.

In an attempt to be helpful, the Conseil d’Etat advises us to look at the context, the particular conditions of the installation, the place of the installation as well as the existence of a local tradition. On account of the decision to declare illegal Melun’s crib, we can imagine that these four concerns are not cumulative conditions, for in this case none of them were met.

The decision is questionable for two main reasons: its foundation is doubtful, and its outcome unsatisfactory.

The Conseil mentions the First and Second Article of the 1958 Constitution, as well as Article 28 of the 1905 law on the separation of the Church and the State and deduces correctly that in a public building, « any sign or emblem which manifests the recognition of a cult or marks a religious preference » breaches State neutrality. The Conseil then justifies the allowance made for the christian faith on the alleged « plurality of significances » of Christmas cribs, a little like Santa Claus can evoke Coca-Cola as well as Saint Nicolas.

This is a relatively new argument, which replaces the until now main defense for religious manifestation on the part of the State: tradition. It is highly questionable to suppose that tradition alone gives you a right to unequal treatment. Since the very intent of the 1905 law was to quench inequality, tradition does not, or at least ought not to undermine the written law. However, the judges’ argument doesn’t hold either.

The extreme care which the State takes in preventing religious proselytism ought to have rendered it indifferent to the different significances a Christmas crib may or may not have. The coherence of forbidding a seventeen-year old high school student from wearing a cross, a hijab or a kippah, out of fear for the influence it may have on other students, but allowing for a city hall to exhibit a Christmas crib is at least dubious.

Secularism was not an inescapable step in French legal history. It was a conscious choice, based on the aspiration that the best way to treat equally citizens of different faiths or no faith at all was to approach religion with indifference (see Aristide Briand’s 1905 report). Approaching it with indifference does not mean ignoring it, or wishing it to disappear from public space altogether, which right and far-right political programmes alike call for since the beginning of their campaign. This movement towards a « nouvelle laïcité » has been denounced by intellectuals and jurists after the polemical Baby-loup case in 2014. However, the very appellation is controversial, because of the lack of recognition that this represents a new face of secularism. In the view of its tenants, legal applications of the « nouvelle laïcité » are simply implementing it to the fullest, and original, extent.

At first sight, it might seem that the Conseil d’Etat actually revises this approach to secularism, by allowing more religious expression in the public sphere. In truth, by incorporating some religious manifestations at the very core of public life, that is public institutions, judges don’t disallow the possibility to repress these manifestations in the streets. Christmas cribs could continue in town halls while wearing a cross on the street be banished. In case of such an evolution, the only remaining demonstrations of faith allowed in the public sphere would be those which also have a profane character. It is therefore hard to tell whether this represents a setback in the movement of the « nouvelle laïcité » or in fact a continuity.

Religion under the Thumb of Art, Culture, or Tradition

The main issue with the concept of laïcité is in fact a question of responsibility. It is evident that there is no actual danger in setting up a religious sign in a public building. We have prominent examples of States who won’t deny a particular religious partiality. But the exceptional character of France’s secularism precisely rests on the importance of the symbolic. The State is neutral both in fact and in appearance so that the citizens believe that they’re treated fairly and equally. We can of course disagree with this approach to the relationship between the State and the religious phenomenon. Nevertheless, this is the approach which the French legal system has embraced. It is required and expected that it abides by it.

We can sympathize with the obvious concern of administrative judges to compose with religious claims to recognition in view of the growing vehemence of public debate on the subject. However, it is not at all certain that religious communities, catholics and protestants included, should see with a good eye this concern of the State to keep some religious expression in public buildings. The conditions under which this allowance is made are indeed problematic. For religion to be thus put under the thumb of art, culture or tradition in order to be accepted or rejected, is not a satisfactory position. For the scene of Jesus’s birth to be thus scrutinized by the State to determine whether it contradicts a constitutional principle, can in fact be rather offensive. A more respectful attitude consists in not intervening in religious matters nor giving any preference to this or that part of a particular faith on the ground that it happens to have profane qualities. A respectful attitude gives to the Sacred the independence it needs to remain so.

Instead, the decision brings the State and religion in a relationship of supervision and guardianship, where the State submits religious manifestation to examination, in lieu of allowing for a healthier bind of mutual respect in non-interference. This compromising attitude, far from liberating the sacred, contains it into contextual allowances. The religious has to blend into the artistic or the cultural, new forms of sacred things, in order to be accepted into the public sphere.

Neither practical nor healthy

Furthermore, the scope of the decision is worryingly large. A city hall has no particular status among public buildings, and in fact, one of the two cases the Conseil d’Etat ruled over concerned a departmental council. This jurisprudence therefore can be expected to apply to any and all public buildings, from libraries to tribunals. And the criteria being vague, as administrative jurisprudence often is, they have the unfortunate tendency to enhance litigation instead of appeasing it. We may expect dozens of cases concerning the right of this theater or that school to keep a Christmas crib or not. The coming jurisprudence will have to determine the dates at which the installation is considered festive, maybe even the esthetic features the crib must have in order to be called a cultural manifestation. This incremental approach is far from satisfying the need for clarity on issues of religion which the 1905 law sought to establish. Instead of settling the matter once and for all, we are told that our secular society is a complicated and experimental compromise made with religion, depending on context maybe, but more likely on the religious community’s good or bad relationship with public institutions. Late comments from Christian Estrosi, a member of Les Républicains, openly claimed that the wearing of a hijab could not be compared to the wearing of a kippah. These subtleties might escape us now, but the political class and the Conseil d’Etat wish us to believe that they exist and that it’s a concern for a neutral State to assert positive distinctions amidst religious expressions. We are far indeed from the indifference the drafters of the 1905 law had in mind.

The lack of clarity of the decision also reflects in the reactions it arouses. Both the president of the departmental council of Vendée and the applicant, the Fédération de la libre pensée, rejoiced in the decision, the first calling it the « victory of common sense over ideology », the other declaring itself « fully satisfied » with the Conseil d’Etat’s decisions. Each is willing to see a good sign in this foggy response. Whereas for others, the set of conditions betrays an actual prohibition of the installations.

All things considered, it is neither practical nor healthy for the public opinion to be once more plagued by this sort of marginal though sensitive issues. With this semi-allowance, we can expect the pestilent debate over the implementation of secularism at the national level to in fact remove itself to the local level, in a fragmented and anarchist manner, which recalls to mind the unfortunate chain reaction of mayors banning the burkini last summer, even in places where the issue had not been raised before. 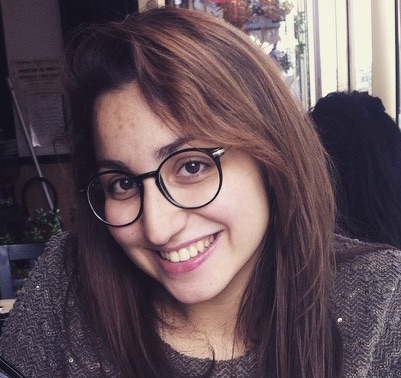