As I read Tamar’s post and especially her concern about the “solidarity deficit” that the Nation-State Law intensified in the Israeli society, I remembered a recently published work in political science comparing between Israel and its neighbor Lebanon on the issue of the relation between territorial expansion and internal legitimacy (by Oren Barak; for a quick outline of the research in Hebrew see here).

The basis for the comparison was as such: during the 20th century two small political entities – the autonomous zone of mount Lebanon and the state of Israel – both expanded territorially in a way that instead of becoming an homogenous nation state, as their leaders hoped, they each became a divided society – a society that is made out of different religious, ethnic or national communities among which there is continuous and often violent conflict. In both countries, there were and still are bloody conflicts over the question of state identity. But while the majority of (the greater) Lebanon’s population today generally supports the legitimacy of the state of Lebanon, this is far from true in the Israeli case in which territorial expansion in the long run deeply enhanced its internal legitimacy deficit, and consequently its long-term stability (legitimacy deficit here means that the majority of the population within its territorial control does not believe in the legitimacy of the state’s institutions).

I remembered this comparison when thinking about Tamar’s analysis of the problem of the Nation-State Law as a problem of solidarity. Israel – like many of its neighboring countries – is a state with a deep and dangerous lack of internal legitimacy and with it of social solidarity – defined as the ties in a society that bind people together as one (which is an important component of political legitimacy). This affects Israel’s stability in the long run; even though it often seems internally stable, Israel’s sense of stability is experienced by many of its citizens as fictitious, fragile and – as far as it is based on political legitimacy – it is the kind that is relevant only to Israel’s Jewish population. There is a strong sense of ‚a bubble‘ in Israeli popular imagination that expresses this fiction of stability: as long as we don’t leave Tel Aviv, we can safely believe in the eternity of the greater Israel. Of course it is ironic, that most of those who live in the bubble, those who don’t leave Tel Aviv, do not themselves believe in a greater Israel – which only stresses how fragile and conflicted is the bubble itself.

So, we have an enlarged state territory which, just like in the Lebanese case has no chance of shrinking anytime soon – but unlike the Lebanese case, in the Israeli case the state has very little chance of reaching internal legitimacy and stability.

Now – how is Israel’s solidarity deficit relevant to the Nation-State Law?

At the background of the Nation-State Law, in the political discourse around it and in Tamar’s analysis of its impact on issues of equality, collective rights and solidarity, there are three – certainly not only two – constitutional narratives or agendas that are expressed. These are the liberal Zionist narrative, the nationalist Zionist narrative and the democratic- civic narrative.

The liberal Zionist narrative is embedded in the tradition of Israel as a Jewish and democratic state as established in the Declaration of Independence and as was amplified in the constitutional revolution of the 1990s. According to this narrative, Israel’s is a unique constitutional system in which both Jewish and democratic values are maintained and harmonized by legal institutions that guard the principles of liberty and individual rights.

The nationalist Zionist narrative operates discursively as a constant backlash against the universalist features of the liberal Zionist narrative. Since the 1990s it has been expressed in persistent claims that in the Israeli constitutional system too much weight is given to liberal principles at the expense of national principles. The new law – so claim its proponents on the right – will provide protection to Israel’s “Jewishness” from the pull of liberal legal values.

We know these two narratives very well – they broadly express the positions of the traditional left and right in Israel. Both left and right in Israel agree that in the past few years, especially since the last elections, Israel is going through a wave of nationalist policies and legislative agendas. The enactment of the Nation-State Law is seen by many on both sides of this political map as a culmination of this process and as a moment of victory for the nationalist constitutional narrative. This is the main reason that the Nation-State Law was understood as such a deep constitutional crisis by the left: because it was seen as another devastating proof for the gradual erosion of its liberal narrative. Another proof that the right-wing nationalist agenda won the day –“לקחו לנו את המדינה“ – “they took away our state” is a repeated sentiment in leftist Zionist circles.

This is the way the Nation-State Law is widely understood in Israel and abroad: another phase of the escalating and deteriorating conflict between the two constitutional narratives; left vs. right; liberals vs. nationalists; progressive, mostly secular Zionists vs. nationalist, mostly religious Zionists (See here, here, and here).

This constitutional narrative – the idea that the state belongs to “all its citizens” – is usually understated and disregarded in the analysis of constitutional conflicts in Israel – probably because it is part and parcel of the Arab-Palestinian political agenda rather than of any of the Jewish sectors of Israel’s population. But in and around the enactment of the Nation-State Law it was powerfully expressed by Druze and Arab groups in a way that could not be easily shoved aside.

While the law emphasizes the importance of collective identity as the foundation of the state (being the “national home” of the Jewish people), it fails to offer any basis for attachment of non-Jewish citizens to the state. In fact, it utterly ignores their existence.

The strong responses of the Arab and the Druze minorities to the law revolved around this exclusion. Ayman Odeh, chairman of the Joint List, for example, released a statement saying that Israel “declared it does not want us here” and that it had “passed a law of Jewish supremacy and told us that we will always be second-class citizens”. Druze resonated this sense of insult when for example in a Tel Aviv demonstration tens of thousands of Druze citizens chanted for equality. But while many of the claims of the Arabs and the Druze resounded the same sentiments of insult and exclusion – the Druze complaints were responded to sympathetically while Arab’s complaints were ignored or aggressively rejected.

As Tamar notes, the difference in the responses to the same type of complaints by different minority groups is explained by an ongoing loyalty-citizenship discourse. The Druze minority whose members serve in the Israeli military could expect to enjoy benefits in Israeli society. The Arab minority, whose members are exempt from military service, could not – unless they pledge loyalty to the state’s Jewish identity. But, as Tamar explains, the Law exposed the fragility of this loyalty discourse: If the right to self-determination is reserved to the Jews alone, the “loyal” Druze and the “non-loyal” Arab Palestinians share the same fate: exclusion and rejection from the state’s collective identity. Any form of legal recognition that will recognize only the Druze and not the Arabs will raise considerable legal hurdles.

The crisis that the Nation State Law brought to light might be better understood if we consider that each of the three constitutional narratives involved – the liberal-Zionist narrative, the nationalist-Zionist narrative and the civic-democratic narrative – also tells a different story about the type of solidarity that they envision and aspire to in the Israeli constitutional system:

The liberal constitutional narrative envisions solidarity upon allegiance to universalist principles of liberty and human rights.

The democratic narrative places solidarity on a civic arrangement – and on a binding force of law that treats its citizens equally and keeps them connected. The civitas is not only the collective body of all citizens it is also the social contract that binds them together.

Ironically, the third narrative – which is the only constitutional narrative that ties social solidarity to the rule of law – is rejected by most Jewish Israelis and even perceived as an existential threat. If the social ties that the constitutional system assumes are based on Jewish ethnicity (whether liberal-minded or nationalistic) they are indeed threatened by a competing claim that expects those ties to be based on equal standing before the law. 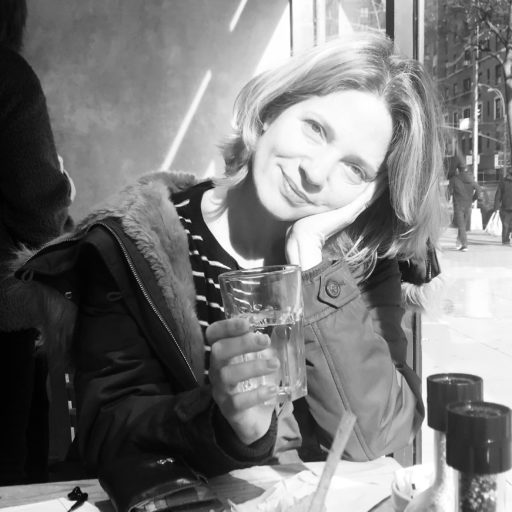 Karin Loevy Karin Loevy is the manager of the JSD Program at NYU School of Law, a researcher at the Institute for International Law and Justice (IILJ) and a Kathleen Fitzpatrick Postdoctoral Visiting Fellow with the Laureate Program in International Law (Melbourne Law School).