Slipping in and out of the academic spotlight, the topic of corruption has persistently raised the interest of scholars, international organizations, and societies all over the world since the 1990s. Its origins, mechanisms, and solutions are at the center of analysis and discussion. As a result, institutions designed to combat and reduce corruption, as well as an ever-growing corpus of anti-corruption legislation, have emerged around the globe. Despite these efforts, corruption persists as a global problem, seemingly adjusting and molding its shape to new legal anti-corruption frameworks, so as to evade and survive them.

In the face of such implementation difficulties, the special issue of World Comparative Law asks important questions related to the role of law in the fight against corruption in democracies, and offers a space to survey, assess and discuss new developments in the global anti-corruption playing field. In my contribution, I focus on the Republic of Korea’s (ROK) establishment of a new anti-corruption agency, the Corruption Investigation Office for High-Ranking Officials (CIO). Building on Sergio Marco Gemperle’s idea that the creation of anti-corruption agencies can be understood as part of state legitimacy-building, I argue that the CIO provides new anti-corruption ‘services’ on the one hand and strengthens state accountability mechanisms on the other.

Investigating the emergence of the CIO

The ROK has shown a strong political will to develop its anti-corruption capacities. However, even after substantial legal developments in the anti-corruption field, trust in state institutions and their actors has not improved much. 23 years after civil society actors had introduced the idea to create an agency to combat corruption, the Korean parliament decided in 2019 to finally create the CIO. The result is an independent institution in charge of investigating and indicting cases of corruption committed by high-level officials, with a special focus on judges, police, and prosecutors (law professionals).

Analyzing the rules that govern the agency shows that new capacities (mainly regarding investigations and indictment rights) have been added to the already existing powers of governmental anti-corruption activity, thereby diversifying the resources available to combat corruption. Until the CIO’s introduction, the Anti-corruption and Civil Rights Commission (ACRC) stood at the center of anti-corruption policies but “lacked teeth”. Even though the ACRC was created in order to solve problems of corruption, it could neither investigate reported corruption allegations, nor bring them to court. Indictment rights remained exclusive to the Korean Prosecution Office (PO), effectively fragmenting the process of fighting corruption. The CIO however faces no such constraints and is endowed with the power to investigate and indict corruption cases of some high-level officials.

Allowing another agency to hold such power fractures the existent monopoly of indictment held by the PO. Furthermore, it signifies a break with the Korean judiciary’s traditions and can be read as an important step towards large-scale judicial reforms the Moon Jae-in government strives to enact.

While it may be embedded in such a larger process, the main goal of the new agency is to eradicate corruption of high-level law-professionals. But why such focus?

Only a contextual reading can offer some possible explanations. Looking at the emergence of the CIO in context, it appears that its creation has been an urgently needed response to safeguard judicial integrity in the eyes of the public. In particular, three scandals implicating law-professionals that eroded public perception of their integrity stand out. I read them as critical moments in time that factored into the CIO becoming an attractive policy option to solve corruption and restore trust in primarily the judicial institutions and processes.

The first case involved corrupted prosecutors. Reported as “sponsored prosecutors”, the case showcased the Prosecution Office’s difficulty of investigating and indicting cases of corruption committed by members of their own institution. The second case implicated a Supreme court judge and the former President of Korea, who was later impeached and jailed for the State Affair Manipulation case of 2016. The reports casted a shadow on judicial independence. The last one discussed in my article treated the scandal of the former Minister of Justice. His case enraged the Korean public seeing as he was said to have used his influence to boost the career of his daughter, breaking illusions of a fair competition for employment and integrity of public officials.

Overall, I argue that the above described three scandals may be seen as critical junctures that contributed to a worsening of judicial integrity in Korean context, explaining the focus of the CIO on law professionals. Furthermore, this historical and contextual approach also led me to argue that the establishment of the CIO may as well be discussed as part of the state-legitimacy building process.

Overall, the ROK is actively and continuously addressing its corruption problem by developing new solutions on many fields. As many Korean scholars have argued, the CIO may presently be the only anti-corruption agency of its kind in the world. Furthermore, integrity policies tailored for the prevention of corruption have also played an important role in the recent development of its anti-corruption framework. While it remains to be seen if those policies will have long-term effects, governance standards in South Korea have already changed significantly.

Eradicating, combatting, preventing, solving, reducing, managing, or even curbing corruption: anti-corruption is a wide field with a seemingly clear goal, namely, justice and equality. From my perspective, law is the tool that ensures justice in (democratic) systems and is central to anti-corruption efforts. Nevertheless, I believe that it is a finite resource to deal with corruption, especially regarding its causes. The International Anti-Corruption Conference of 2020 in Seoul highlighted this, as well as the increasing attention research has given to integrity-building. Continuous discussion and evaluation of the current state of corruption and countermeasures may be the best way to ensure balance is reached between comprehensive legal frameworks and more compliance-based integrity policies. Certainly, this special issue offers the space for reflection on what may be called anti-corruption legalism and contributes to the process of finding balance in the global development of anti-corruption policies.

Other posts about this region:
South Korea 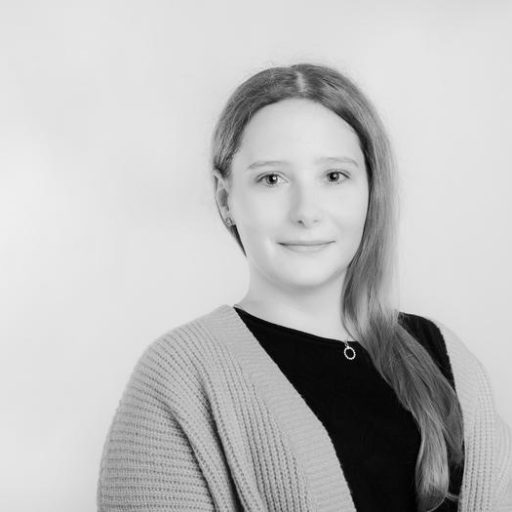 Other posts about this region:
South Korea No Comments Join the discussion