Rights that are not Illusory

The ECtHR Rules on Pushbacks from Hungary

On 8 July, the European Court of Human Rights (ECtHR) ruled in case Shahzad v. Hungary, concerning the denial of access to an asylum procedure and the forced removal of a Pakistani national by Hungarian police officers. The court found that the acts violated the prohibition of collective expulsion, Article 4 of the 4th Additional Protocol to the European Convention on Human Rights, as well as the right to an effective remedy under Article 13 of the Convention. The ruling is important in its own right, regarding the Hungarian policies on asylum, and following judgments by the ECtHR and the ECJ on Hungarian transit zones. And it is of significance in the overall interpretation of what constitutes a collective expulsion, after the Court’s askew judgment in N.D. and N.T. v. Spain, which prompted speculations to which extent pushbacks could be permissible.

With this decision, the Court on the one hand straightens out some possible misunderstandings, on the other hand returns to the line of argument opened in N.D. and N.T. v. Spain in ways that should be considered more closely. But to start with the facts of the present case: The applicant, Mr. Shahzad had left Pakistan in 2008 or 2009, stayed in Greece and later in Serbia. He reportedly attempted to apply for asylum in Serbia but was not given access to a procedure. He tried entering Hungary by way of one of the transit zones but was refused access. On 11 August 2016, he crossed the border into Hungary by cutting a hole in the fence, alongside a small group of Pakistani men. The group was apprehended by Hungarian police on 12 August; asking repeatedly for asylum, they were told that they could not claim asylum. They were driven to the border fence, brought to the other side, reportedly beaten and told to return to Serbia.

The first significant issue the court had to deal with was to establish the facts or how to deal with disputed facts. In the context of migration, applications regularly depend on this first threshold to prove the behavior of state agents under a condition of asymmetrical documentation possibilities. Whereas states operate in the context of migration with numerous modes of documentation, from video surveillance over agents’ protocols to registration of fingerprints, asylum seekers are often not in the position to prove what happened to them. In the present case, the government denied that the applicant had suffered any of the reported facts. The Court underlines (para. 35) that in the context of the expulsion of migrants, prima facie evidence furnished by the applicant in support of their claim is sufficient to shift the burden of proof to the government.

Behind the fence, still in Hungary?

Subsequently, the Court dealt with the assessment whether a collective expulsion had taken place. It reiterates that it is irrelevant to that question how domestic law defines expulsion or the condition of having entered a country (para. 48). Being apprehended within vicinity of the border could therefore not exclude the qualification as an expulsion. However, the court was presented here with a new constellation: Outside the border fence, which is built on Hungarian territory, remains a strip of land that is still Hungarian territory. In that sense, the later applicant when being pushed back by Hungarian officers across the fence was technically still in Hungary. Can this act nonetheless be considered an expulsion?

Convincingly, the Court held that this did not preclude an expulsion as the applicant had no choice but to leave Hungary (para. 49) – there was no infrastructure on that small strip of land and the very purpose of the fence he was pushed back behind was to prevent entry into Hungary. In some way, this forms a mirror question to cases, in which expulsion takes place before actually entering the territory. The court has found in the case Hirsi Jamaa (para. 178) that Article 4 of the 4th Additional Protocol can also apply to acts outside state territory, that an expulsion can take place even before having crossed the border.

Dealing with the N.D. and N.T. standards

State behavior has given increasing weight to a phrase that the Court regularly reiterates in its decisions in the field of migration: that the provisions of the Convention “must be interpreted and applied in a manner which renders its rights practical and effective, not theoretical and illusory” (here para. 50). In fact, the Court itself in the judgment N.D. and N.D. and N.T. v. Spain seemed at odds with this standard of arguing not on the level of fictions and technicalities but with a view to effective access to the protection that the Convention seeks to guarantee.

The Court qualified the acts as expulsion; a key question of the case, especially after the N.D. and N.T. judgment, was then whether this expulsion was collective. In the case on pushbacks at the Melilla border fence, the Grand Chamber of the Court had created an exception to the otherwise clear wording of the 4th Additional Protocol, by holding that unlawful behavior by migrants might lead to exclude the collective nature of an expulsion (see for a discussion also here). The argument was based on previous case law where an expulsion was not qualified as collective because the lack of individual assessment could be attributed to the person’s behavior – in terms of explicitly refusing to show an identification. Taking this to a completely different context and breadth, the Grand Chamber seemed to have created an “exception of unlawfulness”, that obviously in the context of migration would be highly problematic: irregularity of movement is the rule for those seeking asylum, not by choice but by lack of alternative.

In Shahzad v. Hungary, the Court seeks to clarify this supposed exception – with mixed results. It begins by pointing out that no indication of the applicant using force, resisting officers, or otherwise creating a “disruptive situation” was made (para. 61). Now, this is true and, as a consequence, benefits the present case, but the question remains what this line of exception, now turned into an exception of “disruptive behavior” would stand on. Of course, acts of violence are punishable under regular law; however, the threshold of resisting officers or disruptive behavior seems rather vague and a threshold way below otherwise punishable acts. Suggesting that limitations to fundamental rights could be based on such behavior is a problematic statement, even if not relevant to that case.

The Court subsequently examines in application of the N.D. and N.T. standards, whether an effective procedure for legal entry was circumvented (para. 61 et seq), finding that the applicant had “no realistic chance of entering the transit zones and making his request for international protection” (para. 63). In consequence, it finds the prohibition of collective expulsion to have been violated.

It remains to be seen whether Hungary will request a referral to the Grand Chamber; a referral that would have good chances of being accepted given the fundamental nature of the legal questions at stake. Such Grand Chamber decision might hold the promise of a further narrowing down of the standards established by the N.D. and N.T. judgment. The detrimental effects of that judgment are visible here, as they now require the Court to engage with as case law, facing the task to interpret standards built in an unsound manner. Nonetheless, the decision overall shows the Court’s willingness to protect the rights of migrants in an effective manner. Not least, it also bears numerous references to violations of European Union law, including the failure to provide access to an asylum procedure. While it is not the task of the European Court of Human Rights to protect the Common European Asylum System, such decisions are needed in a joint effort to give authority to rules all too routinely violated. 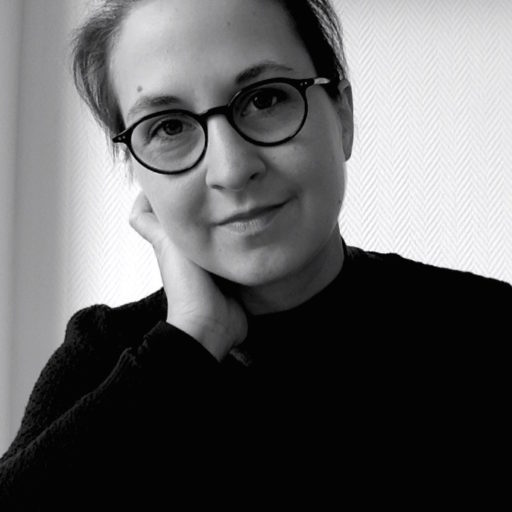 Dana Schmalz Dana Schmalz is a senior research fellow at the Max Planck Institute for Comparative Public Law and International Law in Heidelberg/Berlin. She is an Associate Editor at Verfassungsblog covering asylum law, migration and welfare issues.