Austria: Rule of Law Lacking in Times of Crisis

The Austrian State of Emergency in the COVID-Crisis

Everything under Control: In the middle of April 2020 the overall impression of the COVID-Crisis communicated by the Austrian Government is that Austria is doing well, the government reacted on time, the capacity of hospital and intensive care beds was always sufficient and that the number of infections is decreasing. After a month of an adequate public shutdown, the gradual opening of shops has started after Easter, while schools will be closed until approximately mid of May; universities will not reopen this summer term at all. The Austrian government has been able to provide the right answers at the right time (see regarding this perspective: https://verfassungsblog.de/is-the-constitution-law-for-the-court-only/). So far the official story …

The Tyrolean Party: At the beginning of March the situation was quite different. The first officially diagnosed individuals were all related to trips to Italy. At the same time, however, the Corona virus was already spreading in the Austrian Alps. The ski season was at its peak, with hundreds of thousands of tourists partying in the manifold ski resorts in Austria. One of the resorts, the small village of Ischgl in the Tyrolean mountains, where an après-ski bar seems to have been a main hotspot for spreading the virus across Europe, has since become the symbol for the Austrian chapter of the pandemic.

While the spread of COVID in the resorts was already known to the Tyrolean government, it still hesitated to close down the economically important tourism industry. It has to be mentioned, however, that at that time the catastrophic impact of the Corona virus was not clear to governments in Europe (apart from Italy). While Tyrolean authorities maintain until today that they acted correctly, first class-action lawsuits are being prepared in Germany. The virus spread from the Tyrolean Alps e.g. to Denmark (265 tourists infected in Austria) and Norway (459 tourists infected in Austria). Tyrol is not only the origin for the epidemic in these countries; also, most of the infected Austrians are Tyrolean locals: 3.352 persons have been infected in Tyrol (0.75 mil inhabitants) until 15 April 2020, in comparison to 2.101 persons diagnosed with COVID in the capital Vienna (1.90 mil inhabitants) .

In conclusion, the start of the Corona-Crisis in Austria is, thus, deeply linked to Austrian tourism and the hesitation of Austrian authorities (at least the local ones) in this regard. Tyrol imposed a curfew on 16 March 2020.

First Round of Governmental Reactions: With the situation in Austria starting to escalate, the federal government acted determinedly. On Wednesday 11 March 2020 it took measures including a ministerial decree (by the Minister of Health) banning assemblies with more than 500 participants, the closures of both universities and schools (with some exemptions regarding children of working parents), a ministerial ordinance to stop cross-border traffic, the obligation to test persons entering Austria from other countries and a ban on entry from Italy. Most of these measures were based on the (existing) Epidemic Diseases Act (see here for an overview) of all the legal measures in German).

The very same week the government also introduced a new bill in parliament (Saturday, 14 March 2020) to extend its powers in the Corona-Crisis, which was passed by parliament on Sunday, 15 March 2020. The bill includes various budgetary measures but also a Federal Act regarding preliminary measures to prohibit the spread of COVID-19 (COVID-19 Measures Act). This Act entails an empowerment of the Minister of Health as well as of regional and local health authorities to ban the access to certain (defined) places. Furthermore, the COVID-19 Measures Act includes administrative penalties as well as a provision enabling police and law enforcement units to enforce set measures.

Old and Outdated: Some of the first (but also later) measures are – as mentioned – based on the Epidemic Diseases Act which was enacted in 1950, but mainly dates back to its monarchical predecessor, the Epidemic Diseases Act of 1913. Due to its historical roots, the act thus reflects times, in which the protection of fundamental rights was weak, and the rule of law limited. The necessity of a reform of the old-fashioned statutory act was well known. In its concept it mostly empowers local authorities to enforce quick and effective measures to prohibit the spread of diseases. However, it does not provide a proper basis for federal action in times of a global pandemic. The current application of the Epidemic Diseases Act has already revealed a negligent attitude towards the existing statutory law. Provisions like Sec. 15 of the Epidemic Diseases Act regarding the prohibition of large crowds were interpreted beyond their scope. Other provisions were simply not applied. The closure of universities was never officially enacted in an ordinance by the competent authority reg. Sec. 18 of the Epidemic Diseases Act, but was executed without any basis in federal or state law through internal measures by each university. If there is no legal act, it is also not possible to challenge it.

Quick and Constitutionally Unprofessional: In the same week that the first measures were carried out, the government also introduced a set of bills, which parliament voted on within 24 hours. A thorough debate was not possible and public pressure for action was high. One of the bills passed, the COVID-19 Measures Act, empowers the Minister of Health as well as for regional and local health authorities to prohibit the access to certain (defined) places (see Sec. 2 of the COVID-19 Measures Act). The Act also entails a sunset clause that sets forth the Acts termination at the end of the year. The statutory empowerment of the health authorities includes the possibility – but not the necessity – to limit the ordinances and evaluate their effectiveness; an obligation to evaluate would have been necessary to fulfil constitutional requirements. The ordinance passed on the basis of the COVID-19 Measures Act includes a sunset provision (e.g. two weeks), which has been extended since then.

This example illustrates that the creation of constitutionally consistent statutory framework would have been necessary, but also possible. The relevant statutory law neither provides rules to involve parliament in the assessment of taken measures nor does it require the Ministry to examine the ordinances of local authorities regarding their lawfulness. Based on this already constitutionally problematic statutory law, the Minister of Health then enacted an ordinance, which includes a general curfew (with certain exceptions) for Austria. The provisions setting forth the general curfew are clearly unlawful, since the requirements for restrictions of human rights such as the right to liberty, the freedom of movement, the freedom of assembly and association as well as the protection of property have not been met (see here regarding the willingness of the (Austrian) public to sacrifice fundamental rights in the COVID-Crisis). The initial ordinance included a sunset clause of two weeks, but has been extended since then; it is still in force, although the number of exceptions to the general curfew has been increased. Additional ordinances were also enacted by local authorities. An exhaustive collection of these ordinances does not exist, but their legality seems – after examination of a sample –as doubtful as the legality of the general ordinance of the Minister of Health.

The Second Round of Governmental Activities: Two weeks after the first round of governmental reactions the number of new bills was dramatically increased – again without time for public debate. The government introduced revisions for provisions in more than 50 statutory laws. Besides granting the government huge financial empowerments (budget of 28 billion Euros – the total annual budget of the Austrian state amounts to 80 billion Euros) the government stopped deadline of court proceedings and enabled circular resolutions at courts. The revised provisions, moreover, include new possibilities for the transfer of personal data to local authorities regarding infected persons and sweeping empowerments of the Minister of Education, Science and Research to deviate from statutory law regarding universities and schools (sunset clause until 30 September 2021!). Again, statutory restrictions are missing and the empowerment of the Minister is too far-reaching concerning the concrete health-situation in Austria.

The Third Round of Governmental Activities: In the mid of April the third round of COVID measures was carried out (again without public debate). These measures did not include revisions of statutory provisions but rather changes within the governmental ordinances e.g. new measures concerning the obligatory wearing of masks (from the age of 6) on public transport, in shops and supermarkets as well as the obligation to keep a distance of one meter to other persons (unless they live in the same household). While the government is publicly claiming that the obligation to wear masks also applies to supermarkets, the ordinance of the Minister of Health does not include such a provision. Moreover, the statutory empowerment of the Minister does not provide for a legal basis for the multiple conditions, which are established by the revised ordinance. In the execution of these parliamentary acts and governmental measures the police have so far adopted a law and order approach filing more than 10.000 administrative criminal complaints.

3. Neglecting the Rule of Law

Although it is only possible to address some of the relevant measures, the structural problems run through many of the governmental action taken with regard to the Corona virus. In its handling of the COVID-Crisis the government has unfoundedly been neglecting the rule of law as provided in the Austrian Constitution. Even though the measures taken in the first month of the crisis (mid of March to mid of April) do not appear to have been unnecessary or inadequate, the way in which they have been implemented is highly problematic from a constitutional perspective. While government always had the possibility to include certain safeguards concerning the rule of law, it chose not to. The passed statutory law lacks adequate determination (regarding necessary safeguards), the powers granted to the government or administrative authorities are too extensive, the ordinances do not comply with the statutory framework, the internal orders published by the Ministry appear to have external legal effect and the government has publicly been stating rules in press conferences, which were never legally enacted. Besides these formal rule of law issues, manifold substantive provision led to substantive restrictions.

With the beginning of April, the public debate on the rule of law was initiated, triggered by public law professors and lawyers the media intensified discussions, which – although relativized by the Chancellor – led to the installation of a commission of legal experts in the Ministry of Health, which is tasked with the re-evaluation of the measures (see for a general assessment, the comments by Clemens Jabloner, member of the commission and also former Vice-Chancellor and professor for public law). Furthermore, more than 20 complaints have been filed directly at the Constitutional Court, who will decide on the issue in June. Lastly, the representative of the administrative court judges argued for granting the Constitutional Court competences regarding mechanisms of interim legal protection; these mechanisms could provide the effective legal protection that is missing at the moment.

As the number of infected persons is declining and the overall situation gradually improving, it becomes clear that the measures have proved to be effective from a public health perspective. However, in light of the general retreat of the virus the upholding of many measures also becomes contestable now regarding their proportionality. With the improvement of the public health issues, the challenge for the rule of law has begun. Will the government be able to restrain itself and find a way back to constitutional normality? Can it resist the temptation of continuing with the kind of health authoritarianism, which they temporarily established for good reason? As the Austrian constitutional framework was never suspended, the government has always been fully bound by it. Based on the constitution, human rights restrictions must either be substantively proportionate, or guarantee formal proportionality through the establishment of sufficient rule of law safeguards. The time has now come to correct the negligent approach towards the rule of law; the government must retrace its steps on the taken path back to the rule of law of the Austrian Constitution. 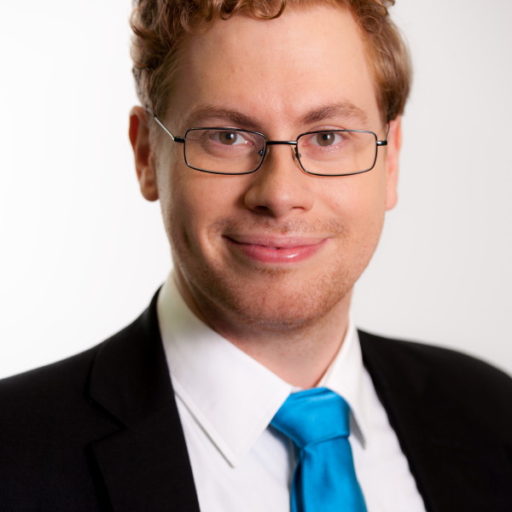