Is the Constitution Law for the Court Only?

A Reply to Sebastian Kurz

Legend has it that during the early Kreisky years Pope Paul VI. referred to Austria as a “happy island” (isola felice). Austrians, scarcely diffident when asserting their significance, translated isola felice immediately as “island of the blessed”, alluding thereby to an ancient myth about a place where heroes enjoy a life of eternal bliss. Since then Austrians have on occasion reassured themselves of inhabiting the Elysium. Chancellor Kurz invoked the blessed island when he—prior to the Ibiza Scandal— somewhat complacently summed up the success of his former coalition government.

It is now Kurz, again, who is in the driver’s seat leading the island republic through the Corona crisis. He and his government take pride in having contained the spread of the virus by means of early-adopted precautionary measures, thereby establishing a precedent for other European countries to follow. Listening to Kurz’s self-assessment, one cannot but conclude that the government’s management of the Corona crisis has made Austria great again. Unsurprisingly, the approval ratings for both political parties participating in the coalition government have gone up. The members of the government indeed deserve credit for communicating their management of the crisis to the public openly and quite effectively, not only in press conferences but also in countless and seemingly unending interviews on TV.

It bears mentioning, however, that Austria is legally not at all in a state of emergency in the sense that government action addressing the crisis is rooted in the provisions of some “emergency constitution”. It is not the case, in particular, that Austria is governed on the basis of notorious Weimar style “emergency degrees” (see, however, Art. 18 B-VG). It is also not the case, to the best of my knowledge, that Austria applied for an exception under Article 15 of the European Convention. What we have been witness to, however, is a well-meaning and dutiful parliament rubber-stamping whatever measures the government deemed to be timely and expedient.

While our German siblings were quick at debating vigorously how precautionary measures such as curfews and prohibitions to assemble interfere with fundamental rights, the reaction on the part of Austrian public law scholars has been somewhat slow in coming. Why complain if you inhabit the happy island?

Nevertheless, Alfred Noll, much to his credit, was among the first to note that the regulation that prohibits, subject to six exceptions, accessing public places is not consistent with the piece of legislation on which it is based. A general prohibition on leaving one’s dwelling cannot be based on a law that empowers the minister to adopt prohibitions to be present at “certain” public places. Griller and Griller added that if the enabling law granted power to enjoin people generally from going out it would most likely be unconstitutional (and see again Noll). Manfred Matzka observed succinctly that some of the legislation that was adopted in a haste to address the crisis often contained amendments of existing laws, which not even members of parliament were likely to comprehend. Matzka also pointed out that the first COVID Action law did not sufficiently determine the conditions under which the minister of health has power to restrict the freedom to access places and that general internal orders (Erlässe) rather than official regulations were used in order to control the appearance of people in public. This practice effectively divests ordinary people of remedies, for in contrast to regulations such internal orders are not subject to judicial review. In a public statement, members of administrative courts voiced similar concerns and added that even the reliance on regulations makes it more difficult and more time-consuming to challenge measures on legal grounds. Finally, Griller and Griller addressed what Germans would consider to be the heart of the matter, namely, whether the measures adopted could pass muster on fundamental rights grounds. Like their German colleagues (see, for example, here and here), they answer this question by stating that it depends on the painstaking application of a less restrictive means test (Lepsius made a powerful argument as regards Germany to that effect). Is it necessary to keep at home people who have already recovered from the disease? Why should two people living in the same household be prohibited from having a picknick in a public park? By taking these and other examples into account it soon becomes clear that the measures adopted so far sweep too broadly and are therefore excessive or give rise to inequality of application. These problems persist for the new rules introduced to alleviate the original restrictions. Why are only businesses with a smaller sales floor allowed to reopen and not those where, owing to a larger floor size, the customers would likely spread out more evenly and where they would find it easier to keep a safe distance towards one another?

Slowly but surely, therefore, the critical debate is catching on in Austria. To the emerging questioning the Elysium’s Chancellor formulated a remarkable reply.

On April 14th, Kurz responded to the growing of objections by asking lawyers and legal scholars to understand that regulators did not have too much time to check whether every yot or tittle of their instruments is fully consistent with legislative or constitutional standards. He added, moreover, that this was not the right time for juridical sophistry (juristische Spitzfindigkeiten). At the end of the day, it would be left to the constitutional court to decide on the legality of the measures. When the court will hand down a decision, however, the measures addressing the crisis will have been already revoked. Kurz—in marked contrast to the more considerate minister of health, Rudolf Anschober—asserted that no efforts would be undertaken to clean up the legal mess.

Arguably, two messages can be extracted from this reply. The first is absurd, the second goes to the heart of the project of constitutional law.

First, the statements seem to betray a naïve belief that once the impugned law is gone, the illegal acts that have been adopted on the basis of the law will disappear too. The underlying idea appears to be that the government is free to do what it wants to do so long as it repeals the relevant acts on time. Seemingly, the government has a window of opportunity during which the constitution is suspended. This belief is naïve, for the Constitutional Court can after the fact declare that laws had been unconstitutional (Art. 140 sec. 4 B-VG), and the republic would possibly be liable to pay damages subject to the conditions of ordinary tort law. Likewise, those who are ordered to pay excessive fines because they were hanging out in a public park could challenge these fines on constitutional grounds long after the regulation or law on which they were premised have been abrogated.

Second, the quip about sophistry, if read in combination with the gleeful remark about the practical irrelevance of a Court stepping in only when everything is already over, betrays a certain outlook on the authority of constitutional law. Putting the matter starkly, it suggests that the constitution is law for the Constitutional Court only.

Not by accident, such an outlook emerges as a consequence of the concentration of responsibility for constitutional interpretation in a certain institution. Such a system not only invites constitutional negligence on the part of other actors, it instils in them an attitude of detachment. Kurz’s attitude indicates that for the executive branch what the Court rules is something that needs to be factored into the calculation of its own political conduct. Its doings are affected by law only inasmuch as the negative feedback from the Court might weaken its standing and power. Roughly stated, whereas—ideally—for the Court the constitution is a system of valid laws, for the government it is a context of acting and counteracting forces. From the government’s perspective, what really matters is not what the Court may occasionally divine to be law, but the rise or fall of approval ratings. Kurz’s former government was removed by a vote of no confidence. He returned to the position of power after the next election stronger than ever before. Kurz knows how to pick a fight and how to win it. So long as he can count on being admired by the people, he can dismiss post factum findings by the constitutional court as academic tattle that has its true home in the ivory tower (consider the number of professors on the Court…).

The view that may well be Kurz’s view of the role of the constitutional court matches with how contemporary American advocates of strong authoritarian rule conceive of law: as something that is close to nil and—vis-à-vis the administrative state—already in the state of abdication and deliberate abnegation. For them, emergencies and crises time and again prove the ability of the executive branch to tackle problems quickly and effectively. Emergencies and crises also reveal the inability of parliaments and courts to arrive at more than retrospective glosses on administrative action. Given that parliaments and courts lack expertise on many matters and need to concede, eventually, that something had to be done in response to exigencies of a situation, they are inclined to issue government a clean bill of health. It remains to be seen, indeed, how intensely the Austrian Constitutional Court is going to scrutinize COVID-19 legislation and regulations in fact. Austria is not a paradigmatic Grundrechtsdemokratie. There is reason to be doubtful.

If, in the eyes of Chancellor Kurz, what the Constitutional Court might have to say today is irrelevant for current policies and if, consequently, constitutional law does not matter normatively but only politically, then constitutional law is no longer the supreme law of the land (pace supranationalists) binding upon all actors. The law then exists for the court (or courts) only, with no metalaw regulating the interaction between courts and governments.

In an interesting way, in such a situation the vacant position of the metalaw is immediately claimed by politics. Then, it’s all politics. If it’s all politics, we are returning to the situation that modern constitutional law, understood as a project, attempted to overcome for the sake of individual rights. From the perspective of this project, one cannot be easily reconciled with the Bonapartist pretensions of a widely supported political leader. Dumbfounded and docile majorities do not look to the left or to the right. They just look up to the anointed leader. The rights of those at the margins of society or who are de facto disenfranchised are therefore likely to suffer. As we all know, there are good moral reasons to demand that every branch of government take the constitution seriously as law.

But there is a truth in the position of the advocates of a strong executive branch. It was clearly articulated by James Madison who understood that the constitution as law can only constrain effectively if it is backed up by an equilibrium of forces that motivate all constitutional agents to take the law into account. A government vying for the support of the majority of voters is not a reliable force. Perplexingly, in a situation where a constitutional tribunal is systematically in a weak position, such support can only come from the people whose rights are affected. The ultimate power existing in a constitutional democracy is the power that resides in people.

The irony of this conclusion should not elude us. Governments throughout the world have currently taken freedom of assembly away from us (for a criticism see here). But the constitutional guarantee of this right even under adverse conditions is, remarkably, an important condition for sustaining the constitution as law vis-à-vis the executive branch. We need to reclaim this freedom in order to make sure that juridical sophistry remains a pain in the neck of our political leaders. 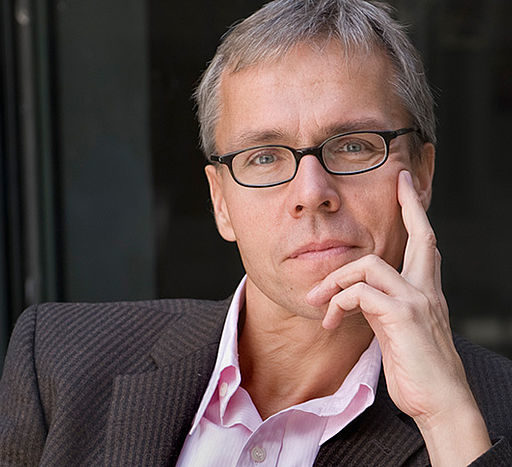