Max Weber famously stated that there are three sources of political authority: traditional, charismatic, and rational-legal. Many studying Russia have pointed to Vladimir Putin’s deliberate cultivation of charismatic authority through carefully staged photo ops and messaging campaigns. Others have pointed to his appeals to traditional authority in his close connection with the Russian Orthodox Church and frequent use of Tsarist-era symbols. As I have recently shown elsewhere in more detail, Putin’s power also draws on rational-legal authority.

Vladimir Putin draws this authority from detailed, constitutional rules that allow the president to dominate the Russian political system. The surprising importance of rational-legal authority in Putin’s Russia carries a number of important lessons for better understanding Russia and the role of constitutional rules in democratic governance.

My research shows that Russia was never a semi-presidential system. Instead, the contemporary Russian Constitution (adopted in 1993) creates an authoritarian constitutional system that I call „crown-presidentialism.“

This constitutional order was built amidst the ruins of the collapsing Soviet Union.  After Russia nearly descended into a civil war in the autumn of 1993, then-President Boris Yeltsin made key changes to the working constitutional draft. He did not change the rights provisions, but he did make key changes to the rules that created the textual basis for a vastly powerful presidency, one that could formally dominate both formal and informal politics.

This “crown-presidential” constitutional design was described as a kind of “airbus” constitution that combines and expands powers from French and American presidentialism. But the combination of these otherwise democratic presidential systems has created what Kim Lane Scheppele calls a “Frankenstate” which has undermined Russian democratic state-building since 1993.

In the 1990s, Yeltsin and his Western supporters saw these powers as a necessary expedient, a kind of ‘democratic battering ram’ able to make the difficult (and often unpopular) choices seen as necessary for building free market economics. Yeltsin used these constitutional powers to pursue neo-liberal market reforms and wage a brutal war in Chechnya.

But, constrained by the West and his advisors, Yeltsin did not exploit the constitutional vertical of executive power, instead decentralising power to regional executives (governors). Further, Yeltsin’s market reforms also created a class of wealthy oligarchs who helped to build a pluralistic media. Focusing on these checks on presidential power as well as the long list of rights and democratic guarantees in the constitution, most observers and commentators declared Russia to be a young democracy.

This all changed in 2000 when Vladimir Putin became President. Declaring a “dictatorship of the law”, Putin empowered central legal institutions to place the president at the top of Russia’s vertical of executive power. Drawing on Article 83 of the Constitution, he appointed presidential representatives in the regions who pressured regional executives (governors) to submit to presidential power. He also used the vast presidential appointment powers over prosecutors and courts to threaten the oligarchs with prosecution. This taming of the oligarchs allowed Putin to reassert state control over television media, further undermining the pluralism of political information in modern Russia.

Since then, Putin has continued to rely heavily on the constitutional order to maintain his personal power. In the aftermath of large protests in 2011, Putin used his control over parliament and prosecutors to crack down hard on the opposition. In 2020, in what now looks like preparation for a war in Ukraine, he changed key provision in the constitution to further consolidate the formal power of the president. These presidential powers remain a critical aspect of his personal power today.

The role of these constitutional provisions in Russian authoritarianism carries a series of lessons. In the short-term, the vast constitutional powers lodged in the office of the president will ensure Russian stability, allowing Putin to weather the shocks of the war in Ukraine and head off any palace coup.

In the long-term, however, these vast powers will foster Russian weakness and instability. The personalisation of power in this constitutional system has already weakened institutions (the Russian army is just one example) and triggered poor decision-making (such as the decision to invade Ukraine). These problems will worsen.

Moreover, the inevitable question of who will replace Putin will also trigger a bitter and destabilising struggle to gain the crown-jewel of the Russian political system: the Russian presidency. A post-Putin Russia must change these constitutional rules to not just build democracy but ensure stability.

Would-be autocrats are well aware that the devil is in the details of constitutional design. They frequently insert disguise crown-presidential systems of presidential dominance alongside constitutional provisions on judicial independence and rights alongside. We can see this in authoritarianism in Europe (Belarus), the middle East (Turkey), sub-Saharan Africa (Zimbabwe), and central Asia (Kazakhstan).

It is time that those committed to democracy see the critical importance of the technical rules which disperse power and ensure checks and balances to democratic state-building and protecting human rights. This structural discussion is the real core of the struggle for democracy around the world. 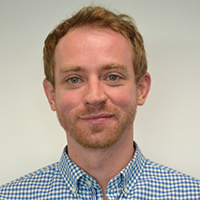 William Partlett Dr. William Partlett is an Associate Professor at the University of Melbourne Law School who studies the role of constitutional design and history in democratic governance.

Other posts about this region:
English Articles, Russland No Comments Join the discussion
Go to Top