Saving the Constitution from Politics

On May 23, 2021, the Israeli High Court of Justice (HCJ) delivered an important decision setting and defining the limits for the use of Basic Laws – laws of a constitutional ranking – for the purpose of solving temporary political and coalition problems.1) The Basic Laws are supposed to be “the crown jewels” of our constitutional system, yet in Israeli politics they have become an instrumental tool for narrow and everyday political interest, often amended in a temporary manner. The decision, given by a 6-3 majority of an extended bench, now defines some constitutional boundaries for the proper use of Basic Laws.

What constitutional amendments were discussed by the court?

The Likud and Blue-White rotating government was formed in May 2020. According to the Basic Law it had to pass a state budget 100 days later, and if not – the Knesset would have to be dissolved. Defense Minister (and the alternate Prime Minister) Benny Gantz demanded that Prime Minister Netanyahu fulfill his commitment in the coalition agreement, and that a biennial budget be passed for the years 2020-2021, thus ensuring the rotation between them, that was supposed to take place in November 2021. However, Prime Minister Netanyahu demanded a one-year budget for 2020, probably out of a desire to ensure an ‘exit point’ for the rotating government by not passing a budget for 2021.

The political tangle did not come to a solution, and a day before the dissolution of the Knesset, on August 24, 2020, a compromise was adopted and anchored by constitutional amendments, according to which the provisions of the Basic Laws will be temporarily amended so that the deadline for passing the Budget Law for 2020 would be extended until December 2020, and that an amount of 11 billion NIS will be added to finance expenses, for the continuing budget that applied in 2020, at the discretion of the government. These amendments were challenged before the HCJ.

What did the court rule?

The six majority judges, leaded by President Esther Hayut, ruled that the Knesset had misused its power to change the Basic Laws in order to solve political problems. It was held that by using temporary constitutional provisions,  the Knesset (in its constituent capacity) denied the Knesset’s oversight capacity (in its capacity as the legislature), on setting priorities and allocations of public funds for narrow coalition needs of the time.

Basic Law: The State Economy establishes a mechanism designed to incentivize the Knesset to pass a budget law, and as long as a budget law is not passed, then the government can continue to operate under a ‘continuation budget’, subject to various temporal, amount, and purposes limitations. Through these temporary and particular amendments, the Knesset in fact ‘bypassed’ the permanent constitutional arrangement, and misused its constituent authority to change the Basic Laws.

Is this a new legal rule?

Yes and no. No, because the doctrine of misuse of constituent power has had its appearances in earlier judgments.2) Yes, because it is a very significant refinement of the existing constitutional doctrine.

From the pioneer judgment of United Mizrahi Bank v. Migdal Cooperative Village of 1995, in which the Supreme Court acknowledged the constitutional status of the Basic Laws, it was accepted that a common feature of all the basic laws is that they are formally titled “basic laws”, without reference to their enactment year (as in ordinary legislation). Otherwise, there is no explicit way to identify basic laws, since Basic Law: Legislation – proposed by several Ministers of Justice over the years in different versions – which was to address the manner in which basic laws are to be enacted, has not yet been enacted. In that judgment, President Aharon Barak raised a question which “concerns the role of future Knesset legislation that might abuse the term Basic Law by designating as such regular legislation with no constitutional content. This question is by no means simple; its answer extends to the very root of the relationship between the constituent authority (of the Knesset) and the judicial authority (of the courts)” [para. 57]. President Barak set this question aside for further consideration.

In a case from 2011, concerning a temporary basic law that changed the annual budget to a biennial one3), the majority of judges agreed that the test by which basic laws are identified is the morphological characteristic, but left open the question of whether a combined (morphological and substantive) test should apply to identify a basic law. President Beinisch, who found the morphological test “too simplistic”, also held that:

“In certain circumstances, which cannot be determined in advance, it is possible that the enactment of a basic law as a temporary provision may amount to ‘misuse’ of the title ‘basic law’.” [para. 24]

Although at that case the court did not intervene, President Beinisch wrote that temporary constitutional amendments should be used sparingly and in extreme circumstances [para. 28]. Unfortunately, this warning from the Supreme Court was ignored by the Knesset, and over the past few years, there has been an increasing tendency towards ad hoc and temporary amendments of the basic laws.4)

In 2017, after the government decided, for the fifth time, to approve a biennial budget for 2017–2018 by way of another Temporary Order, this time, an expanded panel of seven judges intervened.5) Justice Elyakim Rubinstein, writing the majority opinion, held that the repeated amendment of the basic law by temporary orders, time after time and under the current circumstances, constitutes a misuse of constituent power. He stated that “when there is a majoritarian misuse of the constitutional text, the political need retreats before the constitutional core and sanctity, its legal and principal importance” [para. 30]. Instead of striking down the amendment, the court declared a “nullification notice”, according to which it maintained the validity of the amendment yet forbade another future temporary amendment of the Basic Law.6)

So what’s the novelty in the recent judgment?

In this recent case7), the court set out a detailed test for disqualifying amendments to the Basic Laws that are in fact a misuse of the title ‘Basic Law’. According to President Hayut, at the first stage, the court should examine whether the Basic Law or its amendments carry the characteristics or features of a constitutional norm. This is the ‘identification stage’. In this context, the court suggests three tests that may assist the court in this identification: first, stability – whether the arrangement is of a temporary nature whose applicability is predetermined in time or whether we are facing a stable, forward-looking permanent arrangement; second, generality – whether it is a norm with general structural applicability or a norm that has personal characteristics; third, constitutional fabric – whether the arrangement is consistent with the nature of those issues that have been regulated in the Basic Laws. This is not a closed list of tests, and each case must be examined ad casum [para. 37].

In the second stage, to the extent that the petitioner has been able to demonstrate that the characteristic of the arrangement does not comply with one of the abovementioned tests, the burden then shifts to the government to point to a justification for including the arrangement in a Basic Law [para. 43].

Applying these tests to the amendment under discussion, the majority found that it is of a temporary nature, institutionally personal as it was tailored to apply to a specific set circumstances, and also does not suitable to be anchored at a constitutional level, all without a justification. It is thus an extreme misuse of constituent authority [para. 57].

There are currently two pending petitions challenging the constitutionality of constitutional norms, one against Basic-Laws: Israel – The Nation State of the Jewish People, and second against the amendment to Basic Law: The Government, that established a model of a rotating government.8) While that latter amendment was tailored for specific political circumstances, it is of a general nature in the sense of creating a new model of government applicable to any future government. In any event, the main questions in these two cases, is not necessarily the ‘misuse of Basic Laws’, but mainly the question whether the content of these Basic Laws is consistent with the principles of the State of Israel as a Jewish and Democratic state. The main subject of these petitions is thus “the unconstitutional constitutional amendment” doctrine, the status of which is still open in Israeli doctrine.9) At least, however, the recent judgment strengthens the authority of the court to review Basic Laws.

Can the ruling affect constitutional amendments that are currently being promoted in the Knesset against or in favor of Prime Minister Netanyahu?

The serving Prime Minister, Benjamin Netanyahu, is under a criminal indictment based on bribery, fraud, and breach of trust, and his criminal trial is currently being conducted in Jerusalem District Court. Nowadays, Netanyahu’s supporters, wish to advance a formal amendment known as the ‘French Law’ according to which no criminal proceedings will take place concerning a serving Prime Minister, even after a trial has started. Alternatively, they propose to enact an ad hoc amendment, for the current term of the Knesset, of a direct election for a prime minister – without elections to the parliament. Netanyahu’s opponents, on the other hand, wish to use their temporary narrow political majority to enact an amendment that would bar a Knesset Member under criminal indictment from forming a governing coalition.

The recent judgment clarifies to the Knesset that it does not have a carte blanche when it enacts Basic Laws and must maintain various features, such as generality and cannot be used, without a justification, to solve ad hoc or temporary personal political problems, and thus might have an effect on such proposals.

Why is the decision so important in Israel?

The development of this doctrine is especially important in the Israeli context, with its over-flexible constitutional system and frequent amendments to the basic laws, often with temporary measures, for the purpose of narrow and personal political interests. Retired Vice President of the Israeli Supreme Court, Elyakim Rubinstein, who delivered the Biennial Budget case, recently noted with sorrow that the Knesset “does not attach importance to the constitutionality of the constitutional text. Some of the basic constitutional laws are amended almost as if they were a secondary bylaw in a local authority. Patch upon patch, all according to political needs.”10)

The consequences of granting permission to the legislature to temporarily change the constitutional rules, only for momentary political convenience is dangerous to the constitutional-democratic regime and undermines the raison d’être of constitutional democracy: establishing permanent rules limiting the power of government.

It is therefore an important decision, that would hopefully guide future political actors on what is allowed and what is not allowed when tinkering with our constitutional statutes. 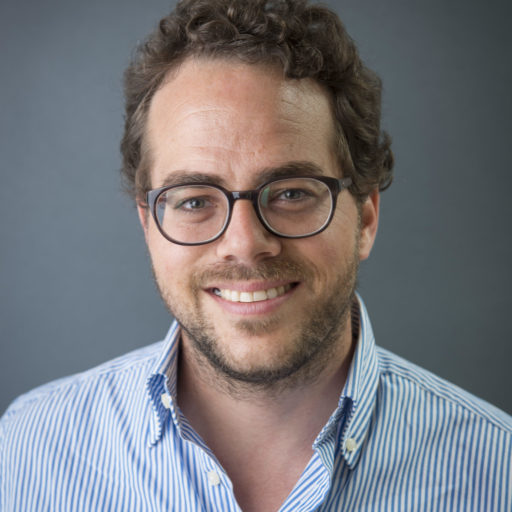 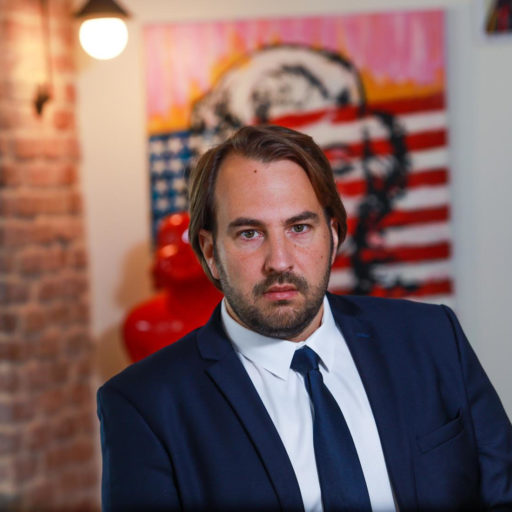 Matan Gutman Dr. Matan Gutman is the Co-founder and CEO of CybeRighTech (CRT) and an adjunct professor at the IDC Herzliya. He is the legal expert of the leading news site in Israel Ynet.

Other posts about this region:
Israel und besetzte Gebiete No Comments Join the discussion
pixel_not_set
Go to Top