Scotland, Catalonia and the Constitutional Taboo of Secession

Conventional wisdom suggests that national constitutional orders do not allow secessions. Indeed, the vast majority of constitutions are either silent on the issue of secession or they explicitly prohibit it. For instance, Article 3 of the Turkish Constitution declares that the ‘Turkish State, with its territory and nation, is an indivisible entity.’ Similarly, the Preamble of the Serbian Constitution declares that Kosovo ‘is an integral part of the territory of Serbia’. Of course, that provision did not stop Kosovo from unilaterally declaring its independence and from receiving 113 international recognitions so far.

Secession, however, should not be understood as an absolute constitutional taboo. There are some constitutional orders that allow for a consensual and democratic process of partition. Take for example, Article 39 of the Ethiopian constitution that provides ‘every nation, nationality or people in Ethiopia’ with ‘the unrestricted right to self-determination up to secession.’ Even the miniscule State of Liechtenstein allows individual municipalities to secede from the union according to Article 4 of its constitution.

Similarly, the UK constitutional order allows the secession of one of its regions. Westminster has formally conceded that Northern Ireland can secede from the United Kingdom to join a united Ireland, if its people, and the people of the Irish Republic, voting separately, agree to this. However, a referendum for the reunification of Ireland can only be organised if ‘it appears likely to [the UK Secretary of State] that a majority of those voting would express a wish that Northern Ireland should cease to be part of the United Kingdom and form part of a united Ireland.’ Theresa Villiers, the former Northern Ireland Secretary made clear that, according to her, ‘there is nothing to indicate that there is majority support for a poll.’

The situation in Scotland is quite different. The Scotland Act 1998 provides that the Scottish Parliament cannot legislate on issues related to the Constitution of which ‘the Union of the Kingdoms of Scotland and England’. This means that the Scottish Parliament does not have a right to unilaterally organise an independence referendum. The 2014 independence referendum was lawfully organised only because the ‘two governments of Scotland’ reached a political agreement (the Edinburgh Agreement). According to it, Cameron and Salmond agreed to amend the text of Scotland Act 1998 to the effect that a new section was introduced. This new section explicitly conferred the power to Holyrood to organise an independence referendum by 31 December 2014.

So, in order a second independence referendum to be lawfully organised, it seems that a similar political arrangement (Edinburgh Agreement II) should be achieved. The Referendum Bill that Nicola Sturgeon’s administration published for consultation has to receive somehow the political and constitutional consent of Westminster. Differently, an unauthorised referendum might lead to a Unilateral Declaration of Independence.

In a way, this constitutional contestation is similar to the one between the Catalan and the Spanish governments. The Spanish constitution does not provide any of the Comunidades Autónomas with a right to secede. However, the Catalan ruling coalition and the President of the Government, Carles Puigdemont have been insisting that they have a legitimate claim of self-determination. They have the right to decide (dret de decidir) whether Catalunya should become independent. To this effect, the Catalan Parliament has voted to hold an independence referendum next September. The Spanish Government, on the other hand, has requested the Constitutional Court to declare as null and void the decisions of the Catalan legislature. They have also opened criminal proceedings against the President of the Catalan Parliament, Carme Forcadell, as well as against ‘any other person’ participating in the adoption of the proposal.

Given the political nature of the UK uncodified constitution, it is almost unthinkable that a similar judicialisation of politics will occur in the UK. However, unless Mrs May’s administration takes seriously into account the demands of the devolved administrations in the Brexit negotiations, there is a real danger that a serious constitutional stalemate will occur. Scotland’s Brexit Minister, Michael Russell told an audience at a European Policy Centre event in Brussels that it was ‘very important that the UK recognises or accepts the need for a differentiated solution’ with regards to Scotland. Otherwise, Scotland should vote on independence again.

So we might be facing the prospect of a constitutional stalemate between the legal right of Westminster not to allow for a second independence referendum and the legitimate right of the Scottish political community to decide on their constitutional future post-Brexit. In the environment of a political constitution, it is difficult to see how such deadlock may be lifted unless the will of the people is taken into account either through elections or through referendum.

If that is the case, the irony should not go unnoticed. The constitutional gridlock that would be created partly because Whitehall would deny Scotland the ‘right to decide’ its constitutional future could only be lifted if the Scottish people were allowed to democratically express their will.

Other posts about this region:
Spanien, Vereinigtes Königreich 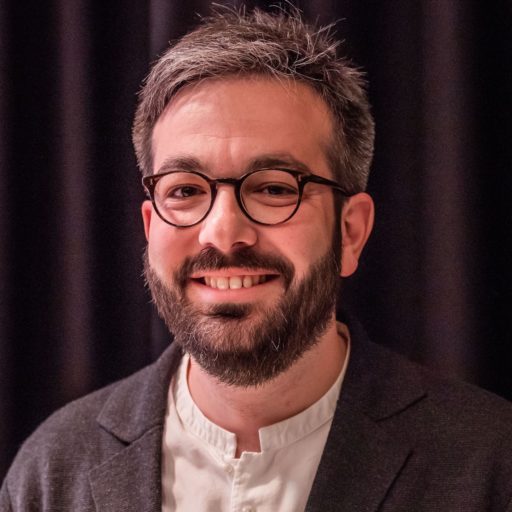 Other posts about this region:
Spanien, Vereinigtes Königreich 2 comments Join the discussion
pixel_not_set
Go to Top