The UK Supreme Court has ruled that the Scottish Government does not have the power to call a new referendum on independence, blocking the SNP administration’s apparent plans for a non-binding referendum in October next year. The ruling confirms the inability of Scotland’s politics to resolve constitutional issues as it currently established. The SNP’s strategy of pursuing a legally acceptable route to independence has been comprehensively ended, as has its claim to unify the Scottish independence movements. Politics will follow, but there is no clearer route to resolving the constitutional issues at play now than before the ruling.

Scotland since the 2014 referendum

The most recent referendum on Scottish Independence was held in 2014, resulting in a 54-45 loss, which was closer than many had predicted but which led nonetheless to the resignation of then-First Minister Alex Salmond after seven years in power at the Scottish Parliament in Holyrood, Edinburgh. The intervening years have been marked by extraordinary political turbulence outside of Scotland, dominated by the process of Britain’s exit from the European Union. Amidst the maelstrom, the SNP have maintained power at Holyrood, and increased their representation in the Westminster Parliament, with admirable tenacity.

Since the 2014 referendum there has been little sign of fracture in the SNP’s ranks, and the organised pro-independence opposition has either been comprehensively extinguished – as in the case of left-wing groups – or co-opted as in the case of the Green party who now form part of the Scottish Government. The SNP comfortably fit the definition of a ‘big tent’ party, incorporating diverse wings of opinion under a general rhetoric of social democratic politics and centrist values. Popular movements for independence have coalesced in the form of mass rallies held regularly in cities and towns, but not on the scale seen in the run-up to the 2014 vote. Against the backdrop of successive, increasingly chaotic administrations at Westminster, the SNP have successfully capitalised on their domestic image as responsible, competent state administrators, whose desire for independence is born more of common sense than nationalism or dogma.

While this strategy has achieved successive election victories for the SNP at Westminster in 2015, 2017 and 2019, the cracks in the SNP administration at Holyrood have begun to show. Domestic political pressure is mounting over the mishandling of ferry contracts, continued performance issues in the NHS and widespread strike action which combine to suggest the existing devolution settlement is insufficient for growing numbers of people. The Scottish Parliament has operated since 1999 with authority over all portfolio areas not reserved to Westminster, but in a funding arrangement which essentially pegs Edinburgh’s budget to a per-capita share of that set at Westminster. While the Scottish Government enjoys responsibility for such areas as health, transport and education, its budget reflects the administrative mores of its sovereign counterpart in London. The UK Government’s austerity programme has directly affected the scale of governance able to be effected from Edinburgh.

All this poses significant, and increasingly unignorable problems for a devolved administration whose sole unifying ambition is constitutional separation. In the years before 2014, the SNP’s ambition had been to administer Scotland’s devolved powers as a demonstration of what an independent Scotland could achieve. In the years since 2014, ambitions have coalesced around opposition to Westminster’s excesses and incompetencies, though the cost of living crisis and the collapse of Conservative legitimacy in even the financial markets’ eyes has refocussed attention on the Scottish Government. Nicola Sturgeon, First Minister throughout this period, has been adamant that the only route to independence is via a legal referendum.

It is now commonly accepted that the Scotland Act (1998), which established the modern Scottish Parliament, does not provide for the Scottish Parliament to hold a referendum on independence without the explicit consent of UK Ministers. The 2014 vote was held with the agreement of then-PM David Cameron, and arguments about the appropriateness of Westminster’s supremacy in Scotland’s domestic matters notwithstanding, the Scottish Government has never argued that it should or would act without Westminster agreement to secure independence. This question achieved new salience in the aftermath of the Catalonian Independence Referendum of 2017 which was held without Madrid’s consent and led to direct interference with local democratic structures by Spanish police and politicians.

The Scottish Government’s legal strategy reflects the essential stagnancy of Scottish politics under devolution. The SNP’s popularity since 2014 has been buoyed by their opposition to Westminster, but on bureaucratic rather than emotive terms, emphasising incompetence over incompatibility. The party which has enjoyed power at Holyrood for 15 years and a majority of Scottish seats at Westminster for 7, is uncompromising in its assertion that independence can only be achieved in accordance with existing legal conventions. It took its case directly to the UK Supreme Court, bypassing the Scottish legal system entirely, to request direction on a proposed measure it accepts from the outset has no legal force.

What next for independence?

The SNP had already set out their intended response should a referendum not be granted: they would campaign in the next UK general election on the platform that a majority of Scottish voters supporting pro-independence parties would give them a democratic mandate to negotiate with Westminster towards independence. This strategy, if enacted, would require substantial changes to the SNP’s political positions on a route to independence.

The Scottish Government’s case to the UK Supreme Court was the endgame of the operating logic which has ruled Scottish politics since the 2014 referendum. In this period, the SNP as a party has assumed the mantle of being the vanguard of Scotland’s independence movement, but under strict conditions. Careful adherence to legal norms has been core to what is now the only viable movement for independence, even to the point of acknowledging the supremacy of legal factors outside of Scotland over its own capacity for self-determination. The SNP has, for years, adopted a posture from which the only route to nationhood is through the acquiescence of the British state it wishes to leave – no other independence movement in history has successfully achieved its aims through a strategy so aligned to the law.

One political avenue the SNP may pursue is to cast the existing devolutionary settlement as fundamentally disrespectful of Scotland’s democratic rights. The judgement has already been cast, on protesters’ signs at rallies across Scotland, as a denial of Scotland’s right to self-determination. In reality, the UK Supreme Court’s rejection of the idea that self-determination was a salient aspect of this case relied on a Canadian ruling grounded in the understanding that self-determination relates to the capacity of a group to achieve for itself a politics which guarantees its equal rights. In this case, the UK Supreme Court found the UK to be evidently capable of assuring the equal rights of people in Scotland, suggesting that, again, the path to Scottish nationhood remains closed on the basis that Scotland is already within a nation state which can ensure the legal protections of its citizens. On the streets of Glasgow and Edinburgh this might seem an obtuse legal point, but left-leaning activists associated with parties whose electoral oblivion coincided with the rise of the SNP might point out the essential redundancy of demanding a nation state when one is already part of a functioning, sovereign nation state.

In place of this logic of passivity comes a political imperative, one which will now drive changes in Scottish politics and, potentially, the UK’s constitutional settlement. But first the political reality must adjust to the reality that the ruling party’s single-minded pursuit of independence through legal means is no longer something it can claim to deliver on its own authority. No obvious rival to the SNP exists, nor is there any reason to imagine support for independence being transferable automatically to pro-Union parties. The party leadership must now either create the conditions in which this setback becomes immaterial, or else it risks being removed.

The ruling neutralises the central conceit of pro-independence Scottish politics: that independence is best achieved through singular allegiance to one party. Without that, the SNP’s continued prominence is an absurdity. It would be folly to suggest this in any way necessitates change, but for the first time in over 15 years people minded to constitutional separation have no obvious political outlet for their intentions. Gordon Brown has been working diligently, we are told, to develop a new model for the Union in anticipation of a Starmer government ascending to Whitehall, with rumour it will entail further powers being devolved. With this ruling he and his colleagues can rest assured their separatist foes face a period of indefinite, uncontained uncertainty about the shape and purpose of their movement. 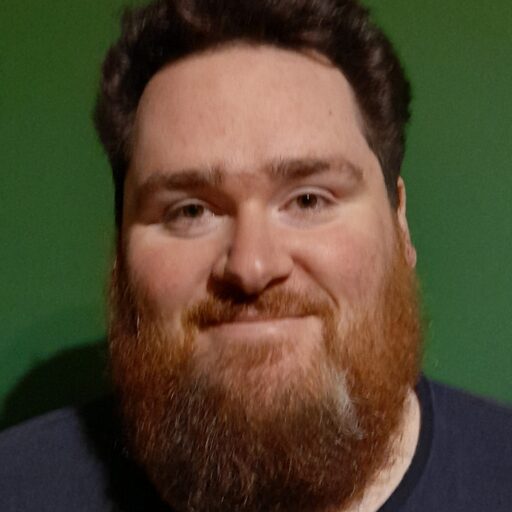 Simon Jones Simon Jones is a writer and journalist based in Glasgow, currently undertaking a PhD at Cardiff University.

Other posts about this region:
Schottland, Vereinigtes Königreich No Comments Join the discussion
Go to Top