Selmayr’s Appointment: Why this Juncker Crisis is Much More Dangerous for the EU Commission than the Santer Crisis in 1999

Is this a storm in a teapot ?

Some observers have commented that this crisis was an exaggerated one. For example, Tim King has written a stimulating but puzzling analysis about Selmayr’s appointment as new secretary general of the European Commission (The misunderstood Herr Selmayr, Politico, 12 March 2018). According to him, “The demonization of Martin Selmayr has gone too far. (…) Already he is the subject of a witch-hunt.” There could be a misunderstanding there, because for many people Selmayr’s person is not the main problem. I’ll take this as an example, because King’s analysis is, in my humble opinion, somewhat contradictory.

Of course, Selmayr must not be demonized, first because Juncker’s (and the commissioners’) responsibility is much bigger. They took the decision. Additionally, the Juncker Commission has achieved some objectives (here, King’s assessment is too negative – these achievements are “demonized”, too, and one suspects that history will be kinder). Even sometimes pittoresque in form, Juncker has been more impressive than Prodi, and most certainly than Barroso or Santer. Selmayr undeniably had a strong part in this. However, these achievements do not justify at all what has happened, which can produce extremely high damage.

There are three fundamental problems, and respect of the rule of law is only one of them

First, there is the modest matter of the law. Though the Commission has drowned the Parliament and the press with tons of arguments, some problems are clear. (1) There were two simultaneous appointments. (2) As a principle, calls for candidacies should have been made. (3) No urgency has been proved to circumvent this requirement. (4) There should have been a competition. (5) The commissioners should have been informed beforehand.

One suspects these problems had been identified. Otherwise, why was a fake competition organized? Why were there repeated contradictions about the moment the authorities were informed of Italianer’s departure? Why were the two appointments merged into one? Why were the commissioners not informed about this double promotion before the meeting? And why was the press repeatedly fed with false information? The worst part in this is probably the fake competition. The “managers” of this obviously believed it was indispensable. So, they created a totally artificial one, and the alternative candidate withdrew even before it was finished. At the top of an institution dedicated to control the respect of the rule of law by a great number of governments, public and private authorities, this is a shame.

There is no need for nuances on the letter and the spirit of the law here, because they reach basically the same conclusion. Contrary to some of the Commission’s statements, there is absolutely no precedent of such an accumulation of legal problems. Never. Furthermore, the Commission is even in clear violation of the good administration standards it imposes to various third States in its own programmes. Any lawyer would need much imagination to validate such a scheme. It will be very simple to verify this. First, it could happen if an audacious public servant – or Poland – takes legal action to protect the rule of law… Second, more fundamentally, this will happen anyway if anyone in a future legal action against a secretary general’s decision decides to contest his competence because he has been illegally appointed. There will be a lot of opportunities, and this could thus produce a huge destabilization of the Commission, for a long period. This consideration alone should oblige the commissioners and the European Parliament to provoke a change of decision. If the Parliament has not the guts to use its power on the Commission, it should at least recommend a change of decision for the institution’s sake. Everybody will be able to see then whether Juncker and Selmayr, after so many grandiloquent declarations on Europe, give priority to the European Union’s interests or theirs.

This appointment is also a very serious management problem

Second, there is the other modest matter of management. Legal requirements for top appointments do not exist to please lawyers, but to promote good administration. Managing a 33.000 people international administration is no easy endeavour. The statute of the public service is complex, as is the budget process, cultural frictions abound, different visions must be tolerated, and sometimes stimulated. Selmayr’s experience in these regards remains extremely weak. He has spent his life in cabinets, which do not suffer from the same constraints.

Additionally, his behaviour appears very far from the job description. King’s article, for example, remarkably reflects this. Even if Selmayr is a strong political operator (that nobody can deny), he is described as “hubris and ambition” (hardly the basis of a universally accepted appointment at the head of one the biggest international administrations in the world). According to King (and others), Selmayr tends to promote systematically unquestioning friends. This cronyism already appears in the recent prolongations of various director generals. Mrs Souka, director general directly responsible for his appointment, has benefited from a prolongation. Mr. Verbeke, another director general for climate, but somewhat more independent, has not (due to the same independence, the Belgian government did not support him either). Working towards the boss already seems to pay.

Still better, “inside the Commission he turns nearly every policy decision into a test of faith in the European project — so that disagreement denotes dissent” (though bullying is generally not recognized as a good management principle). Certainly, the last weeks of the Commission have confirmed that one can be a very good cabinet chief but a very mediocre secretary general.

Finally, the secretary general must protect the administration’s integrity from the inevitable political pressures. Here, too, Selmayr appears totally inadequate. He is in fact a politician disguised under a very thin bureaucratic camouflage. His presence in the EPP meetings creates an additional precedent. (Juncker asking support to the same EPP group still makes it worse). What we see here is in fact the abandonment of a long administrative tradition of neutrality, and the establishment of a solid spoils system.

This collateral damage is essential. Juncker and Co have not appointed a new secretary general. They have in fact transformed this secretary general into a super chief of cabinet, with more administrative and financial means. It’s a complete politicization of the administration top, with worse to come. Inevitably, there will be a contagion effect. Oettinger’s explanations are generally dumb and contradictory, but occasionally honest. When this appointment is justified by the argument that “the Commission’s president can choose the person he works with”, this explains the real basis of the boss‘ decision. But of course such justification can bring a change a secretary general the moment the acting president leaves. Oettinger himself acknowledged this, and Mrs Grossetete in the European Parliament too. The same reasoning could bring other commissioners to claim another director general. Additionally, if this appointment is political, this justifies of course a political balance in the appointment of adjunct secretary generals.

Finally, the other general secretary’s role is to guarantee the respect of the administrative procedures. Here too, Selmayr appears inadequate. How can someone be the guarantee of the valid selection and appointment of candidates after having bent so many rules in his own ? There will always be suspicions.

All this will have a very negative impact on an international administration. In that regard Juncker reveals himself abysmally weaker than all his predecessors. This is the first time since 1952 that this appointment is both legally contestable and widely contested. By way of comparison, it suffices to notice Delors’ extreme smartness when Noel was replaced by Williamson in 1987. For Delors, it was essential to prove that the secretary general was not a simple emanation of the president, and that there was a political and national balance inside the institution. Delors’ vision was political, too, but in the noble and not the dirty meaning of the word. The first Juncker’s “legacy” will be to destabilize strongly the whole system.

This creates an awfully bad image just before an election period

Thirdly, there is a huge image problem. How are we meant to explain to the public such a meteoric career for someone with so little management experience and so much bending of the rules (one could suspect he was also appointed before director … in the BERD because he already did not respect the Commission’s requirements)? The commissioners are exposed as careless and occasionally lying. This applies to the nonsensical defences of Oettinger, but also to Timmermans and Thyssen, generally better inspired, who invoke the complete respect of the law. More fundamentally, president Juncker appears devious in the process, and cowardly in the defence. Clearly, after the Santer’s Commission fall in 1999, there appears to exist a scandal curse on the Luxembourg presidencies of the European Commission.

This curse even worsens because the long term impact of this will be much more damaging than the impact of the Santer’s Commission crisis of 1999. At the time, the conflict concerned mainly the appointment of doubtful cabinet members. Here, the system is wounded at its heart. This time, the crisis is systemic. Many useful Commission’s initiatives will suffer from this stain. It’s also pathetic to see the Commission’s strong communication smeared by repeated lies in this episode.

Others will lose credibility. It is fascinating, for example, to hear some European Parliament’s members – and not among the novices – who argue with great seriousness that of course the Parliament has no business to control the appointments in the Commission. Was the Parliament’s concern in 1999 for a much less important function an abuse of power then ? This reveals alas an institution with a lot of members much more eager to protect their own interests than principles. This could also be said about the eurobubble in Brussels. There are dozens of NGOs, think tanks, universities represented in town. The concentration of specialists in European law and affairs is by far the highest on the planet. In this world where people are generally so eager to be heard, nobody has defended Selmayr’s appointment, but more or less nobody has criticized it. Discretion remains the better part of valour. One cynic could comment that probably too many contracts and subsidies are at stake. This deafening silence in any case makes one pray intensely for the survival of a free press.

Most probably, Juncker and the commissioners won’t have the lucidity to correct the mistake. The Parliament will establish some irregularities, but won’t be able to draw the logical conclusions. This episode will come back recurrently during the populist campaign against the EU institutions in 2019. And later it will still be used to weaken the Commission. 2019 will sadly be far from the end of this story. With friends like these, Europe doesn’t need enemies.

This is an expanded and updated version of previous comments published in “Le Soir”, 30 March 2018.

DOWNLOAD PDF
LICENSED UNDER CC BY NC ND
SUGGESTED CITATION  Dehousse, Franklin: Selmayr’s Appointment: Why this Juncker Crisis is Much More Dangerous for the EU Commission than the Santer Crisis in 1999, VerfBlog, 2018/4/17, https://verfassungsblog.de/selmayrs-appointment-why-this-juncker-crisis-is-much-more-dangerous-for-the-eu-commission-than-the-santer-crisis-in-1999/, DOI: 10.17176/20180417-173341. 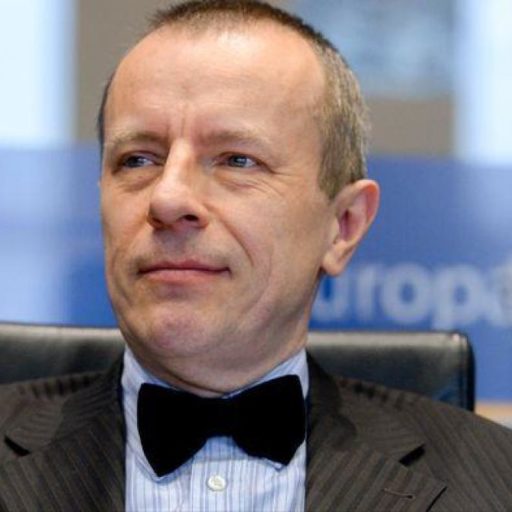