Serbia and Covid-19: State of Emergency in a State in Disarray

This is most evident in the way the State of Emergency was declared and in how a derogation of human rights guaranteed by the constitution was conducted, although the very substance of some of the measures taken by the Serbian government was problematic as well. To make things worse, the judiciary has not been a great help either.

State of Emergency – Form or Substance?

A State of Emergency (SoE) was declared in Serbia on 15 March 2020, nine days after the first Covid-19 case was officially registered. The SoE is regulated under article 200(1) of the Serbian Constitution, which says that this measure shall be proclaimed by the national assembly “[w]hen the survival of the state or its citizens is threatened by a public danger” (emphasis added). According to the same article, the national assembly may, together with the SoE, prescribe measures derogating from human and minority rights guaranteed by the constitution.

The SoE is an exceptional measure, and the question that immediately arose was whether introducing such a step was necessary for fighting the crisis caused by Covid-19 – especially as there was another instrument at hand: The Law on Decreasing the Risk from Catastrophe and Managing Emergency Situations recognizes the concept of an emergency situation, which is a somewhat softer measure but still represents an extraordinary act that enables the authorities to use particular measures, as well as additional force and means to respond to various types of crises. Since the mentioned law explicitly lists epidemic diseases as a type of natural disaster for which the emergency situation may be proclaimed, many argued that the introduction of this type of measure would have been a more appropriate response to Covid-19 crisis, one which would have been sufficient to stop the spread of the disease.

Leaving this discussion aside – after all, many other countries also introduced the SoE as a response to the Covid-19 crisis – what is more problematic is the way in which the SoE was introduced in Serbia: The decision proclaiming the SoE contains only two brief paragraphs, which neither specify the reasons for introducing the SoE nor its intended duration, and this decision was rendered jointly by the President of the Republic, the President of the National Assembly, and the Prime Minister.

One does not have to be a lawyer to find this situation a bit bizarre: the Government, by adopting a quick measure ostensibly aimed at preventing the further spread of the virus, in fact prevented the National Assembly from convening. Accepting this logic would take us to an absurd situation where the Government, which is according to the Constitution elected by and accountable to the National Assembly, would actually be able to bypass that same National Assembly on the basis of its own decisions. When asked about this issue, some of the Government’s representatives answered that the SoE could have been easily proclaimed by the National Assembly given that the ruling coalition has the majority in this body. This further illustrates a fundamental misunderstanding of some of the key provisions of the constitution, and the principle of division of power in general.

What is more, even when the SoE is not proclaimed by the National Assembly, this body has to verify the relevant decision on proclaiming the SoE “within 48 hours from its passing, that is, as soon as it is in a position to convene” (Art 200(8)). At this point, it should not come as a surprise that the National Assembly verified this decision only a month and a half later, on 29 April 2020, when it reconvened for the first time since the SoE was proclaimed.

The Curfew and Freedom of Movement

The second problematic decision rendered by the Serbian authorities in this period concerns the restriction of freedom of movement. For most of the previous month and a half, two main restrictions were in force: (i) a curfew, and (ii) a total restriction of movement for persons over 65 years (70 in rural areas).

The curfew, imposed in Serbia for the first time since the period of the Nazi occupation of Yugoslavia during the World War II, envisaged that no one would be allowed to leave their home during the nighttime without authorization. The exact time of the curfew was modified several times but was usually implemented between 6pm and 5am on workdays, and for the whole day during weekends.

In contrast, the restriction for older persons in the first weeks of the crisis was total, meaning that this entire category of people was prevented from leaving their homes at all times, except once a week for 30 minutes (usually on Sunday mornings between 4am and 7am), when they were permitted to purchase groceries. During the last couple of weeks, this measure was slightly softened, and the elderly were allowed to have a 30-minute walk three times per week.

Again, one can debate the appropriateness of these measures from a substantive point of view and whether they were necessary and proportional. However, even if we leave this question aside (as it might be considered a predominantly medical and epidemiological issue), there are considerable legal problems with the manner in which this measure was introduced.

Namely, the measure envisaging the curfew and the restriction of the freedom of movement was initially rendered on 18 March 2020 through the Order on limitation and restriction of movement signed by the Minister of Internal Affairs. However, the Serbian Constitution in Article 200(6) explicitly envisages that the measures which provide for derogation from human and minority rights, when not rendered by the National Assembly, can be prescribed by the Government, in the form of a decree, and with the President of the Republic as a co­signatory (which was eventually done only on 9 April 2020). This means that the initial measure on limitation and restriction of movement – which clearly derogated human rights – might be seen as rendered by a non-competent body (by the Ministry of Internal Affairs instead of by the Government, together with the President of the Republic) and in an inappropriate form (i.e. as an order instead of as a decree).

First of all, several individuals submitted initiatives for the assessment of the constitutionality of the measures imposed during the SoE. One of these initiatives was submitted as early as 1 April 2020 by a group of young lawyers from Serbia who questioned the proclamation of the SoE both from a substantive and a procedural point of view. The Constitutional Court of Bosnia and Herzegovina, faced with a similar initiative, found total restrictions of freedom of movement for certain categories of people to be discriminatory. In contrast, there are no indications that the Serbian Constitutional Court has even started to deliberate on any procedures upon these initiatives. This is undoubtedly a disappointing practice, especially in a sensitive situation such as the current one, where individual rights must be protected even more efficiently than in ordinary circumstances.

The second example concerns the conduct of ordinary (i.e. first-instance) courts in Serbia, which during the SoE started organizing proceedings over Skype in criminal and misdemeanor proceedings concerning possible violations of the measures on the restriction of movement. According to news reports, several decisions have already been made following the hearings organized over Skype. While the (im)possibility of holding online proceedings is not explicitly regulated under the Criminal Procedure Code, the prevailing opinion of various professionals (including the members of the Bar Association and law professors) was that these kinds of proceedings would be in violation of the right to a fair trial. Both under the Constitution and the Criminal Procedure Code, a person charged with a criminal offense that is available to the court shall have the right to a trial in his/her presence and is entitled to a public hearing. Conducting express online proceedings against persons who are available to the court seem to go against these fundamental requirements, so, irrespective of the outcome of potential appeal proceedings (which most likely would result in the annulment of the first-instance decisions), we can already say that invoking this kind of a revolutionary practice during the SoE (in criminal and misdemeanor proceedings!) cannot be seen in a positive light.

The crisis caused by Covid-19 seems to have brought already existing problems in Serbia to the surface. While a problematic functioning of the executive (but also of the legislative bodies), coupled with a loose interpretation of the relevant procedures and practices, is unfortunately not something that comes as a surprise for many of those familiar with the political situation in Serbia, the current crisis unveils these deficiencies even more.

In this sense, despite the vast negative consequences of this pandemic, it could also be an opportunity to reflect on the conduct and the role of the various state institutions. During the last ten days of the SoE (which was terminated on 5 May 2020), there were two parallel (and, only seemingly, contradictory) processes taking place in Serbia: While the Government was gradually softening measures, the citizens have started expressing their dissatisfaction with the way in which the crisis has been handled. The impression is that this dissatisfaction does not come so much as a result of the (inevitably?) restrictive measures that were imposed during the previous months, but predominantly because of citizens’ dissatisfaction with the conduct and transparency of the institutions which should be working in their interest. Perhaps the vast majority of people in Serbia are starting to realize the importance of the independence of all state institutions. The Covid-19 crisis could represent a turning point in this respect.

Explore posts related to this:
Coronavirus, Rule of Law, Serbia, State of Emergency 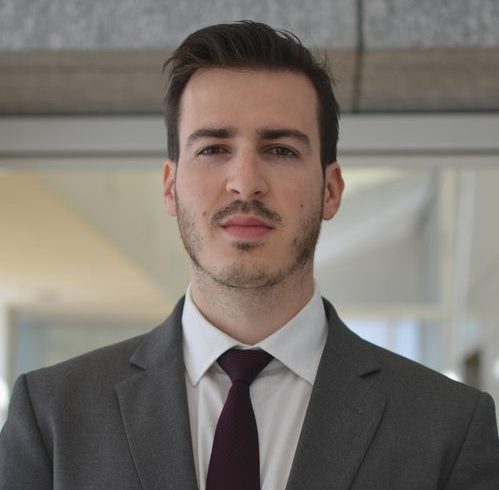 Explore posts related to this:
Coronavirus, Rule of Law, Serbia, State of Emergency

Other posts about this region:
Serbien No Comments Join the discussion
Go to Top