Will Putin's aggression against Ukraine stop the politics of resentment in Serbia?

Since 3 April 2022, when elections at all levels were held, Serbia has been on hold. Two months after the elections, only the President of Serbia has begun to serve his regular (second) mandate, while the official results of the parliamentary elections are yet to be proclaimed, the new composition of the National Assembly is yet to be convened, and the new government is yet to be formed. As a populist leader, President Vučić wants to control the functioning of all institutions. Ever since he won his first mandate in 2017, transitions between old and new political institutions in post-election periods took until the end of the deadlines set by the constitution. This time, the practice is being used as an excuse for the non-imposition of sanctions on Russia, an obligation streaming from Serbia’s status as candidate for membership of the European Union. In the meantime, Serbian citizens wait to see the cost of non-functional democracy, energy policies based on exclusive imports of gas from Russia, and the non-compliance with EU foreign policy toward Russia.

The April presidential and local elections were regularly scheduled, but the parliamentary election was ahead of schedule. The President of the Republic, now reelected, publicized the 2022 snap parliamentary elections already in 2020, even though in the 2020 parliamentary elections, his party won an absolute majority in the National Assembly. His move was unexpected but probably motivated by the fact that most opposition parties boycotted the elections (claiming unfair election conditions), which reduced the quality of democracy and turned Serbia into a one-party state. The European Union,  which has struggled with democratic backsliding in Hungary and Poland for quite some time, did not welcome such a sudden democratic collapse.

The period between two election turns was marked by further democratic backsliding, the challenges of the COVID-19 pandemic, an attempt to improve electoral conditions through inter-party dialogue backed up by the EU, environmental protests, and the constitutional changes that managed only superficially to depoliticize the Serbian judiciary. Russia’s aggression against Ukraine, which occurred at the beginning of the (official) election campaign, added to the already tense political situation.

In Hungary, Prime Minister Orbán skillfully used the war in Ukraine to shape the electoral campaign and succeeded in preventing the expected victory of the opposition. In Serbia, where another convincing victory of President Vučić and his party was expected, the opposite happened. President Vučić won the elections with 58,59 percent of the votes, leaving the other seven candidates far behind him. He will again serve a five-year presidential mandate, with no constitutional possibility to run for the third mandate. However, his party lost the absolute majority in the National Assembly and will have to form a coalition government.

The domination of President Vučić’s party was stopped as, according to preliminary results, his party lost the overall majority. Many opposition parties crossed the 3 percent threshold and entered the parliament, including the biggest opposition coalition United for the Victory of Serbia, one green-left coalition, and several right-wing parties whose success the President of the Republic explained with the (arguably) considerable public support of Russia in the Ukraine war. In addition, among 250 available mandates, approximately 12 mandates will go to ethnic minority parties, which had seats also in the previous parliamentary term.

More than thirty mandates will be allocated to the party of the former President Slobodan Milošević -the Social Party of Serbia, a traditional ally of the President’s Serbian Progressive Party in forming the government. Since the ruling party does not have enough votes to form the government (126), there are only two possible options: one is a coalition with ethnic minority parties and the Socialist Party of Serbia, with a pro-Russian oriented leader and followers, and the other – a coalition only with ethnic minority parties which would get limited parliamentary support from the pro-European opposition parties, for example only when securing the continuance of European integration is at stake. However, this is just a speculation since the official parliamentary elections results have not yet been announced.

What prevents the proclamation of the results? Officially, the announcement has been postponed because elections were repeated three times in the area populated by ethnic Albanians. Unofficially, the postponement buys some time for deciding whether Serbia is going to the West or East. This does not mean that, at present, no one can make that decision. Theoretically, the Government, although its term in office is terminated, could do it, invoking Article 17 of the Law on the Government which stipulates that even with the term in office terminated, the Government can perform pending affairs and adopt certain acts if the state interests, the interests of defense or economic crisis justify their adoption. After all, as will be explained later, Serbia had already aligned with some EU restrictive measures connected to the war in Ukraine, although the Government term in office was terminated before the war started. Therefore it is currently primarily the hesitation to impose sanctions on Russia that put democracy in Serbia on hold.

First, relying on the legal possibility to convene the dissolved parliament for the presidential inauguration, the President took the oath and began his second term before the MPs whose term in office was ended in February in anticipation of the snap elections. As a reminder: most opposition parties were not represented in the last term of the National Assembly as they boycotted the 2020 elections, and therefore the composition of the dissolved parliament was not pluralistic. Choosing to be inaugurated in front of a one-party legislature instead of providing conditions for convening the new National Assembly with pluralist composition, confirms that, if they cannot bypass the legislators, populists use different tactics to control them. Being a populist leader, President Vučić once again showed low regard for the pluralist nature of democracy.

Second, even on the occasion of the inauguration, the reelected President continued to violate the Constitution. He colored the official text of the constitutional oath with religious premises absent from the original text (Serbia is a constitutionally established secular state) and omitted to announce that he would step down from the position of party leader. During the whole term of his previous mandate, he ignored the constitutional rule forbidding the President of the Republic to perform any other public or professional functions. At the inauguration, he expressed no intention to change this attitude. The risk of further erosion of democracy in Serbia is palpable.

Third, the President gave some hints about future plans, again bypassing constitutional checks and balances. Concerning domestic politics, he promised the fast announcement of the official results of the parliamentary elections, meaning that there would be no more demands for repeated elections and that administrative and judicial proceedings on the possible new objections would be completed quickly. He also promised to hold a session of the new National Assembly soon and the formation of the new government by the end of July. He has pledged military but not political neutrality regarding foreign relations and softened his pro-Russian stance by emphasizing Serbia’s EU membership path. The President also hinted that the new government had to „deal with sanctions“ [presumably against Russia]. Finally, Kosovo was also part of his inaugural address, as it is of his populist constitutionalism. He used this opportunity to again transform emotions into a constitutional doctrine of territorial integrity: the Constitution does not serve to protect citizens from arbitrary state power anymore but to protect the state’s territorial integrity. The politics of resentment toward the West was reaffirmed but in a somewhat muted tone.

Ukraine War, EU Accession and Time of the Canceled Flights

The most popular tool to mobilize public support in Serbia has become a claim to retain sovereignty over Kosovo, although one cannot retain a territory (or anything else) over which one has no control. Before Russia’s aggression against Ukraine, the ruling populists, particularly President Vučić, have been using public emotions over the Kosovo dispute to retain power. As the United States has openly supported the independence of Kosovo, and the European Union proclaimed that an independent Kosovo state has a European future, in the last decade, the ruling populists have managed to turn the public’s emotions into politics of resentment toward the West. This was easily achieved because the wounds from the illegal NATO bombing of Serbia (without approval by the Security Council) are still fresh, even though the NATO bombarding was closely connected with Milošević’s xenophobic politics and authoritarian rule.

Thus, although Serbia applied for the EU membership and got the status of a candidate country in 2012, with the negotiations opened in 2014, the ruling populists did nothing to harmonize the foreign policy with the EU. Instead, they turned to Russia and China to secure allies in the fight over Kosovo. Additionally, Putin’s style of authoritarian rule is much closer to them than liberal values, like pluralism, the rule of law, and separation of powers, promoted in the European Union.

By contrast, since Kosovo seceded from Serbia in 2008, President Putin has managed to use Serbian outrage over the loss of Kosovo to bolster Russian influence in the Balkans. His trump card is Russia’s veto in the Security Council on Kosovo’s admission to the UN. But this is a cheat as he uses the Kosovo dispute to protect Russia’s interests. Only after the invasion of Ukraine, the public was reminded that Russia did not use a veto in the Security Council to prevent the imposition of sanctions on the former Yugoslavia in 1992, and that in 2014, Putin invoked the example of Kosovo to justify the annexation of Crimea.

The damage is done and the general support of European integration has been weakened over the years, as politically controlled public media managed to turn the West into the main enemy and Russia into the main defender. It is also true that the European Union has done very little to encourage Serbia to consolidate democracy, preoccupied with its own crises and tired of enlargement. Then, the invasion of Ukraine came, and the defender became the aggressor, while the Western Balkans reattracted the EU’s attention for security reasons.

While the situation may change by the time this post is published, here is the summary of the current situation. By 5 June 2022, the 102nd day of the invasion, and after initial hesitation, Serbia officially condemned Russia’s aggression in Ukraine both internally and internationally. In the internal act of the National Security Council, Serbia expressed full and principled support for the territorial integrity of Ukraine (26 February 2022). On the international plane, Serbia voted in favor of the UN General Assembly Resolution A/RES/ES 11/1, condemning Russia’s aggression against Ukraine (3 March 2022). Additionally, in connection to the war in Ukraine, Serbia aligned with the EU Council Decision on restrictive measures against former Ukrainian President Viktor Yanukovych (12 March 2022) and with the sanctions imposed by the European Union concerning restrictive measures in view of the situation in Belarus and the involvement of Belarus in the Russian aggression against Ukraine (8 April 2022).

However, what is notably missing is the alignment with the EU sanctions against Russia, introduced in six packages. At present, the Serbian President is still on the fence, calculating when the time will come to abandon one side. After Russian Minister Lavrov’s visit to Serbia was canceled, the President hinted, although in a bitter tone, that Serbia’s accession to the EU would accelerate in December. This should mean that by that time, Serbia could manage to wriggle free from iron Russia’s embrace. In the meantime, state-owned and politically controlled media are getting the general public to view Serbia from the perspective of the new reality by advertising What is EU to Us several times a day.

The events in Serbia are accelerating. Stay tuned.

Other posts about this region:
Europa, Serbien 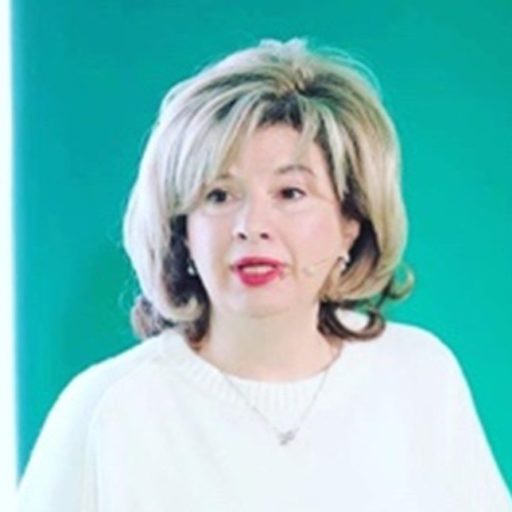 Other posts about this region:
Europa, Serbien No Comments Join the discussion
Go to Top