The Basic Law: Israel as the Nation-State of the Jewish People was passed by the Knesset on July 19, 2018. This Article describes the main provisions of the Basic Law; it discusses some of the past history leading to the legislation. It also provides some evaluation as to its effects and speculations concerning its future.

The Basic Law purports to entrench the identity of the state as a Jewish state. While the older canonical official documents such as the Declaration of Independence and Basic Law: Human Dignity and Freedom speak of Israel as a Jewish state which also cherishes universal values (equality and justice in the case of the Declaration and democracy in the case of Basic Law: Human Dignity and Freedom), the new Basic Law omits any reference to such universal values. The key phrase that has been used in the last three decades in official documents was: ‚Israel as a Jewish and a democratic state.‘ The omission of this phrase or any reference to democracy or equality in this Basic Law was a deliberate choice on the part of the Knesset. For reasons that will be mentioned later all proposals to add references to universal liberal values were rejected by the Knesset. The novelty of the law is not therefore in the willingness to entrench the status of the State as a Jewish state but in the deliberate omission of any reference to universal values. For a critique of this decision, see Suzie Navot.

The Sections of the Basic Law

Section 1 is a general section affirming the right to Jewish self-determination in the land of Israel. There are two major novelties in this provision. First it speaks for the first time of the „natural cultural, religious, and historical right to self determination. The right to ‚religious‘ self-determination is new and has not been mentioned in any official documents in the past. Second, for the first time, section 1 of the Basic Law emphasizes that the right to national self-determination in the state of Israel is granted exclusively to the Jewish nation. This is a direct reference to proposals to regard Israel as facilitating, encouraging or at least acknowledging collective self-determination for both Jews and Palestinians. The section therefore is designed specifically to pronounce that there is an asymmetry between the status of Jews and Palestinians in Israel. While the former have both individual and collective rights as a group, the latter have only individual rights.

Section 2 specifies the official symbols of the state: the name of the state, the flag, the anthem etc. The symbols of the State of Israel refer exclusively to Jewish culture and history. There were proposals to design more inclusive symbols. Late Justice Miriam Ben-Porat supported changing the Israeli anthem (Hatikva — the Hope) and include in it references that will be more inclusive and refer to the history of Palestinian citizens of Israel. Section 2 contains an implicit rejection of these proposals.

Section 4 has been one of the stumbling blocks in the negotiations leading to the legislation. The issue in this section is the status of the Arabic language. The official languages in mandatory Palestine were English, Hebrew and Arabic. After independence, English was excluded and the official languages in Israel have since then been Hebrew and Arabic. The recognition of Arabic as an official language has had practical effects. Several decisions of the Supreme Court protect the status of Arabic language. For instance, in HCJ 4112/99 the Court decided that municipalities are obliged to use street signs in Arabic in addition to Hebrew. Section 4 demotes Arabic from its status as an official language to a language „with a special status“. An indication to the debates preceding the legislation can be found in the last sub-section of section 4 which asserts: This law does not detract from the status that was given in practice to the Arabic language before the enactment of this law. This provision was included to appease some of the potential opponents of the Basic Law.

Section 5 declares that Israel will be open to Jewish immigration and section 6 speaks of the duties of Israel towards Jews abroad. It declares among other things that Israel will act to preserve the cultural, historical and religious tradition of the Jewish nation in the diaspora.

Section 7 was probably the most contentious section. Zionism at its beginnings cherished the value of settling in the land. The Zionist organizations bought land and promoted Jewish settlement on the land of Israel. The ideal of the ‚occupying the land‘ was regarded as central to the success of the Zionist movement. After the Independence remnants of this idea were retained in Israeli legislation. In particular, the Israel Land Authority leased some of its lands to Jews only as they officially belonged to Zionist organizations and not to the State. In a famous decision HCJ 6698/95 (Ka’adan) which can only be compared with the famous US Brown v. Board of Education, the Supreme Court decided that this practice is illegal. Since then there were consistent efforts to revive the legality of racially homogenous settlements which so far failed. Section 7 does not explicitly allow racial segregation but its proponents hope that this will be its practical effect. It declares that the state regards the development of Jewish settlement as a national value and will act in order to promote and advance the establishment of Jewish settlements. The opponents of the Basic Law regard this provision as the most anti-democratic section in the Basic Law.

Section 8 establishes the official status of the Jewish Calendar; section 9 dictates the national holidays and memorial days; section 10 declares that the Jewish holidays will be the holidays in the State of Israel but protects also the rights of religious minorities to celebrate their own religious holidays. Section 11 declares that this Basic Law can be changed only by a majority of the members of the Knesset (61 members).

The Basic Law has occupied the Israeli Knesset for many years. The idea to enact such a statute was first raised in 2011. Various proposals some of which were more nationalist than the new Basic Law and others more moderate have been made. The reactions to the enactment of the Basic Law have been dramatic. It is time now to evaluate the law, examine the arguments made by its proponents and opponents and predict (of if you wish speculate) about its potential future effects.

There is however a great inconsistency in the arguments of the proponents of the new Basic Law which unfortunately has not been pointed out in the debates preceding the legislation. Most of the proponents of the Basic Law have been very critical of the powers of the Court and also highly critical of the basic laws themselves and the judicial interpretation of these laws (I wrote about this previously here). In particular, it has been argued that basic laws and in particular basic laws which entrench central values should be passed only on the basis of broad consensus that reflects the deeper shared values of the nation as a whole. Yet, the Basic Law that is supposed to entrench Israel as a Jewish state was passed by a very small margin (62 in favor 55 against). So while most of the supporters of this law complain about the small margin in which the previous basic laws have been passed (and draw the conclusion that they are not sufficiently representational and therefore illegitimate), they have not followed their own judicial philosophy.: short term interests, hypocrisy and most likely intellectual dishonesty of monstrous magnitude led the supporters of the Basic Law to act against their own philosophical convictions.

Given the intense opposition to the Basic Law on the part of all opposition members from the left and center as well as opposition on the part of the traditional rightwing conservatives and almost all minority Knesset members, the law cannot be genuinely regarded as resting on the shared values of the Israeli society. It is clearly a sectarian law promoting not the values of Israel as such but the values of the current government as such. The values promoted by the law are not the shared values of the State of Israel but the shared values of two political parties: the Likud and the Jewish Home party. Moreover, the law is vague in its provisions and it grants therefore courts broad discretion. It is difficult to reconcile the traditional criticisms and often also verbal abuse of the Court by prominent members of nationalist parties arguing that the Court is too activist with the willingness to pass a basic law which is highly vague and inevitably leaves much powers in the hands of the Court.

The opponents of the Basic Law raise both principled and pragmatic reasons. The Basic Law contains some provisions which are very difficult to reconcile with a democratic or an egalitarian state. Most clearly section 7 prioritizes Jewish settlement over settlement of non-Jews. The ardent supporters of the law have not succeeded to pass a provision which will override Ka’adan and allows the establishment of racially segregated municipalities. But even its more moderate form is regarded by many as pernicious. The demotion of the Arabic language is also regarded as unacceptable. In addition, pragmatic arguments are being raised; it is argued that the law will strain the already uneasy relationships between Israel and its Palestinian citizens as well as other minorities. The Druze community has also expressed its intense resistance to the Basic Law.

Finally, the opponents point out that the Basic Law is part of a much larger enterprise to weaken and even to eradicate the liberal foundations of the Israeli legal system. In recent years there has been a flood of legislation limiting the right to free speech, the ability of human rights organizations to raise money abroad, the freedom of movement and others.

As this Article is being written several petitions against the Basic Law are being prepared and will be submitted to the Supreme Court. The Court however may find it very difficult to declare the Basic Law void. This is not only because of the political threats directed against the Court made almost daily by prominent politicians or because of the flood of political appointments to the Court made by the Minister of Justice Ayelet Shaked. It is also because the law is a basic law; to strike its provisions and declare them void would require the Court to use the doctrine known as the unconstitutional constitutional amendment doctrine used famously by the Indian Court. This doctrine allows the Court to strike down constitutional amendments when they conflict with fundamental constitutional principles. Given the current composition of the Court and its vulnerability, it is very unlikely to happen. One potential effect of the petitions against the Basic Law is to force the Court to express its opinion concerning the interpretation of the more provocative sections of the law. The hope of the opponents of the Basic Law is that in order to maintain the image of Israel as a liberal state, the Court will express its opinion that section 7 that declares that promoting Jewish settlement is a national value should be interpreted narrowly and it does not allow the establishment of racially segregated settlements. 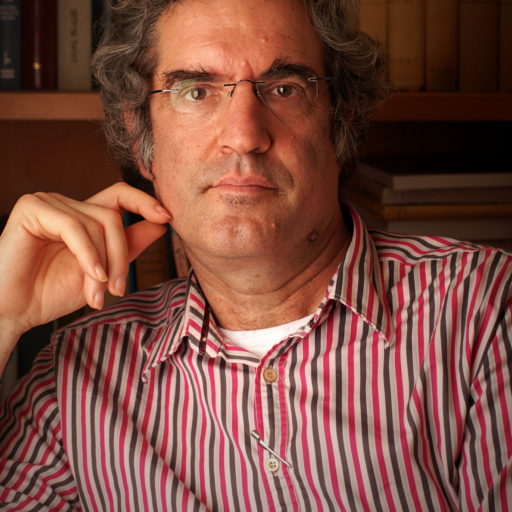 Alon Harel Professor Alon Harel holds the Phillip and Estelle Mizock chair in administrative and criminal law at the Hebrew University in Jerusalem. In 2019/20 he is a Fellow at the Wissenschaftskolleg Institute of Advanced Studies in Berlin.
Other posts about this region:
Israel und besetzte Gebiete No Comments Join the discussion
pixel_not_set
Go to Top