Whether it is appropriate for a historian to integrate notions of human rights and humanitarian law when writing about the Dutch/Indonesian re-/de-colonisation war (1945-1949) has repeatedly been a subject of discussion. I recall debates among academics, journalists, politicians and veterans when doing research for my PhD thesis Last van de Oorlog, de Nederlandse oorlogsmidaden in Indonesie en hun verwerking (2002) [Burden of War,Coming to Terms with Dutch War Crimes in Indonesia]. This was more than twenty years ago, when the use of the term ‘war crimes’ was considered offensive by veterans of that war because of its association with the crimes of the Nazi regime. Using the term ‘Indonesia’ instead of ‘the Netherlands Indies’ implied distancing oneself from colonial terminology. Today, such terms seem to have lost these deeper meanings. There appears to be more consensus about the unjust nature of the war, resulting in Indonesian victims of Dutch violence and in suppressing the right to freedom of the legitimate political entity Indonesia. As a scholar who has studied the evolution of the discourse on this topic, being asked to contribute to a symposium about the relation between decolonisation and human rights, is the perfect occasion to look back.

The Role of ‘Relative Outsiders’

It is striking that the topic of Dutch war crimes in Indonesia was suggested to me, educated in the Netherlands but of Italian origin, by a Dutch expert on human rights and terrorism of Swiss origin, Professor Alex Schmid. Years later, in 2012, for the first time studies on Dutch violence in Indonesia were represented through the lens of human rights violations, in a special issue of The Journal of Genocide Research. During their stay at the European University in Florence, Dirk Moses, an Australian professor of history, and Bart Luttikhuis, a Dutch PhD scholar, took the initiative to solicit contributions from experts on mass violence during the Dutch/Indonesian decolonisation war. Their interest had been triggered by the law suit that human rights lawyer Liesbeth Zegveld had filed against the Dutch government in 2008, claiming apologies and compensation for the victims of a Dutch summary execution in December 1947.

The initial driving forces behind the law case were however two Indonesians, Jeffery Pondaag and Batara Hutagalung, who in 2005 had founded the association Komite Utang Kehormatan Belanda [Committee of Dutch Debts of Honour]. Strikingly enough, their motivation to engage with the cause of victims of Dutch violence was triggered by experiences gained outside Indonesia. Hutagalung had learned about the practice of Vergangenheitsbewältigung during his studies in Germany, and was determined to put it into practice in Indonesia. Pondaag, who had moved from Indonesia to the Netherlands with his family as a young adult, was offended by how Dutch veterans referred to Indonesian freedom fighters as ‘criminals’ and ‘terrorists’. He felt the need to confront the Dutch public with the fate of Indonesian victims of Dutch violence.

Meanwhile, at the University of Bern, Swiss-Dutch historian Remy Limpach was writing a study on the use of excessive violence by the Dutch armed forces. As the output of a Swiss funding scheme, it was first written in German. But as in the Netherlands the topic was becoming increasingly salient, the interest in a Dutch version of Limpach’s study grew.

This resulted in the full support of the Dutch Institute for Military History to publish a richly annotated and illustrated Dutch translation of his German thesis that was presented at a press conference in September 2016. Coupled with the political weight of Zegveld’s earlier human rights victory, Limpach’s revealing conclusions about the scale of Dutch violence persuaded the Dutch government to fund a large scale research programme.  This success, however, would not have been possible without the effort and interest of people with a slightly different historical framework then the one that was prevalent in the Netherlands.

The Delineation of Victimhood

A fascination for a topic is likely to emerge when encountering something that surprises, that is ‘unexpected’ or ‘inconsistent’. What struck me personally when I first heard about Dutch war crimes in Indonesia in the 1990s, was the contrast with the memories I had of the stories about the Dutch resistance that ‘meester de Graaf’ would tell us in our last year of primary school. The war in Indonesia was not mentioned once. I think it is this contrast that strikes ‘relative outsiders’: the difference between how the Dutch remember and commemorate the Second World War and the struggle with coming to terms with their own re-occupation of Indonesia (1945-1949). Years later, a similar contrast could be observed between the Dutch aspiration of being a leading nation [‘gidsland’] in the field of human rights observation while turning a blind eye to the Dutch record of colonial human rights violations.

A special stakeholder group to consider when discussing Dutch historiography on the Dutch-Indonesian conflict is the community of Indies veterans. Controversies began to emerge in the late 1960s after scholarly literature and media began to address excessive violence committed by soldiers of the Dutch Armed Forces. The climax of this was the death threat that former deserter Poncke Princen received in 1994, after publicly pleading for greater openness about the crimes that Dutch soldiers had committed.

At the time, the authorities did not respond with commissioning an historical inquiry that could have put an end to allegedly false accusations about the scale and character of the crimes that had been committed by Dutch soldiers. Instead, the government invested heavily in a much-needed programme of support for veterans. After decades of total neglect, they received apologies from the government and the acknowledgement that they had been the ‘victims’ of a policy that had led to a senseless war. However, the now dominant framework of veterans ‘as victims of a wrong policy’ left little space for considering the fate of those on the receiving end of the violence: the Indonesian victims of torture, execution, rape, arson and theft.

The Shift in Perspectives – the Era of Apologies

In the past decades, Netherland’s leading experts on the history of this conflict have repeatedly rejected the reproach made by some critical journalists and publicists that they were wilfully contributing to a rosy picture of Dutch colonialism. They considered the brief waves of moral indignation that would follow after the disclosure of a major Dutch war crime in the national media as superficial and illustrative for the public’s lack of knowledge of guerrilla warfare. There seemed to be an overall consensus that a professional historian should refrain from moral judgements, only consider empirical evidence and be extremely cautious about the credibility of references to Dutch violence that could be found in memoirs and oral histories.

Today, we seem to be operating in quite different scholarly and societal frameworks. “Woke” ideologies tackling issues such as race, feminism, and colonialism that were once regarded as radical have gained legitimacy in academia and beyond. The victory of human rights lawyer Liesbeth Zegveld in 2011 can be regarded as a turning point in this regard. Because of the authoritative status of the judicial verdict, the topic moved from the research agenda of a limited community of experts to the centre of public attention. A climax was reached with King Willem Alexander’s decision to offer apologies for the Dutch violence, when he paid a state visit to Indonesia in March 2020. Such a symbol of repentance was inconceivable in 1995, when his mother queen Beatrix also visited Indonesia as head of state. Accompanied by a strong delegation of Indies veterans, who had successfully pleaded for delaying her visit so as not to coincide with Indonesia’s celebration of 50 years of independence, her state visit turned into a diplomatic disaster.

Can one hold Historians Accountable for not doing something?

I recall following a debate in that very same year, 1995, between essayist Rudy Kousbroek, who severely criticized the parochial Dutch perspective on its colonial history, and historian Pieter Drooglever. The latter was an expert in Dutch-Indonesian negotiations during the struggle for independence. Drooglever acknowledged the many blank spots in the history of the conflict, but considered them as a natural phenomenon. He argued that there will always be blank spots in history, but as time goes by, they are filled by new generations of scholars.

At the time I felt drawn to Rudy Kousbroek’s position, but as a novice in the scholarly community of historians I tried to choose my words carefully. In my view, it was not a question of deliberately turning a blind eye to Dutch colonial oppression. The blindness was embedded in the dominant professional code of conduct which required historians to be neutral, distrust emotions and keep distance. Later on in my career, I learned how funding plays a role in the decision to tackle controversial topics. Renowned research institutes – the key players in the production of authoritative knowledge – often depend on external funding to meet ends. They have to take the societal salience of their research agenda into account when laying out their strategies.

When considering the realisation of the recent large scale research programme Independence, Decolonisation, Violence and War in Indonesia, the results of which will be published in February 2022, we have indeed come a long way. I believe that the scale of the research output will make a difference in how the war in Indonesia will be remembered.

It is clear that the lens of justice and the ‘moral turn’ brought about by the globalisation of human rights ideology have challenged the more narrow national reference frame through which the conflict used to be represented. The shift to younger generations of historians, journalists, and politicians with a stronger international orientation was crucial, as well as the gradual fading away of the generation of Indies veterans who had to be protected from the risk of prosecution. This has finally created the public and mental space to tackle the topic of Dutch perpetratorship and Indonesian victims.

When looking back at my own position, I realise how important time and societal pushback are for changes in the historical representation of controversial topics. But I disagree with Drooglever’s position that historians should consider this as a ‘natural process’. It is my contention that historians have the social responsibility to take an active stance in dismantling historical taboos. In doing so, they should make an effort to understand the radical tone of some activist groups who have claims about how the history of a certain historical topic should be written. No matter how irrational, subjective and unvalidated these claims seem in the eyes of the established community of scholars, they are important signals that point to voids in our history. 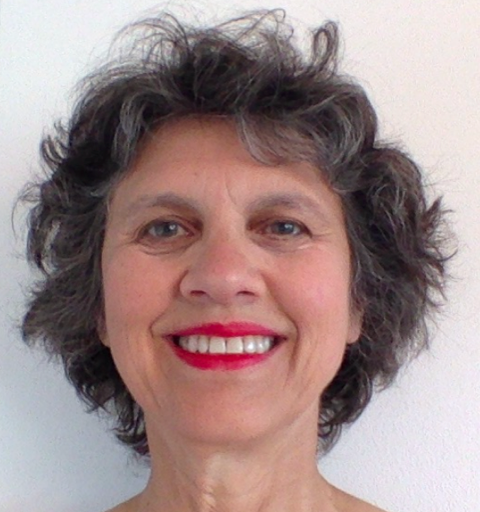