This symposium on ‘Decolonization and Human Rights in the Kingdom of the Netherlands’ is long overdue. It has been a distinct pleasure to contribute some opening remarks to the workshop organised by León Castellanos-Jankiewicz (Asser) and Wiebe Hommes (ACELG) that was recently held at the Asser Institute of International and European Law in the Hague. This contribution allows me to flesh out the main point that I made at the opening of that event.

The organisers of this online Symposium point to the apologies expressed recently by the Dutch King for Dutch colonial violence against the Indonesian people during their struggle for independence. Not only may these apologies for the ‘excessive violence’ used between 1945 and 1949 offered on behalf of the Dutch State be considered as belated. So too are present steps made by Dutch international lawyers towards a critical examination of the most recent colonial past of The Netherlands when compared to the engagement of other fields of Dutch academia in this regard.1)

The organisers of this symposium rightly observe that the Dutch ‘self-image [is] built around human rights promotion’, while it ‘sits alongside a long history of overseas exploitation’. This self-image is maintained by turning of a blind eye to the latter part of history and indeed ‘deserves to be further examined and problematised.’  Here, I respond to the organisers’ call for a disentanglement of the relation between (de)colonisation and human rights in the context of the Kingdom of The Netherlands. This is quite a task, which is beyond the scope of this blog and of the online symposium it is a part of.

Let me however articulate one proposition that lies at the basis of a successful disentanglement, and, more broadly, a remaking of the international legal history of The Netherlands. In my view, the narrative of the Grotian tradition in Dutch international affairs has stunted the research into the role or use of international law in modern Dutch imperialism.

This tradition is deployed as comprising a moral-legal approach to international affairs that is principle-and value-based and which aims to promote the development of international law and international institutions.3)

For decades, this Grotian narrative has nurtured the self-illusion of The Netherlands as a peaceful, non-aggressive and thus non-imperialist nation. This illusion has not just concealed the reality of Dutch formal and informal modern imperialism. It has also obstructed research into how international law has been implicated in this formal and informal modern imperialism of the late nineteenth and first half of the twentieth century.

Modern imperialism here refers to extra-European or overseas colonial expansion since 1870. Around 1900, Marxist and socialist authors used the term imperialism to criticize the violent practices of European countries to create lucrative investment opportunities overseas.4) The use of the term came to include aggressive expansionist capitalism more generally, which is why it applies to Dutch colonial and postcolonial policy after WWII when The Netherlands initially aimed to continue its colonial rule and to perpetuate its economic interests in the colonies while not shying away from using force to do so.

The Dutch self-illusion mentioned above was strengthened by the late nineteenth and early twentieth century idea and policy of the Dutch ethical empire [‘ethische politiek’], subscribing to and cultivating the civilizing mission of the Dutch in Asia and the Caribbean. The so-called ‘ethical policy’ was proclaimed by the Dutch government in 1901 and argued to be aimed at the social, economic and political elevation of the Indonesian peoples. A Dutch version of the classic move in the history of international law and empire: Dutch modern imperialism was justified by the ‘superior’ motherland’s mission to educate the colonized. This shows moreover how the distinction between the civilized and uncivilized permeated Dutch policy.

One of the most prominent international lawyers at the time was Leiden Professor Cornelis van Vollenhoven. While his writings show how he was dedicated to his Indonesian students and he spoke out against the exploitative nature of Dutch colonialism in his days, his paternalism is tangible as is a sense of European superiority in governance and culture. Van Vollenhoven understood himself as a Grotian scholar and the ethical policy he propagated as a type of Grotian ‘altruism’.

With the scholarship of historians such as Maarten Kuitenbrouwer, more critical examinations have started to change our understandings of Dutch modern imperialism.5) This shift in historical scholarship was however largely ignored in Dutch international legal scholarship. The latter continued largely to focus on Hugo Grotius and the seventeenth century; if it was interested in Dutch international legal history at all. Critical international-legal history on Dutch modern imperialism and its influence on the present is thus still rather limited.

In the context of this symposium I would like to reject the suggestion, which comes with the Grotian myth about Dutch foreign policy, that a direct line exists between Grotius’ innovative doctrine of subjective or individual rights as developed in the first half of the seventeenth century, and the twentieth century idea of individual human rights – and therewith the contemporary promotion by/in Dutch foreign policy. This suggestion ties in with the Dutch self-image of an international human rights defender, whose foreign policy is moreover driven by values such as international solidarity.

However, the picture is much more complex. As shown by more recent critical legal history scholarship – Anthony Anghie’s work on this has become an instant classic – from early modernity onwards the concept of subjective rights has been mobilised to legitimise European colonisation in Asia and the Americas. Or, rather, the concept of subjective rights was developed within the law of nations and nature in Spanish or Dutch sixteenth and seventeenth century scholarship in order to justify extra-European expansion. As is well-known today, the general reasoning then was that European powers –in casu, the Dutch- were violated in their subjective rights to free trade and peaceful communication by the peoples in Asia and the Americas, who rejected any corollary duties to which they were violently subjected by a European legal system forced upon them. In other words, subjective rights as such were used to justify colonial war. This is of course not the ‘Grotius’ or ‘Grotian thinking’ to which the Grotian tradition aims to refer.

The self-image of The Netherlands as a nation with a legalist (or Grotian) approach to international affairs has turned a blind eye to how Grotian legal reasonings and arguments have been used to legitimize Dutch colonialism and to shape the post-colonial structure of international law.

It is an understatement to say that the Kingdom of The Netherlands has not examined its colonial past sufficiently and that in particular the role of international law in shaping Dutch modern imperialism has generally been ignored or left implicit in Dutch international legal history. Similarly, for the period after WWII, the general understanding that the ideas and approach of the Grotian tradition guide and historically structure Dutch foreign policy and engagement in international affairs may explain – paradoxically – this blind spot.

This Verfassungsblog symposium is an excellent initiative and makes a valuable contribution to the confrontation of blind spots in conventional understandings of past Dutch foreign policy and the complexities of its international law tradition. 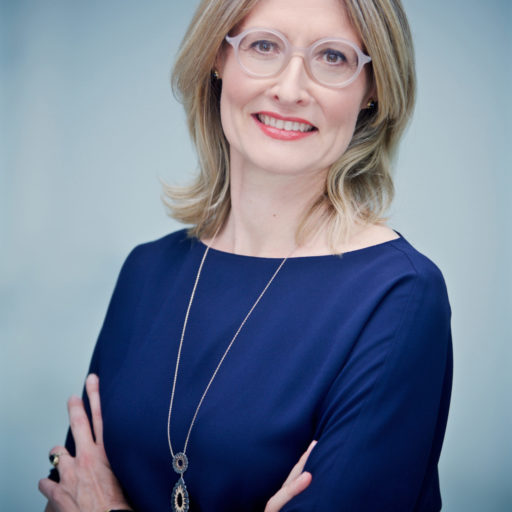