Should Round Table Negotiations Serve as a Strategic Device in Poland’s Politics Today?

Imagination, along with respect for established principles and rules, is one of the most important virtues when it comes to obeying the rule of law. In his opus magnum, The Spirit of the Laws, Montesquieu repeatedly emphasizes that imagination not only saves us from imitating the errors of other societies, such as initiating a bloody revolution, but also enables legislators to find new and just solutions and maintain the division of powers.

In those countries where illiberal populism is at power, one usually concentrates on the serious challenge it poses to the rule of law, in the meaning of how the constitution and other legal documents are changed or broken. But there is also a point of view from which illiberal politics is a challenge for imagination, both political and legal: If the supporters of liberal democracy won the general elections today, the immediate question would be how to restore the rule of law. In Poland, should one leave things as they are in the Constitutional Tribunal, risking that the acolytes of PiS will obstruct any political and legal action of their opponents? Or should one rather exchange the Constitutional Tribunal’s judges as soon as possible, and at the same time, violate the same rules that were previously not respected by Jaroslaw Kaczyński’s party?

From time to time, more conciliatory solutions are proposed, though. Among these, there is an idea of organizing new round table talks between populists and the other political powers, aiming at achieving a broader consensus before repairing the judiciary and other state institutions. In Poland, where the exit from the communist rule was the first in the region and the first round table talks organized in the early months of 1989, such proposals have been articulated by the opposition in the past few years.

There are, however, three reasons to believe that such talks would not be the most fortunate idea.

First, it is not clear that many groupings on Poland’s political scene would consider the round table to be a positive element in the country’s recent history. In fact, during the 30 years that followed 1989, the round table talks between the communist government and Solidarity did not become a part of a positive funding myth of the Third Republic. On the contrary, it became even more controversial.

Jan Kubik and Michael Bernhard in their book “Twenty Years after Communism” identified several contradicting interpretations of what happened, from rather positive ones of the ex-communists who considered the round table talks to be “a path to Europe”, and ex-solidarity milieu gathered around the former prime minister Tadeusz Mazowiecki, who called it “foundation for reconciliation”, to moderate critiques of the table’s moral ambiguity and harsh accusations of corruption, formulated by PiS and various members of right-wing intelligentsia. One can have doubts, then, whether round table talks could serve as an appropriate symbol of negotiations today.

Second, as Ralf Dahrendorf wrote in one of his letters in 1989, the round table talks in Warsaw were not an event of political normalcy. Indeed, it was an event establishing the future Polish political scene and drawing the most important lines between the elites, but it took place in conditions of abnormality. No democratic elections preceded the talks in Warsaw, and the fear of the Soviet army, stationed both on Poland’s territory and borders, was a strong and well-grounded emotion.

Although in Poland’s public debate, an argument about lack of political normalcy under the PiS government is an often articulated one, it is difficult to compare today’s situation with Poland from the end of the 1980s. Poland under Jarosław Kaczyński indeed departed from liberal democracy. Neither it is, however, a new authoritarian regime (at least not yet). PiS has attacked the rule of law, inveighed against minorities, took control of the Constitutional Tribunal, and changed the public news media into instruments of party propaganda. The victories of liberal politicians in local elections, however, as well as the loss of Senate by PiS to the opposition in the October 13th general elections, prove that not only PiS still can lose elections, but also when it does, it accepts the results. It is hard to imagine that PiS would take part in a kind of new round table talks and thus symbolically take the role of communists from 1989.

Third, seeking a solution in the round table seems too hasty to result from a proper diagnose of the current situation. The Polish state and society in 2019 is not the same as in 1989. For example, the negotiations between two elites – communists and Solidarity – were not only a founding moment for Poland’s new politics. It also was a very Schumpeterian moment, from the name of Joseph Schumpeter, a political theorist who considered democracy to be a mere exchange of elites “through a competitive struggle for the people’s vote”, where the citizens’ role was diminished to giving away – literary – their votes once in a few years.

It is hard to imagine a similar elitist solution today if one truly would like to create a better Poland and better politics. Also, the talks 30 years ago were called round, but in fact, the negotiations were bilateral, which mirrored the nature of the world at that time. Today, however, the world is multilateral, and so is Poland’s society, variated, and colorful. Again, round table talks would not have to be the best possible solution. Last but not least, the 1989 talks took place at a time when Poland’s raison d’etat was defined in the categories of returning to the West, and elevating the country from economic crisis and poverty, whereas today the most significant questions about Poland’s future are different, they concern its place as a European player, the model of welfare state etc.

Changing the round table talks into a symbol of a new national compromise is like creating a founding myth of something no one enjoys. Instead of establishing a better future on disappointment, one should search further and not forget about imagination. 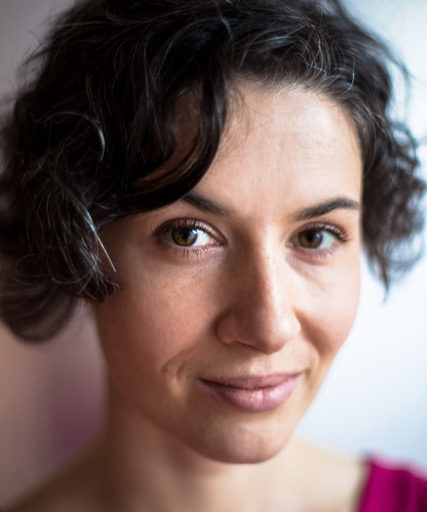 Karolina Wigura Karolina Wigura is sociologist, historian of ideas and journalist. She is member of the Board of Kultura Liberalna Foundation and assistant professor at Warsaw University's Institute of Sociology. In the academic year 2019/2020 she is visiting fellow at Wissenschaftskolleg Berlin.