Slovenia’s Legal Farce with the Nomination of European Delegated Prosecutors

On 1 June 2021, the European Public Prosecutor’s Office (EPPO) started its operational activities. The biting teeth of the EPPO are the European Delegated Prosecutors (EDPs) who work in their home states on cases falling within the EPPO’s competence. The number of EDPs per participating Member State varies. Two ought to be appointed with respect to Slovenia. There are twenty-two Member States participating in the EPPO, acting under the rules of enhanced cooperation. Slovenia is the only participating Member State that has not yet made a single nomination for the EDP positions (see here and here). This post seeks to sketch the legal framework governing the appointment of the EDPs, explain how the blockade came about at the national level in Slovenia, and elucidate why no appointments from Slovenia can be expected for the time being.

2. The European Delegated Prosecutors shall … be active members of the public prosecution service or judiciary of the respective Member States which nominated them. Their independence shall be beyond doubt and they shall possess the necessary qualifications and relevant practical experience of their national legal system.

At the national level, the State Prosecutor Act (SPA) regulates how Slovenia selects its nominees for the two EDP posts. Article 71.d.(2) SPA provides (my own translation):

Notably, the role of the Government in the nomination process is very limited and merely procedural in nature. Neither the Ministry of Justice nor the Government collectively is involved in the substantive weighing of the candidates’ suitability and their qualities. This is done by the expert national prosecutorial bodies, while the Ministry of Justice and the Government are only tasked with certain procedural duties to ensure that the procedure is carried out and its results properly communicated to the EPPO.

In accordance with this procedure, a call for applications to fill the EDP posts from Slovenia was published in the Official Gazette of the Republic of Slovenia on 9 October 2020. Four applications arrived by the deadline. On 26 November 2020, the State Prosecutorial Council proposed two candidates for the two EDP posts and notified the Ministry of Justice accordingly. Yet, the Government has never yet submitted the proposal to the EPPO. Why?

The reasons the Government has offered for blocking the appointment of two EDPs from Slovenia have been inconsistent at the very least. The Prime Minister has questioned the Government’s role in the entire process, claiming that the Government cannot be downgraded to the role of a postal service which merely passes on decisions of other organs (here). He also questioned the competency of the selected candidates, alleging that they did not have adequate foreign language skills. While the State Prosecutorial Council proved him wrong by publicly revealing certain details regarding the candidates’ foreign language qualifications, it should be recalled that Article 71.d.(2) SPA does not give the Government in general or the Prime Minister in particular any authority to assess the candidates’ linguistic or indeed any other abilities.

Why was the call for applications not concluded successfully, according to the Government? Article 71.č.(5) SPA, inter alia, provides that a call is unsuccessful when there are fewer applicants than there are positions available. This provision otherwise refers to the nomination process of European Prosecutors, but has been applied also to the EDPs by analogy. The use of this controversial analogy will be further discussed below. Even if the rule were applied to the EDPs, the State Prosecutorial Council selected two nominees for two positions out of the four applications. It would appear that even if one subscribes to the controversial reading of the SPA, the number of applicants had been sufficient in any case. However, according to the Government, the procedure was unsuccessful because Slovenia would actually need to propose not two but six nominees for the two positions. How did the Government suddenly start operating with six nominees if only two positions are foreseen for the EDPs from Slovenia?

The previous Article shall apply by analogy to the procedure regulating the call for application and to the formulation of a proposal for the appointment of a European Delegated Prosecutor.

Article 16 Regulation 2017/1939 provides that each participating Member State shall nominate three candidates for one European Prosecutor post per Member State, and then the Council appoints one per Member State upon receiving a reasoned opinion by the selection panel, referred to in Article 14(3) Regulation 2017/1939. At the national level in Slovenia, the Article 16 procedure, with the three-candidates-requirement, is reflected in Article 71.č. SPA. This is how the Government came to the three-times-two formula for the EDPs: it interpreted via Article 71.d.(3) SPA that the rule of three nominees for one European Prosecutor post also applies to the EDPs. Ergo, three nominees for two EDP posts equals six nominees in total. Since the threshold of six candidates was obviously not reached, the Government declared the call unsuccessful.

If one looked only at Slovenia’s national legislation, i.e. the SPA, the argument may not have been entirely implausible, as the text of Article 71.d.(3) SPA is indeed very wide. However, the Government’s reading of the procedure is clearly implausible in the light of Regulation 2017/1939. Articles 16 and 17 Regulation 2017/1939 set up completely different procedures for the appointments of European Prosecutors and the EDPs, respectively. In particular, Article 17 does not foresee an Article-16-like selection procedure between multiple candidates at the EPPO-level. Under Article 17, the College may reject a nominee for an EDP, but does not select between three nominees for one post, nor are the EDP candidates subjected to the Article 14(3) selection panel.

If Slovenia followed the Government’s three-times-two formula and sent six nominations for two EDP positions, there would simply be no Article 17 rule to select two out of six nominees. The Government’s interpretation of national legislation is thus too expansive and inconsistent with Regulation 2017/1939.

Where are we now?

There are two major ongoing developments: the repeated call for applications and a legal challenge before the Administrative Court of Slovenia that has been brought by the two candidates proposed by the State Prosecutorial Council in the first round.

While the second round is obviously not going anywhere, the first round is now subject to legal challenge before the Administrative Court. The two candidates proposed by the State Prosecutorial Council argued that the Government’s decision of 27 May 2021 was an administrative act subject to judicial review and sought interim relief to ensure that the unlawful—as they claim— second round would not factually invalidate the outcome of the first one. The Government argued that its decision of 27 May 2021 was not an administrative act because it, inter alia, does not refer to the plaintiffs individually, but to the Ministry of Justice which was instructed to prepare a new call.

Thus far, the Government has already presented some arguments before the Administrative Court indicating its principal legal position on the matter. In essence, the Government tries to argue that Article 71.č. SPA can be read into Article 17 Regulation 2017/1939, and that the Government’s interpretation of the national provision is thus not incompatible with the applicable Regulation. The gist of this argument is that since Article 17 gives the College the authority to reject a candidate, a Member State can also offer multiple candidates at the same time and the College then decides who should be appointed and who rejected. Yet, giving the College the authority to reject a candidate who does not fulfill the criteria under Article 17(2) is not quite the same as giving it the authority to select the best candidate on the list. For example, on which legal basis would the College reject four nominees from Slovenia if all six nominees fulfilled the requirements under Article 17(2)?

As delicate as it is to predict the outcome of any legal proceeding, one can reasonably expect in this case that the Administrative Court would decide that the Government unlawfully terminated the first round and failed to act pursuant to its obligations under Article 71.d. SPA. Yet, there is no guarantee that Slovenia’s EDP saga will not continue even if the two candidates succeeded with their legal challenge. After all, it is still the Government that has to submit to the EPPO the proposal prepared by State Prosecutorial Council. The Administrative Court’s (likely) finding of the Government’s unlawful actions and omissions would not automatically produce such a submission. The Government may simply continue to refuse to put the EDP matter on its agenda and thus never officially acquaint itself with the State Prosecutorial Council’s proposal. Such an outcome is certainly not unimaginable given the already-rich history of legal tricks that have been used to avoid the nomination of the EDPs from Slovenia. 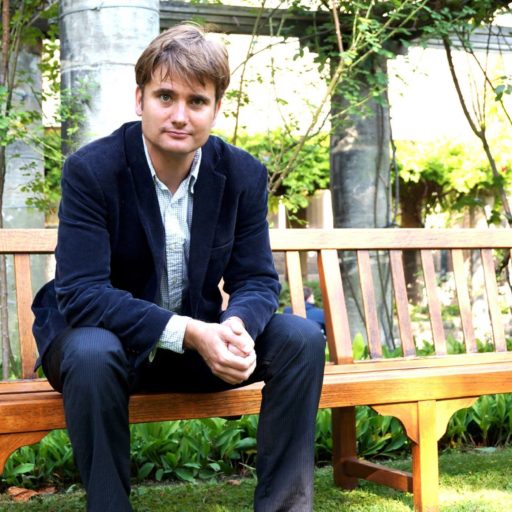 Other posts about this region:
Slowenien No Comments Join the discussion
Go to Top