„Some Amount of Hypocrisy in the German Alarm“

The NSA tapping into the mobile communication of heads of allied governments – is that legal under American law?

So, the NSA is actually allowed to do that?

It is legal, yes. The relevant law places a range of restrictions on the intelligence services surveillance of Americans and „U.S. persons“ (that is, foreigners with significant, long-term contacts with the U.S). But none of those restrictions apply to foreigners.

So, with Non-Americans the American intelligence services are free to do whatever they please?

With respect to eavesdropping and electronic intelligence gathering, yes.

Is this thing even perceived as a legal issue in America? Or is it merely a political issue?

It is primarily a matter of politics in the USA. I emphasize this when I talk with German and European colleagues whose thinking is deeply rooted in the Rechtsstaatsprinzip. We don’t have the same assumptions about judicial control of political actions. Maybe the best proof of this is the fact that we don’t have a thick body of Supreme Court jurisprudence that guides our thinking on security issues such as this.

So this is unchartered territory, legally?

It isn’t a territory that is dominated by the judicial enforcement of law. But it is subject that is very heavily legislated. I recongnize that this is a bit ironic for a country with a common law tradition like ours, a country the first implemented constitutional judicial review. But this is one area where the judiciary plays a much smaller role.

Is that because people don’t sue? These cases don’t appear in court?

The courts are hesitant to review these kinds of questions. We have a number of justiciability limitations on courts‘ review, including the standing doctrine and the political questions doctrine.  The latter, for example, allows the judiciary to avoid hearing cases even if there are actionable legal issues.  The courts can avoid hearing the case if they think the policial branches are better positioned to resolve the issue.

And is it, in this case?

We have a history of legislative responses to intelligence abuses and of congressional oversight of the intelligence institutions.

The revelations about the NSA have destroyed the basis of mutual trust with some of America‘s closest allies. That is obviously bad for the US. Is there a debate about tighter regulation for the NSA now?

It is a bit too early to say what will come of this. But Senator Dianne Feinstein, the chair of the Senate Intelligence Committee, has been an unwaivering supporter of the intelligence community until the last couple of days. Now she is calling for a review of NSA activities. That is also what the President called for on Monday.

But a review is something other than regulation, isn’t it?

Yes, but Congressional review is the step that would precede  the enactment of any new legislative or regulatory regime. Ideally there would be a very aggressive, very thorough, open ended Congressional investigation, exactly like the Church Committee investigation of the 70s.

Do think that is likely to happen?

No. But even a lighter form of Congressional review and reflection might lead to some regulation or legislation. That is the best hope we have for achieving some response to and limitation on these practises.

In Germany, the big uproar happened only when we learned that our Chancellor had been spied upon, whereas the fact that we ourselves are constantly spied upon didn’t stir all that much unrest here. Does that surprise you?

I’m not sure if I agree with the premise. Last summer when public learned that there was a vast amount of surveillance and data collection on ordinary Germans, I think there was quite a strong reaction in Germany.

But it didn’t have any political traction. It wasn’t even an issue in the federal election campaign, for instance.

Well, that is not what I personally experienced among my contacts in Germany. But if I accept your premise, I can think of at least two possible explanations. The first is practical. I think it is fair to assume that the Chancellor knows and has access to things that are extremely important for the well-being of the German polity. That might be one reason to be more alarmed about the latest revelations. The second explanation is the symbolic significance of this news. There is a symbolic impact to learning that one’s head of government has been exposed this way.

The reason I am asking is there is a perception that our own government hasn’t really been on our side on this until now.

I think that is totally fair, Max. That is one thing Germans should reflect on a bit. You and I both know that the Constitutional Court ruled a month ago that it’s unconstitutional to monitor members of the Bundestag. The fact that the Offices for the Protection of the Constitution were doing this, and that the practice was defended by the government, suggests some amout of hypocrisy in the German alarm over American intelligence activities. German institutions behave in similar kinds of ways for their own interests. What makes it more problematic if the Americans are doing it? Is it a matter of being comfortable with domestic surveillance but not foreign surveillance? Is it a matter of degree, the shere quantum of data that the American intelligence institutions are capable of gathering? Another point that weakens the German expression of alarm is the fact that German security institutions are the beneficiaries of American intelligence gathering. The German security apparatus is dependant on and willingly collaborates with American intelligence institutions.

That is a very interesting insight. Other forms of surveillance revelaed in the last year had a different character and impact for the institutional partners. But if the institutions themselves become the object of these measures that changes the equation.

If this is actually about states infringing the liberty of their people, why aren’t there more demands to reign in the state? Americans are always ready to distrust their government – why not here, where there seems to be real reason to be distrustful?

That’s part of what makes this so fascinating.  It seems to reverse our expectations. American suspicion of the state and government is a classic and well-founded stereotype, and that stereotype doesn’t play here at all. The Americans seem more or less comfortable with this.  Germans, on the other hand, with their more statist tradition seem to have much deeper suspicion for this kind of practice.

It really is. A common explanation is that American comfort with these and other recent security measures reflects the still-open wound and insecurity left by the September 11, 2001 terrorist attacks, which can be compared with Germany’s recent very negative experiences with state security institutions during the National Socialist period and in the GDR. I’m interested in another possible explanation, which involves a more nuanced understanding of Americans‘ traditional suspicion of government and of the state.  I think there might be evidence that Americans have traditionally embraced state power in a realm I might refer to as the core role of government.  In that realm there is a deeply accepted, but very narrow, range of purposes for which Americans think government is essential. It is only outside of that narrow, core range that the American suspicion of the state surfaces. Security would have to be one of these core state functions with which Americans are much less troubled.  Think of the deeply militarized nature of American history and culture, including the successful use of military power to overthrow colonial rule and establish the Republic.  There’s a lot of evidence that we aren’t bothered by state power when its used for security purposes.  And that’s the context of the issues we are discussing. On this view, Americans are suspicious of the government regulating and providing health care, which we see as lying outside the core of government functions. But we aren’t suspicious of it doing the one thing upon which Locke and Hobbes might agree:  that we institute governments to provide some measure of security.

Do you detect some shifts in public opinon or is this acceptance of your government’s security activities rock solid?

Comments from members of the Senate, and even the President’s remarks on Monday, suggest that there is a shift underway. In the 1970s political scrutiny of the intelligence services became possible after it was revealed that the Nixon administration had abused the intelligence services, pursuing ends that had no security value for the U.S., pursuing policies that severly compromised our fundamental values, and in some cases using intelligence for political gain. The latest revelations have some of these characteristics.  It is hard to imagine what security advantages the U.S. gained by tapping the Chancellor’s phone.  It certainly runs counter to our committment to values such as liberty and privacy.  As you noted, these activities may turn out to do us more harm than good.  If the activities involved in these latest revelations come to be seen in this light by political actors, then it might generate a substantial political response. 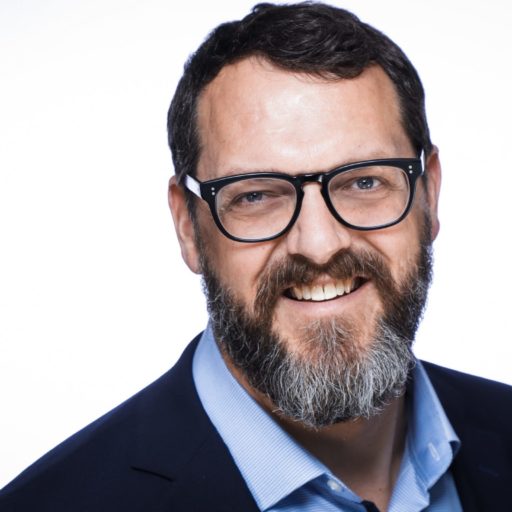 Russell A. Miller Russell A. Miller is Senior Research Fellow & Head of the Max Planck Law Network as well as the J.B. Stombock Professor of Law at the Washington and Lee University School of Law in Lexington, Virginia.
No Comments Join the discussion
Go to Top