The TRIPS Agreement and COVID-19

Today the official deadline for members of the World Trade Organization (WTO) to submit a report to its General Council on a waiver proposal expires. This waiver would allow WTO members not to comply with certain obligations of the Agreement on Trade-Related Aspects of Intellectual Property Rights (TRIPS) for a limited amount of time in order to be able to effectively prevent, contain and treat COVID-19. For now, members have failed to take this first step towards a temporary suspension of TRIPS obligations but they agreed to continue the discussions beyond today’s deadline. Nonetheless, the proposal highlights that intellectual property rights (IP rights) can not only act as an obstacle to global and just access to vaccines and medical equipment but also that the exisiting legal framework is inadequate to tackle crises like the COVID-19 pandemic.

Many European countries have begun to roll out COVID-19 vaccines and people are eagerly waiting resume their normal lives (although that may still take a while). Developing and least developed countries will likely have to wait substantially longer until they can start inoculating their citizens on a large scale. While efforts are being made to provide global access to vaccines, they are currently insufficient as ‘[n]ine out of 10 people in poor countries are unlikely to receive a COVID-19 vaccine next year’. As vaccines, drugs and other pharmaceutical products are patented, IP rights can play an important role in the global fight against the pandemic (see the examples in paras. 436 et seq.).

TRIPS sets minimum standards on the protection and enforcement of intellectual property rights. The inclusion of IP rights into the WTO framework was contested from the beginning but eventually became part of the so-called Uruguay Round agreements (i.e. the WTO legal framework), based on massive pressure of the US. It was inter alia the pharmaceutical industry – including then Pfizer CEO and Chairman Edmund Pratt – that ‘basically engineered, pushed, and cajoled the government into including IP as one of the topics for the negotiation’ in the WTO agreements (p. 53).

Patents have been a contested issue since the TRIPS entered into force and especially patents for pharmaceutical products have been subject to criticism. Now, in the midst of the COVID-19 pandemic, the potential injustices and failures of the multilateral IPR regime can hardly be ignored.

It is important to keep in mind that TRIPS was never designed to deal with a ‘fair distribution’ of drugs and vaccines from a global perspective but to introduce an effective protection of intellectual property rights to the benefit of (Western) corporations. It is therefore not surprising that it does not contain rules to make flexibilities in the application of obligations easily and effectively available. The Agreement does contain a transitional period of five years for developing countries and a period of ten years for least-developed country members to apply the TRIPS provisions (Art. 65, 66 TRIPS), with the latter having been partly extended until 2033 for pharmaceutical products. TRIPS also provides for exceptions. For one, the agreement contains special provisions with respect to the different IP rights (e.g. Art. 13 TRIPS with for copyright, Art. 17 TRIPS for trademarks or Art. 30, 31 TRIPS for patents). In general, making use of such an exception will have to take into account the interests of the right holder. With the the Doha Round initiated in 2001, developing country members have begun to press for rule changes that would better take into consideration their perspectives.

One result of these efforts was the adoption of the Declaration on the TRIPS agreement and public health. It acknowledged the difficulties of members with low or non-existing manufacturing capacities to make use of compulsory licencing under Art. 31 TRIPS. This provision enables members to allow the production of a patented product without the consent of the patent owner, particularly to produce more affordable generics, but only if it is predominantly for the supply of the domestic market (Art. 31(f) TRIPS). The Ministerial Conference instructed the TRIPS Council to find a solution for this problem which led to a waiver in 2003 that was made permanent in 2005 and eventually implemented as Article 31bis of the TRIPS Agreement. The amendment entered into force in 2017 and allows for the exportation of pharmaceutical products produced under a compulsory licence. Yet, it has not been able to ensure access to drugs for those members that lack the capacities for domestic manufacturing. Although available since 2003, this mechanism has so far only been used once when Canadian-made drugs were exported to Rwanda under a compulsory licence. The reason for this reluctance may at least in parts be explained with the process being very complex and cumbersome (paras. 41 et seq.) – which in turn renders it less effective in a pandemic when timely action is crucial. Apart from that, there are frequent reports that developing and least developed countries face strong political pressure not to issue compulsory licenses, asserting for example “that compulsory licenses will create a disincentive for innovation and [Research and Development]”.

However, as a general exception, Art. 73(b)(iii) TRIPS allows members to take ‘any action which it considers necessary for the protection of its essential security interests taken in time of war or other emergency in international relations’. For countries that do not have the capacities to produce medicine for the treatment of COVID-19 or vaccines against the disease, this exception is likely useless. Even if a crisis like the current pandemic is within the scope of the provision, it is limited to the protection of a member’s own security interests making it unlikely to cover deviations from TRIPS obligations for the benefit of another country.

While legal pathways to ensure equal access to vaccines, drugs or equipment for the treatment of COVID-19 (or any other disease) exist in theory, they are either designed in a way that in practice discourages their application or that is inapplicable to the current situation.

To at least be legally in a position to contain the spread of and treat COVID-19 without having to worry about IP rights, at the beginning of October South Africa and India tabled a proposal for a waiver from certain TRIPS provisions in order to prevent, contain and treat COVID-19. The waiver would allow members not to comply with certain copyright and related rights, industrial designs, patents, and the protection of undisclosed information. It would be applied for a specific number of years ‘and until widespread vaccination is in place globally and the majority of the world’s population is immune’.

The proposed waiver is far-reaching: It does not only cover patents and while it would need to be temporary, it will likely take years until the majority of the world’s population is immune. As can be expected, many members have reacted with reservation in the TRIPS Council where the proposal was introduced and has been discussed. The time frame of 90 days foreseen by Art. IX:3 of the Marrakesh Agreement until the TRIPS Council should have submitted a proposal to the Ministerial Conference or the General Council was not met (para. 28). While members agreed to continue the discussions, they are currently in deadlock.

The arguments by those members (and industries) that reject the proposal mostly reiterate the usual arguments in favour of strong IP protection: securing innovation, protecting public health by discouraging counterfeit products. Whether these reasons hold is debatable. What the system certainly does achieve is a steady income source for large companies due to exclusive and strong rights. Their enforcement, in turn, has the potential to delay swift action which Moderna, for example, cites as one of the reasons why it won’t enforce its patents during the pandemic (although some assume that they are playing a long game with this move). In the course of the past year, however, a number of lawsuits have already been initiated with respect to patents in relation COVID-19 vaccines, one of them against Pfizer/Biontech.

In any event, in the current system, developing and least developed countries largely depend on goodwill, either from other states or pharmaceutical companies if those decide to grant voluntary licences. But developed countries also have the upper hand when it comes to securing supply of medicine and vaccines. The Global North has rushed to buy large numbers of vaccine doses with so-called premarket purchase commitments before a working product had even been developed. The precise contents of these arrangements often remain opaque. It also remains unclear how successful COVAX will be. This initiative convened by the Coalition for Epidemic Preparedness Innovations, the Vaccine Alliance GAVI and the World Health Organization shall provide equal access to vaccines regardless of income level. For many countries in the Global South it ‘is quite literally a lifeline and the only viable way in which their citizens will get access to COVID-19 vaccines’. And yet, there still is a funding gap of several billion dollars to meet the existing needs and it appears to remain unclear who will be liable if vaccines should have negative side-effects.

For the time being, high income countries often pay lip service to calls for solidarity. They defend a system that is designed to work in their favour and that is firmly anchored in a legal framework which relegates most nations to rely on legal regimes of exceptions, more often than not subjecting them to the benevolence of corporations and developed countries.

It is probably not a coincidence that the waiver was proposed by India which is one of the world’s largest producers of generics. India’s position as the ‘pharmacy of the world’ has arguably helped the fight against HIV/AIDS by providing more affordable drugs, especially to African developing and least developed countries. However, it would also be wrong to assume that the proposed waiver could solve all problems of middle and low income countries in combatting the pandemic. The problem of capacities for sufficient vaccine production in the first place as well as export restrictions on drugs or medical equipment or potentially vaccines remain. While the latter is also a trade issue it is not one associated with IP rights. What this waiver proposal makes clear is the need to suspend strong IP protection in a time of crisis since it acts as an obstacle and that the available flexibilities are insufficient.

The current system is not only unworkable during a pandemic, but problems are likely to exacerbate in the foreseeable future. Climate change, too, will endanger the lives of many and the most vulnerable will be hit hardest. Mitigating these effects might come with technologies that are subject to IP rights and the TRIPS legal framework will likely fail most of those who will need access to such technologies. While WTO members will certainly not achieve an overhaul of the system to tackle the associated problems in the context of the COVID-19 pandemic, they will have to come up with solutions for what is yet to come, not only with respect to IP rights. 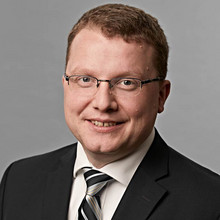 Other posts about this region:
World No Comments Join the discussion
to receive information about new articles and services of Verfassungsblog.de. I know that I may withdraw my consent at any time. More information in the privacy policy.
Verfassungsblog complies with the new GDPR.
Read about it in our Privacy Policy. I opt-out
permanently of anonymized tracking via Google Analytics on Verfasssungsblog.de. This will create a cookie on your device to save your decision.
Go to Top