Stabilizing the US Judiciary by Threatening to Pack It

How We Got Here, and the Need for Change

[Constitutional hardball] consists of political claims and practices—legislative and executive initiatives—that are without much question within the bounds of existing constitutional doctrine and practice but that are nonetheless in some tension with existing pre-constitutional understandings. It is hardball because its practitioners see themselves as playing for keeps in a special kind of way; they believe the stakes of the political controversy their actions provoke are quite high, and that their defeat and their opponents‘ victory would be a serious, perhaps permanent setback to the political positions they hold.

I think it’s useful to model the dynamics of constitutional hardball in the realm of Supreme Court vacancies as approximating an indefinitely iterated prisoner’s dilemma: once one party defects from the previously established cooperative norms regarding SCOTUS (and lower court) vacancies, it is rational for the responding party to defect. Indeed, failing to do so is to disadvantage one’s own team against a rival who has shown no intention of cooperating.

Of course, the reason it is the „prisoner’s dilemma“ is that the socially optimal response is mutual cooperation, not mutual defection. Analogously, the long-run socially optimal way for the legislative and executive branches of governments to approach the courts is probably not to use whatever fleeting partisan advantage they may have at the moment to shift the judiciary as favorably towards themselves as they can. While we should not be naïve about the political nature of the judiciary, we must also not be flippant about the dangers to the rule of law of overt partisan gaming. Such continued behavior could—justifiably!—lead large swaths of the population to distrust the legitimacy of the judiciary. This is gravely dangerous to our system of government.

Professor Matthew A. Seligman made many of these points in a very good working paper two years ago:

[T]he present constitutional moment provides an unexpected and potentially unique opening for the parties to cooperate to redesign the Supreme Court nominations process permanently. That argument maps a pathway to cooperation that connects the political incentives for a constitutional amendment to current gestures towards court packing. By presenting the possibility—or, it can sometimes seem, inevitability—of a long-term cycle of escalation in view of the dynamics of an iterated two-player game with known strategies, it seeks to reframe the discussion away from winning an adversarial game and toward changing the rules of that game to be more cooperative.

In particular, . . . parties’ self-interested incentives are now aligned toward cooperation in the two plausible models of the game of court packing in our current political and social environment: the Prisoner’s Dilemma, and the Hawk-Dove Game. Because the threat of escalation is now so salient, and the parties’ apparent commitment to playing hardball is now so deep, under either model both parties should now recognize the value of pursuing a long-term solution over securing shortterm advantage. A constitutional amendment reforming the judicial appointments process has never been easy, and it will not be now. It would be naïve to suggest otherwise. But precisely because an amendment has never been more needed, it has never been more politically attainable.

As Professor Seligman recognizes, however, achieving such an amendment will be difficult under present incentives. Reform attempts without an Amendment are likely to fail. For conservatives especially, altering the courts now, after securing a very conservative majority unprecedented in recent history, will seem unappealing. They may (perhaps correctly) conclude that, given their systematic advantages in the Senate and therefore electoral college, endless escalation is a game they may be able to win.

Assuming that Democrats win the House, Senate, and White House in November—and that Republicans are not immediately amenable to a deescalatory constitutional amendment—how ought Democrats respond to the situation and adversary they face? This blog post proposes a simple mechanism that aims to force a stabilizing constitutional amendment, such as that referenced by Seligman, forward while preserving the option to escalate if they cannot secure cooperation from the Republican party. While this idea has not been rigorously scrutinized, I hope that, after further refinements, something like it can offer a release valve to the stress on the legitimacy of the judiciary created by decades of constitutional hardball. If you have improvements to the scheme proposed herein, please do put them forward.

Changing Republicans‘ Incentives by Revocably Threatening to Pack the Courts

I propose a two-step plan that Democrats should enact soon after they gain control of Congress and the Presidency. In the first step, Democrats will pass a bill that adds four new Supreme Court seats. Crucially, however, the bill would contain two limitations:

The bill would have to specify what type of constitutional Amendment would suffice, but basic parameters could be that the Amendment:

Proposal similar to that offered by DiTullio and Schochet should be sufficient, but the precise numbers should be somewhat flexible to allow for bargaining. If Democrats were feeling bold, they could specify that the Amendment must shift confirmation authority from the Senate to the House, where they are at less of a systematic disadvantage (though I see pushing Republicans on this as dangerous).

Before passing such a bill, Democrats should ensure that their base and state-level politicians would be supportive of such an Amendment. They should then pass the bill, at which point the Republicans would be faced with two options:

Although I am not a Republican, I suspect that 2. is more appealing. If it is not, of course, a Democratic trifecta could escalate the odds by increasing the number of potential Supreme Court seats to be added in 2022. One hopes that the threat of a new Democrat-appointed majority would be sufficient, but I have poor insight into Republican psychology nowadays. And if Republicans are not willing to strike a deal on the Amendment, they will have proven that they are not willing to cooperate even on fair terms, and Democrats will be game-theoretically justified in escalating by allowing the new seats to be added.

If, on the other hand, the Democratic base found the deal unsavory (perhaps due to acrimony over the various Trump SCOTUS nominees), Congressional Democrats could perhaps sell the deal by specifying that the Amendment would have to open up two new SCOTUS seats in 2025, which Democrats would have the opportunity to fill if they maintained control of the government (while also allowing for an informed popular vote on which President ought to fill those vacancies). I would encourage fellow Democrats to take the high ground here and „settle“ for the fairly neutral deescalatory Amendment offered here, but I probably care more about the long-term stability of the judiciary (and less about temporary majorities) than many of my fellow partisans.

It is possible that this proposal here is fatally flawed in some way. Obviously, given my complete lack of above-average influence on the United States government, I do not expect it to be adopted at all, much less adopted without careful scrutiny. But I hope that solutions of this flavor—forcing parties with adversarial interests to agree on deescalatory strategies—can be found and implemented soon. If such solutions can be found that do not resemble this specific proposal, I will be thrilled.

I encourage all participants in this debate to be willing to compromise. All reasonable observers should be able to agree that the current system of SCOTUS appointments is dangerously broken and therefore be willing to come to a stabilizing agreement of some sort, even if it means limiting the longevity of hard-won Court majorities or letting go of resentment over particular vacancies. The rule of law and domestic tranquility may, regrettably, depend on it. But the shared bounty from improving our constitutional systems is worth those short-term sacrifices. 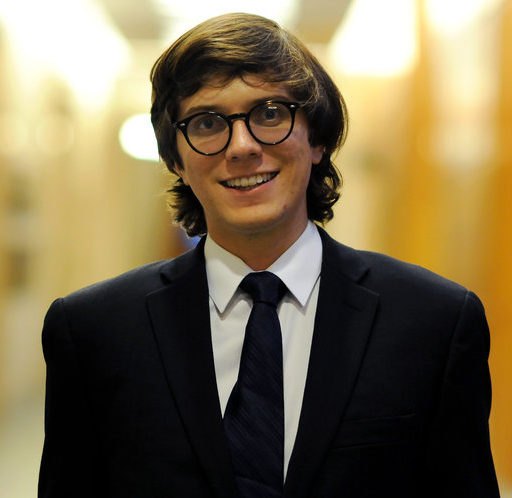