The recent ruling of the European Court of Human Rights in A.P., Garçon and Nicot v. France [2017] (Nos . 79885/12 , 52471/13 and 52596/130) constitutes an important decision for trans1)I am using “trans” rather than “transgender” or “transsexual” to accommodate a variety of identity categories that may not necessarily align with a binary understanding of sex and gender, encompassing identities such as genderqueer and agender more readily than the medically defined “transsexual” rights in many ways. The ECtHR determined that France’s requirement of sterilisation, applying to persons wishing to legally change their names and gender on their birth certificate to reflect their gender identity, is a violation of the right to privacy under Article 8 of the European Convention of Human Rights. The case was the result of three joined applications contesting various provisions of French law regarding changes of one’s legal gender.

At the time of the applications French law allowed for a legal change of gender as recorded on birth certificates, according to the rules set out in the Code of Civil Procedure. In particular this made the determination of a person’s gender the responsibility of the presiding judge, who had the ability to order various measures of enquiry and request expert testimony. To contest this, the first application2)The English translation of the judgement in A.P., Garçon and Nicot v. France, which was originally rendered in French, seems to suggest that the ECtHR referred to applicants by their sex assigned at birth, perhaps to reflect the lack of a legal change of gender. derived from the applicant’s refusal to undergo a series of examinations by three court appointed experts in order to enable a legal change of gender. The French Court of First Instance, subsequently, refused the application for a legal change of gender. The applicant appealed this decision and argued that the requirement to undergo such medical examinations constituted a violation of Article 8. However, the Court of Appeal held that the invasion of privacy involved in the process of investigating a person’s “sexual identity” is legitimate (para. 25). Thereby clearly specifying that in the Court’s view states have a legitimate interest – based on maintaining public order – in being the sole authority on a person’s legal gender identity.

The second applicant had similarly petitioned the French courts for a legal change of name and gender, but was rejected on the basis that the application did not show “definitive physical or physiological transformation and thus the irreversibility of the process of sex change” as the applicant had not undergone any surgical procedures and expressed no desire to do so (para. 38). The applicant appealed this decision on the basis that requiring surgical treatment was tantamount to legally mandated sterilisation. To largely mirror applicant one and two, in the third application again the French Court of Appeal held that no legal change of gender could be granted, unless an applicant could prove the “irreversibility” of their change of gender (para. 50).

Crucially, the material effects of legal requirements should not be underestimated. One of the applicants noted that she would not have chosen to undergo any surgical treatment if this had not been required under French law. This highlights the serious impact legal requirements can have on the ability of trans people to make a free and informed decision about what types of medical procedures they wish to undergo. It should also be noted that such medical procedures, like all types of surgical intervention, carry an inherent risk of side effects and complications. Therefore, imposing legal requirements to undergo such procedures is inherently troubling in terms of controlling/governing gender identity, but even more so when the applicant’s health is at stake.

The Court’s ruling in the present case could be an important step towards reforming the law concerning a legal change of gender in the more than 20 member states of the Council of Europe that currently require sterilisation as part of this process. The ECtHR has previously only held that states need to provide a legal route to a change of gender, without specifying how this needs to take place (see Goodwin v. United Kingdom [2002] 35 E.H.R.R. 18; Van Kück v Germany [2003] no.35968/97) and indeed rejected a previous challenge to the Finnish system for legal gender recognition (Hämäläinen v Finland [2014] ECHR 787). Although the Court’s decision may at first appear ground-breaking, here I express a few tentative cautionary remarks. Rather than strongly affirming trans rights, particularly the right to self-determination, the judgement is actually rather cautious and follows along similar lines as previous decisions in this area.

Firstly, and while A.P., Garçon and Nicot v. France was ongoing, in October 2016 France amended its Civil Code by inserting Articles 61–5 to 61–8. These new Articles specify that “[f]ailure to undergo medical treatment, surgery or sterilization can not justify the refusal to grant the application” (Article 61-6, Civil Code). Further, the Constitutional Council affirmed that the new amendments safeguard human dignity by not requiring medical treatment or sterilisation (Decision No. 2016-739 DC). This means that while the present decision is of course important for the respective applicants, it is unlikely to have any further impact on French law. It also remains unclear to what extent the Court in its ruling may have been influenced by this change of French law.

Further, the Court strayed little from a “consensus-based” approach in this decision. Currently member states are nearly evenly split in terms of requiring or not requiring sterilisation for a legal change of gender. However, as the Court notes there is a strong and consistent shift towards abandoning requirements for sterilisation and several member states are currently considering amendments. It should also be noted that the ECtHR has ruled that mandatory sterilisation is a violation of the Convention in other contexts (Case of V.C. v. Slovakia no. 18968/07). It is therefore unsurprising that the Court did not go so far as to determine that the requirement for a medical diagnosis of gender identity disorder itself amounts to a violation of a person’s rights under Article 8. In fact the Court notes that most countries at present do require a medical diagnosis to enable a legal change of gender (para. 72 and 139). As a result the Court determined that requiring a medical diagnosis falls within a state’s margin of appreciation and that the same applied to the requirement for applicants to potentially undergo further medical evaluation.

Overall, the Court merely grants a minimum standard of human dignity to trans people by ruling that access to legal recognition cannot be conditional upon mandatory sterilisation. Although unsurprising, the Court’s refusal to contest France’s imposition of medical examinations – up to, and including, genital examinations – suggests that states still have an extremely wide margin of appreciation when it comes to imposing requirements for legal gender recognition. The Court also does not challenge the imposition of financial barriers to legal recognition. Similar to other jurisdictions such as the UK, a change of legal gender in France can be a costly endeavour, which undoubtedly acts as a deterrent to many trans people who are already frequently subject to significant economic disadvantages (see, e.g. Dean Spade’s discussion of this here). Hence, while certainly a positive development, the decision in A.P., Garçon and Nicot v. France can only be considered a limited victory and a cautionary tale for trans rights. 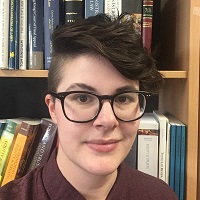 Flora Renz Flora Renz is a Lecturer in Law at City, University of London. Their research is concerned with the legal regulation of (trans)gender identities and sexuality in society.

Other posts about this region:
Frankreich No Comments Join the discussion
to receive information about new articles and services of Verfassungsblog.de. I know that I may withdraw my consent at any time. More information in the privacy policy.
Verfassungsblog complies with the new GDPR.
Read about it in our Privacy Policy. I opt-out
permanently of anonymized tracking via Google Analytics on Verfasssungsblog.de. This will create a cookie on your device to save your decision.
Go to Top