Dialogue Between Courts on Judicial Independence

Both in Latin America and in Europe, judicial independence is under increasing attack. What has been the position of the Inter-American Court of Human Rights (I/A Court) and of the European Court of Human Rights (ECHR) in combatting undue interference in the work of judges and prosecutors? And does their jurisprudence “cross-fertilize” each other? This article provides a glimpse of some of the judgments on illegitimate restrictions and destitutions of judges issued by the sister courts. This jurisprudence is evidence of an increasingly profound and structural exchange between the I/A Court and the ECHR.

With an application which challenges the configuration of the Supreme Court of Poland still pending before the ECHR, the issue of safeguarding judicial independence is as relevant as ever. The forthcoming Part II of this article on the fruits of judicial dialogue will deal with prosecutors.

Let us begin with the most recent judgment of the I/A Court. In August 2020, the Court found Chile responsible for the violation of freedom of expression and judicial guarantees, to the detriment of Judge Urrutia (Case of Urrutia Laubreaux Vs. Chile). Urrutia was disciplined for an academic paper he had written for a Diploma on Human Rights. The report proposed that the Judiciary should adopt certain measures of reparation owing to the responsibility that the Chilean Supreme Court may have had in the human rights violations that occurred during the Chilean military regime.

Following international precedents, the I/A Court clarified that due to their functions in the administration of justice, the freedom of expression of judges is not absolute. That is even more so with respect to cases under said judge’s scrutiny, when neutrality must be ensured. On the contrary, sanctioning a judge’s personal opinions expressed in an academic context, which had no direct link to a concrete case would be, according to the I/A Court, a violation of Mr. Urrutia’s freedom of speech.

Notably, Urrutia was only the second case in the history of the San José Court to rule on a judge’s freedom of expression. The first one was López Lone et al. Vs. Honduras, which the Court decided in 2015, in which four constitutional judges were subjected to disciplinary proceedings for having expressed criticism on the 2009 coup d’état in Honduras. The Court found that, in a situation as exceptional as the one created by a coup, the principles of democracy and separation of powers require that the judiciary must speak out about respect for and enforcement of the rule of law.

In all other cases involving arbitrary destitutions of judges which the I/A Court has decided throughout its 40-year history (13 cases), from its first judgment in the Constitutional Court Vs. Peru case to the three cases of destitutions of provisional judges in Venezuela (Reverón Trujillo, Apitz Barbera and Chocrón Chocrón Vs. Venezuela), the Court has focused on establishing violations of Articles 8 and 25 of the American Convention on Human Rights (due process),  sometimes in combination with article 23.1 ACHR (right of access to public office).

What about the Strasbourg court?

On the contrary, most of the landmark cases of the sister court in Strasbourg involved attacks against public expressions of judges. Already in 2009, in the case Kudeshkina Vs. Russia, Judge Kudeshkina alleged that she was dismissed from office after publicly criticizing the behavior of certain public officials who exerted undue pressure on judges. The ECHR clarified at the time that public officials are bound by certain obligations of loyalty and discretion with regard to the disclosure of information obtained in the course of ttheir professional activity. In the Urrutia Laubreaux case, the I/A Court quoted this paragraph of the ECHR’s judgment in order to underline the limits to a judge’s freedom of expression. Nevertheless, the ECHR confirmed that when it comes to expressions that are of public interest, a judge’s duty of loyalty is generally overridden.

The ECHR’s leading case on the issue is the Baka Vs. Hungary case decided in 2016. András Baka, formerly a judge at the ECHR (from 1991 to 2008), was appointed President of the Supreme Court of Hungary in 2009 for a six-year term. In 2011, the Hungarian government announced a program of comprehensive legal reforms which foresaw, among other topics, a proposal to reduce the mandatory retirement age for judges of the Supreme Court from 70 to 62 years. Mr. Baka spoke to the press and claimed that those reforms would violate basic principles of judicial independence, especially those related to a judge’s tenure and irremovability. Despite such criticism, Parliament decided to amend the Constitution, which had a direct impact not only on the rule of law in Hungary, but also as regards Mr. Baka: his term would now end in 2012, that is to say much earlier than planned.

The ECHR found prima facie that there was a causal link between Mr. Baka’s public statements and the termination of his mandate. The Hungarian government, which bore the burden of proof, could not prove otherwise. It then found that public debates on the functioning of the judiciary, since they touch upon the core of a every democratic society, enjoy a high level of protection. In that regard, Mr. Baka not only had a right to express himself about the reforms. Much more, it was his duty to do so. Therefore, his early dismissal had a “chilling effect”, as it not only discouraged him, but could also disincentivize other judges from participating in public debate in the future.

Baka as a catalyst for dialogue

While the I/A Court in almost all of its cases on dismissals of judges cites, among other sources, ECHR jurisprudence, prior to Baka the ECHR explicitly referred to I/A Court cases on judicial independence in only two out of dozens of cases. Baka took the jurisprudential dialogue between Strasbourg and San José to a whole different level. Beyond mere citations, there was a substantive discussion and evaluation of the sister court’s argumentation: firstly, in the section on comparative law, the Grand Chamber quoted long excerpts from the I/A Court’s judgment in the Supreme Court of Justice (Quintana Coello et al.) Vs. Ecuador case. Then, in its legal analysis regarding Article 6 of the  European Convention on Human Rights (right to a fair trial), it considered that the judgment in Quintana Coello confirmed its opinion that the principle of irremovability of judges is of fundamental importance for the independence of the judiciary.

Even more noteworthy was the concurring opinion of then Judge Sicilianos in Baka, in which he endeavored in an in depth assessment on the question to what extent the San José judgment against Ecuador can be fruitful for the Strasbourg jurisprudence with respect to Article 6 ECHR. In fact, in that case the I/A Court established that Article 8 of the American Convention encompasses: 1) the subjective right of judges to have their own destitution reviewed by courts; and 2) the assertion that an arbitrary destitution violates this subjective right.

Another equally relevant case for the dialogue between Strasbourg and San José is the Case of Oleksandr Volkov vs. Ukraine: For the first time, the ECHR ordered the respondent State to secure the applicant judge’s reinstatement to his previous position. While the Tribunal reiterated that its judgments are essentially declaratory in nature, it exceptionally applied the concept of just satisfaction (Article 41 of the European Convention). In a concurring opinion, ECHR’s Judge Yudkivska specifically based her agreement with the Court’s decision to require Mr. Volkov’s reinstatement, on a direct comparison with two judgments issued by the I/A Court, among others. Unlike the ECHR, the Court in San José has a clear prerogative to order reparations (Article 63.1 of the American Convention).

Although the future developments in Strasbourg on the deduction of a subjective right in favor of judges from Article 6 ECHR and on reparations – so far the Volkov case remains exceptional – are still to be expected, the jurisprudence described above is evidence of an increasingly profound and structural exchange between the I/A Court and the ECHR. For judges, who might feel their independence at risk, and for society in general, this kind of “cross-fertilization” is great news: it was not only in the Volkov and Baka cases that judges invoked the jurisprudence of the sister court to deepen their respective standards in order to increase the effective protection of judges‘ rights, including their right to reparations.

This development is more than welcome, because not only the attacks against judicial independence in Venezuela and Hungary, for example, demonstrate that the jurisprudence of these two regional human rights systems is increasingly relevant. As mentioned above, since September 2019, there is an application pending before the ECHR which challenges whether the actual configuration of the Supreme Court of Poland meets rule of law standards. A decision on this application is awaited with much expectation. Moreover, throughout this past year, the prerogatives of certain governments have exponentially increased in the midst of the pandemic. It is now more than ever necessary that the voice of independent and autonomous judges be regarded as a counterbalance, in accordance with constitutional checks and balances.

This article was first published in Spanish on the Blog Agenda Estado de Derecho. 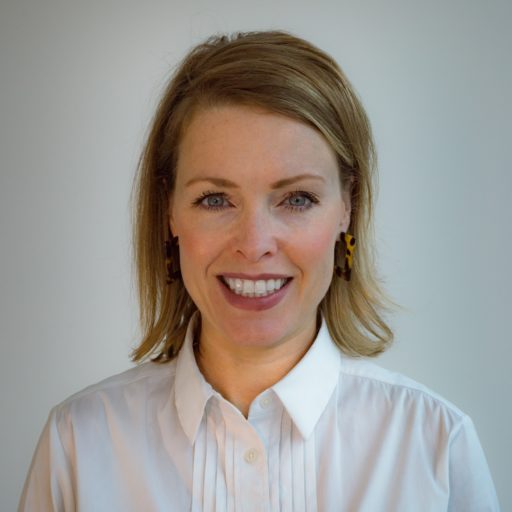 Marie-Christine Fuchs Marie-Christine Fuchs is a German lawyer. She holds a Ph.D in law and a masters’ degree in International Public Law, EU-Law and Human Rights from Saarland University. Currently she is directing the Konrad Adenauer Foundation’s Rule of Law Program for Latin America. 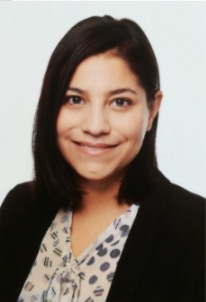 Jenny Zamora Jenny Zamora is a legal trainee (Rechtsreferendarin) at the Higher Regional Court of Dresden.