Switzerland and the COVID-19 Pandemic: A Look Back and a Look Into the Future

In our earlier blog contributions (here, here, and here), we analysed whether the Swiss federal government (the Federal Council) acted within the bounds of the Swiss Constitution (hereinafter: Cst.) when enacting emergency ordinances in the context of the Covid-19 pandemic. We criticised the self-suspension of Parliament in March 2020, and we had a first glance at the interaction between the Confederation and the cantons. We are now, hopefully, halfway through the pandemic, which justifies a look back and a look into the future, especially into the ongoing vaccination efforts.

Has Parliament Found Its Role?

After its self-suspension, Parliament eventually reacted more decidedly to the pandemic and reconvened for the first time in May 2020. It was undisputed between Parliament and the federal government that a legislative response was needed to deal with the crisis. Moreover, art. 7d(2)(a) of the Government and Administration Organisation Act (GAOA) requires the Federal Council to propose a draft law to Parliament within six months of the enactment of emergency ordinances. On 12 August 2020, the Federal Council presented its dispatch on a draft emergency law to Parliament. The main idea behind this law was for Parliament to legitimise the Covid-related measures taken by the Federal Council. It did so by adopting the Federal Act on the Statutory Principles for Federal Council Ordinances on Combating the Covid-19 Epidemic (Covid-19 Act) on 25 September 2020, which entered into force the following day. The Council of States approved the Act unanimously; in the National Council, the statute was adopted by 153 votes to 36, with 6 abstentions.

It is certainly positive that there was a broad consensus on the measures taken by the government, as this made it easier to swiftly respond to the crisis. From a legal standpoint, however, our assessment is more critical. Indeed, the involvement of Parliament in the measures remains modest. The Covid-19 Act mainly contains delegation norms in favour of the executive as well as discretionary clauses (so-called “Kann-Vorschriften”). The Federal Council has a duty to inform Parliament and to consult the relevant committees before adopting or amending ordinances, but there is no parliamentary veto right. No right of Parliament to intervene also means the federal legislature has little or no political responsibility for the emergency measures.

From a constitutional perspective, we doubt that the Covid-19 Act is a valid answer from Parliament. The delegation clauses in the Covid-19 Act remain too vague for ordinary legislation, and when the Act is considered emergency legislation, it creates a form of empowerment vis-à-vis the government that lacks a constitutional basis. It is also doubtful whether Parliament may lower the bar for emergency regulations by the Federal Council – which it effectively does if one compares the requirements of the Act with those provided for in art. 185(3) Cst. This provision empowers the Federal Council to adopt emergency ordinances to address “existing or imminent threats of serious disruption to public order or internal or external security”. While it is true that the pandemic took everyone by surprise in early 2020 and that new developments can arise suddenly (e.g. in relation to the mutated UK virus strain), calling for a quick reaction, it remains that Parliament should by now be able to deal with what is the “new normal”.

In recent weeks, the discussion has been intensifying with regard to the (limited) transparency of the decisions of the Federal Council. Federal Council meetings are confidential, not least to protect the collegiality principle (see article 177(1) Cst.). However, indiscretions are frequent, and the lack of scientific support for at least some of the decisions is being criticised. Moreover, it becomes increasingly evident that the deliberations among the seven members of the Federal Council cannot replace the wide debate that characterises parliamentary sessions. The flaws of the Covid-19 Act have their consequences.

To assume power is easier than to return power. The fact that the Federal Council took far-reaching measures during the first wave of the pandemic was not challenged. However, once the number of cases started declining in summer 2020, the question arose as to whether authority should go back to the cantons, and if so, to what extent.

In light of the continuously high number of Covid cases, it appeared that this strategy was ineffective. Eventually, the Federal Council issued an amendment to the Ordinance on Measures During the Special Situation to Combat the Covid-19 Epidemic (Covid-19 Ordinance Special Situation) on 18 December 2020, according to which restaurants, cultural institutions, leisure facilities etc. had to close, leaving the cantons with some options if the number of cases were low in their territory. This exception in art. 7(2) Covid-19 Ordinance Special Situation accommodated for the fact that several cantons had already taken stricter measures and succeeded at reducing the number of cases, but was later abandoned in light of generally rising numbers. At the beginning of the 2020 winter season, the Federal Council decided to leave the cantons largely responsible for the ski facilities. The large winter sports cantons of Graubünden, Valais, and Bern left their winter sports areas open, which is of course economically understandable, but seems debatable in view of the generally stricter rules for comparable activities. As a matter of fact, pictures of crowds gathering at the bottom of the ski slopes have been circulating in the press and on social media and have – for obvious reasons – sparked outrage.

The cooperation between the federal government and the cantons was not without tensions, and the public debate contained nasty undertones. The regulations in the cantons were often described as a “patchwork quilt” (“Flickenteppich”). The cantons tried to streamline their efforts through established bodies (e.g. the Conference of Cantonal Governments), but were criticised for their lack of coordination (e.g. here and here). It is worth mentioning that the cantonal governments typically represent a large political coalition, similar to the Federal Council which represents the major political parties. Therefore, the tensions cannot be explained by conflicting ideological views, as was the case in other countries. While it is too early to provide an assessment on this issue which, of course, goes beyond purely legal aspects, it may well be that Swiss federalism has been weakened by the pandemic in the long run.

It is important to add that questions of federalism are traditionally solved through political channels, not legal mechanisms. This may explain why there is little legal guidance on how to determine the competences of the Confederation and cantons in a pandemic.

Although there are no statistics on judicial procedures concerning the measures taken by the Federal Council and the cantons, one is under the impression that only a small number of challenges were brought forward and that successes were rare. If this impression is true, it may partly be explained by tradition: direct democratic rights like initiatives and referenda go before legal action. Moreover, at least some of the measures taken by the Federal Council are “immunised” by Parliament’s Covid-19 Act. Indeed, and but for a few exceptions, the Federal Supreme Court must apply a federal law even if it is of the opinion that the law is in contradiction to the Constitution (see art. 190 Cst.). Furthermore, federal ordinances may not be challenged directly, but only in relation to a concrete case.

So far, to our knowledge, there has been no successful suit against a federal Covid-related ordinance, whereas some cantonal acts have been invalidated due to a violation of the proportionality principle or due to the measure being outside the remit of the respective authority (e.g. a provision in a demonstration permit issued by the government of the Canton of Schwyz, and an emergency ordinance enacted by the government of the Canton of Zurich regarding the funding of daycare centres). Of course, it is too early to provide a definitive assessment of these issues.

It is largely the federal government that is responsible for the procurement of vaccines. These are distributed centrally via the military pharmacy. The cantons are responsible for conducting mass vaccinations. They also have some freedom as to which population group they vaccinate first, and how. While the Federal Office of Public Health and the Federal Commission for Vaccination Issues have defined a vaccination strategy, this strategy is merely a recommendation. The Federal Council did not issue a binding list of priorities, although this would be possible legally. The fact that some cantons were slow to start fuelled the federalist debate we have just described.

From a legal perspective, one might add that compulsory vaccinations are possible under art. 22 of the Federal Act on the Control of Communicable Human Diseases (Epidemics Act), although there is a broad legal (and political) consensus that such a measure would be extreme and hard to justify under the proportionality principle. The discussion nowadays rather circles around the topic of indirect compulsion, i.e. whether private actors such as restaurants may exclude customers who are not vaccinated. We think that such distinctions are possible as long as the private services offered are not essential, and as long as this distinction does not constitute a discrimination based on health, e.g. against persons that cannot be vaccinated for medical reasons. Moreover, it goes without saying that such practices should not be used as a mask for discrimination based on other criteria (e.g. based on a person’s origin or political convictions, see art. 8(2) Cst.).

Hard cases will come up as to whether (public or private) employers may require vaccinations from their employees. The question is by no means a theoretical one, as it has been reported that hospital and nursing home staff are particularly sceptical vis-à-vis Covid-19 vaccinations. In this context, reference has been made to a 2006 judgment by the Administrative Court of the Canton of St. Gallen that states that civil servants may be required to get vaccinated for certain jobs, and that a refusal to get vaccinated constitutes a valid reason for dismissal. This case law is particularly noteworthy given that civil servants are typically better protected than private contract employees. Again, it is too early for a reliable assessment of the legal situation. What seems clear is that the pandemic likely has further legal and constitutional questions in store for us, both in Switzerland and elsewhere.

To conclude, and looking back, our assessment of the Swiss reaction to the Covid-19 pandemic so far is mixed. On the one hand, while Parliament eventually stepped in and adopted the Covid-19 Act in September 2020, its response remained timid. Based on this Act, the Federal Council retains significant leeway to make decisions, although the lack of transparency is increasingly criticised. As regards Swiss federalism, it has been both a blessing and a curse: the cantons were able to tailor their measures to the local epidemiological situation, but failed to coordinate in the context of the second wave, which eventually led to an intervention by the Swiss government. Looking into the future, it remains to be seen whether the number of judicial challenges to the Covid-19 measures will rise at both the cantonal and federal levels. Another question is how the Swiss cantons will fare with their vaccination strategies, and whether Swiss federalism will be able to successfully reassert itself after the stress test of the second wave. 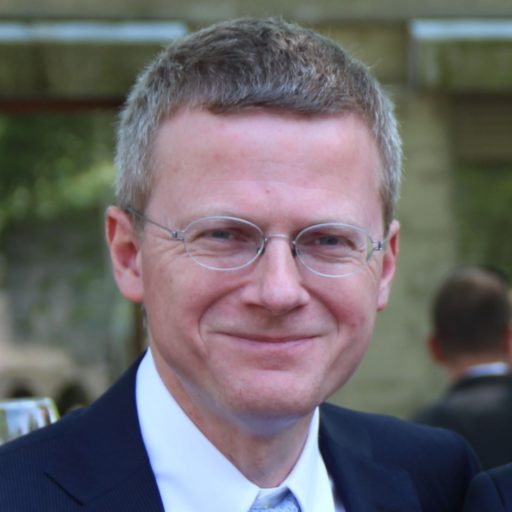 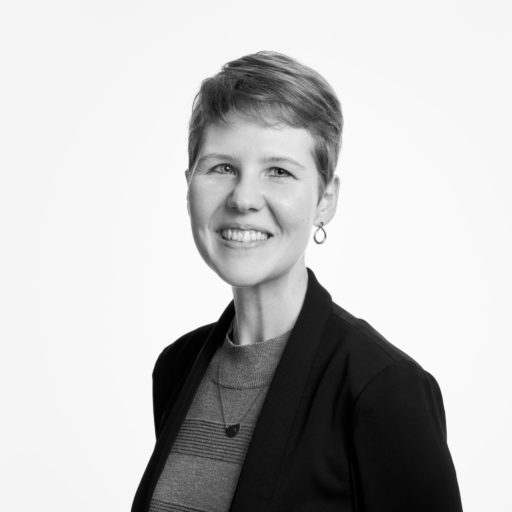 Odile Ammann Dr. Odile Ammann, LL.M., is a postdoctoral researcher and lecturer in public law at the University of Zurich.

Other posts about this region:
Schweiz 1 comment Join the discussion
Go to Top