The same procedure: It is April, a chemical weapons attack kills scores of people in Syria, among them many children, and the US responds by striking Syrian government facilities in retaliation. Granted, different to last year’s attacks of April 2017, this time around Great Britain and France joined the US in hitting the Assad regime for allegedly committing appalling atrocities against its own people and thereby violating its obligations under Art. I of the Chemical Weapons Convention and various UN Security Council Resolutions (e.g. UN SC Res. 2118 of 27 September 2013), among others. However, while the Trump administration now enjoys the actual military support of the Macron and May governments, the political support of most Western countries existed already with regard to the US strikes of April 2017. Emmanuel Macron, after becoming French President in May 2017, threatened retaliatory strikes in the event of another chemical weapons attack by the Assad regime on the Syrian people. And back then, as it is the case again before and after the strike of 14 April 2018, most Western governments either expressly supported the US, French and British action or raised no disapproval over the bombardment while at the same time implying that this, again, constituted the adequate response to a truly reprehensible behavior by the Syrian government. By contrast, Russian President Vladimir Putin called the latest strikes “an act of aggression” against Syria.

Among the many unwanted gifts the 45th American President has given international law as of yet – withdrawing from the Paris Climate Agreement, sidelining and undermining the WTO, raising the specter of a trade war, leaving UNESCO – this may very well prove to be the worst: the humanitarian reprisal. The post-World War II international legal order prohibits the use of force except if undertaken in self-defense or with the authorization of the UN Security Council, cf. Art. 2(4), 42 and 51 of the UN Charter. The customary international law on state responsibility, which for the most part found expression in the International Law Commission Articles on the Responsibility of States for Internationally Wrongful Acts (ARSIWA), entitles a state to take countermeasures against another state for the violation of an international obligation, if it observes certain procedural and substantive requirements, cf. Art. 22, 49 et seq. ARSIWA. However, it does not permit countermeasures that involve the use of force, as spelled out in Article 50(1)(a) ARSIWA and as stressed in the 1970 Friendly Relations Declaration (General Assembly resolution 2625 (XXV), annex, first principle). Such forcible countermeasures, so-called reprisals, were standard practice in order to enforce (alleged) violations of international obligations at least until World War I and continued to be used and accepted even in the inter-war period (for a locus classicus, ee the Naulilaa Arbitration, Portugal v. Germany (The Naulilaa Case) (Case No. 360) (1927-28) 4 AnnDig 526, to be found here). Not infrequently, they led to wider military conflicts. Thus, under the post-1945 international legal order established by the UN Charter, reprisals do not constitute licit countermeasures and in fact are covered by the prohibition of the use of force in Article 2(4) of the UN Charter. Leaving aside whether the US, France and Britain fulfilled the other customary law requirements set out in Articles 49 et seq. ARSWIA – e.g., are they “injured states” for the purposes of Article 49(1) ARSIWA or, instead, do the requirements of Articles 48, 54 ARSIWA apply?: international law is unequivocal that reprisals are illegal.

The use of force to alleviate human suffering has been discussed, most prominently with regard to the 1999 NATO intervention in Kosovo, under the concept of “humanitarian intervention”. But none of the arguments that military action which is intended to respond to grave violations of human rights or the ius in bello does not violate Article 2(4) of the UN Charter have found general acceptance. Suffice it to say here that neither may Articles 2(4) or 51 of the UN Charter be interpreted accordingly, nor is there sufficient evidence of an emergent customary norm (see here for a more elaborate analysis). Moreover, the US, French and British (as of yet) limited actions hardly are enough to halt the overall humanitarian crisis in Syria. However, looking at the statement of the American President, the humanitarian purpose of the strikes is limited to enforcing the ban on chemical weapons. The alleged Syrian violation of this ban, according to this, requires the strikes both, as a repressive as well as a preventive measure (“strong deterrent”). Thus, a limited forcible response to a breach of a pivotal international obligation that led to grave human suffering: a humanitarian reprisal.

There is also no legal basis for such a measure to be found elsewhere in international law. Besides the unequivocal prohibition of forcible countermeasures, a claim to individual or collective self-defense, furthermore, does not provide a legal justification for such use of force. No US, French or British troops have been affected by the Douma attack and the ICJ, in the Nicaragua case, has been clear in dismissing claims as to a right of collective self-defense on behalf of the opposition to a government (at para. 246).

Legality, legitimacy and the (ab)use of force

One may very well accuse this account of empty legalism – pondering the case for an anemic international legal regime that lacks any serious enforcement mechanisms and ignoring grave human suffering that should not go unanswered. Indeed, while British Prime Minister Theresa May has called the strikes “both right and legal”, though without providing a legal argument, President Trump did not even comment on their legality but focused exclusively on their “rightness” as an adequate response to, in his words, “the crimes of a monster”. Yes, it may seem that, on the one hand, the only effective way of enforcing the prohibition of the use of force is use of force itself. And, on the other hand, using force appears to be the only option to send an effective response to such a blatant violation of international law as a government’s use of chemical weapons against its own people. However, while at least with regard to issues of high politics such as the use of force international law may very well be but a “discursive practice” (Higgins, Koskenniemi), disrupting such discourse comes at a price. The price is that, next time around, it can be turned against those who championed the disruption earlier on – Russia has particularly excelled in this cynical exercise in recent years. Meanwhile, the normative thrust of the rule of the prohibition of the use of force is enfeebled.

This leads to the humanitarian and ethical side of the argument. President Trump, in his address to the nation, raised the specter of World War I’s chemical weapons warfare to justify the US strikes as a legitimate remedy to enforce the international ban on chemical weapons. However, the devastation of both World Wars led the world community to agree upon the UN Charter system that prohibits the use of force with the exclusive exceptions of self-defense and an authorization by the UN Security Council. Casting aside such admittedly static but nonetheless pivotal regime for the international legal order opens the door to potentially further human suffering – even if done in the name of alleviating or avenging grave human suffering. First, with regard to the current situation in Syria, there is the risk of a direct confrontation between Russia and Iran on the one side and the US and other Western nations on the other side that may lead to military escalation even beyond the Middle East. Second, and more generally, note that no clear evidence, as of yet, has been presented that the Syrian government has indeed committed the most recent chemical weapons attack. Receiving such evidence requires a thorough inquiry on the ground in Douma. This takes time. The OPCW report on the Khan Shaykun attack was issued almost seven months after it occurred (see the Organisation for the Prohibition of Chemical Weapons – United Nations Joint Investigative Mechanism Report of 26 October 2017). Humanitarian reprisals, by contrast, if they shall be an effective response, must be undertaken close to the event with regard to which they intend to retaliate. As both strikes of April 2017 and April 2018 demonstrate, there is little patience to await the results of, say, an OPCW on-site investigation, which, eventually, may very well prove inconclusive. Hence, it is most likely, as is the case with the US-French-British April 2018 strikes, that such humanitarian reprisals will be carried out merely on the basis that the state or states taking action deem it possible or likely that the addressee of the reprisal is responsible for the violation of – in this case – the ban on chemical weapons. In that case, any state seems entitled to take military action against an opponent if the other side’s responsibility for a human tragedy is just purported loud enough. The possible consequence of such carte blanche to use force against an opponent is not less, but more human suffering. 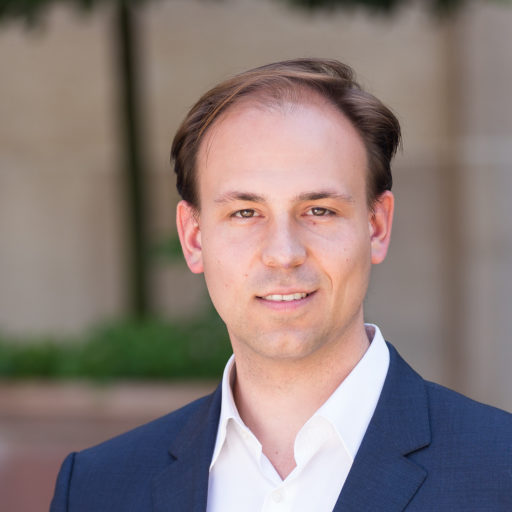 Other posts about this region:
USA 4 comments Join the discussion
Go to Top