An Evolving Façade for Politically Motivated Application Rejections by the ECtHR

The entry into force of a new Protocol in August 2021 indicates that the ECtHR will implement even more stringent admissibility criteria which provides the institution with more tools to reject legitimate applications and to hide the political motivation behind such decisions. The European Court of Human Rights (ECtHR) has long faced burning criticism for declaring applications inadmissible when faced with prima facie flagrant human rights abuses by autocratic regimes, such as Turkey, putting in question the credibility of the Court which is expected to be a center of legal excellence. The President of the Court’s acceptance in September 2020 of an honorary doctorate from Turkey raised further suspicions about the political games that could influence the work of this institution. However, there is emerging evidence that the case of Turkey is not isolated because the ECtHR is using the admissibility criteria to close the door to legitimate applications from victims of younger autocracies like Bulgaria, too.

On 1 August 2021, Protocol No. 15 to the European Convention of Human Rights (ECHR) will enter into force. This new Protocol is the result of a 10-year process started with the Declaration of Interlaken and set in stone with the 2012 Declaration of Brighton. This joint effort led by Swiss, Turkish and British Chairmanships of the Committee of Ministers between 2010 and 2012 aimed at reducing the number of applications in front of the ECtHR to tackle the mounting number of unprocessed cases. Instead of enhancing the resources of the Court, the solution proposed by this Protocol gave a new impetus to the inadmissibility criteria and increased the Court’s powers to reject applications as much as possible, thus, in effect, challenging the implementation of the ECHR on a national level.

This protocol will now enshrine both the subsidiarity principle and the doctrine of the margin of appreciation of the Contracting Parties in the application of the Convention. These concepts are not new to the observers of the Court, as they have been put forward in admissibility consideration for decades and are the natural corollary of the requirement of exhaustion of national remedies. Protocol No. 15 will also bring two additional modifications to the admissibility criteria:  1) reducing the time limit to submit an application from six to four months (see Article 35, Paragraph 1 of the ECHR);   2) deleting the safeguard clause “provided that no case may be rejected on this ground which has not been duly considered by a domestic tribunal“ from Article 35, allowing the Court to declare a case inadmissible if it considers “the applicant has not suffered a significant disadvantage”.

It is therefore not difficult to see that the entry into force of Protocol No. 15 will ease the possibility for the ECtHR to declare cases inadmissible, either by application of a stronger conception of the subsidiarity principle, a shorter deadline, or an in concrete appreciation of the case with weaker safeguards. From this perspective, it is already worrying to notice that, according to the official statistics of the ECtHR for 2020, 95 percent of the cases submitted to its consideration were declared inadmissible (or struck out for default of answer of the requestor). It is doubtful that a national court with such statistics would pass the test of the effectiveness of legal remedy, as according to ECtHR’s own case law, the right of access to a court should be both practical and effective, the effectiveness being measured by the possibility for an individual to have a clear, practical opportunity to challenge an act that is an interference with his/her rights.

Defenders of ECtHR’s recent policies may argue that this Court should not be held to the same standard as national courts because it is not a fourth-instance court. They may say that its only responsibility remains to ensure that, within its margin of appreciation necessary to implement an international treaty, Contracting Parties comply with their obligations. Consequently, the ECtHR, despite its name, is not a Court put in place to ensure the rights of individuals, but to merely sanction Contracting Parties for violating the well-established principle of international law — pacta sunt servanda. While this may appear legally sound to some, it creates a disconnection between what the general public expects from the ECtHR, and what a law practitioner may expect. Considering the rise of autocracies in Europe and considering that the ECtHR’s jurisdiction is fundamental rights, this surely appears problematic as the Court fails victims of human rights abuses.

A recent case from Bulgaria, published in December 2020, in which the ECtHR established partial inadmissibility almost six years after declaring the application admissible raises concerns that the practice of rejecting applications for political reasons is gaining firmer grounds. The case concerns the withdrawal of the license of Corporate Commercial Bank (Corpbank) in 2014 — the fourth largest Bulgarian bank at the time. The case is well-known in Bulgaria — the bank was a victim of a run in 2014 allegedly orchestrated and induced by Bulgaria’s prosecutor’s office in collaboration with the media and politicians. Diverse sources explain that this attack was organized due to the majority shareholder’s refusal to succumb to racketeering by  Bulgarian politicians.

In violation of standard practice, the central bank of Bulgaria refused to provide Corpbank with liquidity help even though Bulgaria used Corpbank’s case to obtain the EU Commission’s approval for state aid to the Bulgarian banking system. Because of this, the bank’s management was forced to ask for special administration — a procedure under which the central bank temporarily takes over a bank to put it on track. Subsequently, the central bank withdrew the bank’s license based on an obscure report which it did not make public. While the management, the shareholders, and the depositors of the bank tried to challenge the license withdrawal at the Supreme Administrative Court (SAC), the court declared their appeals inadmissible because it deemed these parties had no legal interest to challenge the license withdrawal. In the opinion of judge Sonia Yankulova, a member of the panel which handed down the decision: the opinion of the majority violated ECtHR’s case law against Bulgaria – namely, Capital Bank v. Bulgaria. She  emitted a dissenting opinion in which she argued: “The fact that someone has agreed to a blood transfusion does not mean he has agreed to the amputation of both of his legs”. In other words, the fact the management agreed to special administration did not mean it agreed to the liquidation of the bank.

This is a clear-cut case of denying an effective remedy to the individuals affected by a discretionary and possibly politically motivated decision. This is why, the management of the bank and the main shareholder of the bank submitted an application to the ECtHR in 2015, which they supplemented in 2016.

A Curious Case of Inadmissibility

This case is a perfect illustration of the autonomous interpretation of the notion of victim in the sense of the ECHR. It is indeed a long standing position of the ECtHR that the recognition of the status of victims by a national court does not bind the Court which will apply its own criteria: in order to be considered a victim, a party needs to demonstrate that “there must be a sufficiently direct link between the applicants and the harm which they consider they have sustained on account of the alleged violation”. The Court goes even further by stating that for the determination of the status of victims, domestic concepts such as the interest or capacity to act are irrelevant.

This is important here as the main reasons for rejecting the claims of the applicants at the national level was exactly their lack of interest to act, despite the link between the applicants and the harm suffered by the alleged violation. It also means that here the ECtHR is absolutely in its office: it is not a fourth-instance petitioned after multiple grounded decisions, but an institution petitioned after a complete denial of access to justice at a national level.

The decision to reject one of the applicants without legal reasoning after so many years is also strange because, according to settled case law, the objective of a reasoned decision is to permit for the parties to understand that their case has been taken into consideration by the Court. Of course, it is recognized that the motivation needs to be adapted to the context, but it remains that such a reasoning must allow the party to understand the sense of the decision. Therefore, the simple mention that the judge does not consider that the admissibility conditions laid down in Articles 34 and 35 are fulfilled without citing which admissibility conditions does not allow the concerned party to understand why its application is inadmissible. Even worse, surveying the conditions of rejection enshrined in Articles 34 and 35, it seems the only ground on which one of the applicants could be rejected is Article 35(2)b: The application is “substantially the same as a matter that has already been examined by the Court or has already been submitted to another procedure of international investigation…”. This leads to the absurd situation that one of the applicants is excluded because he co-signed the application. Meanwhile, the questions raised by all applications remain valid and admissible.

Therefore, this rejection completely fails the test put in place by the Court under which it measures the compliance of national jurisdiction. This type of decision can only stir a feeling of arbitrariness and disrespect for the parties while it would be easy for the Court to give closure to the applicant.

According to well-established common law wisdom, not only must Justice be done; it must also be seen to be done. This ideal is accomplished via both the exigence of reasoning and impartiality. In the Bulgarian case discussed above, the Court did not show itself in favorable light.

This is regrettable because the ECtHR is supposed to be one of the world-leading legal centers of excellence. Its decisions on the merits are proof of this excellence and of a deep understanding of the legal concepts at the heart of the legal systems of democracies. However, if the ECtHR cannot apply these concepts to its own procedural decisions, especially considering the looming entry into force of Protocol No 15, it will be resented by applicants as an arbitrary institution. Dedicated attention to reason procedural decisions, even and specifically when such reasoning is to be done summarily, is therefore a must for the Court. 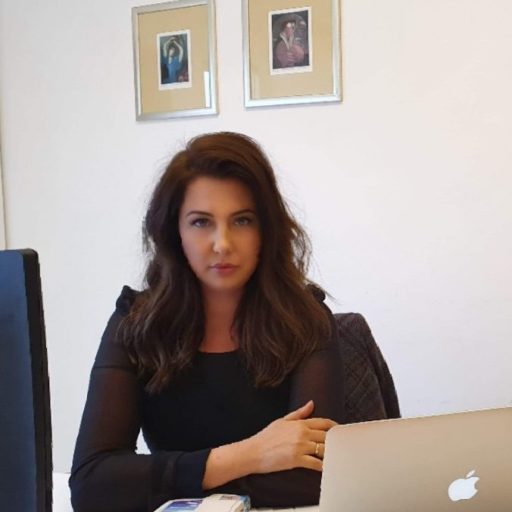 Blaga Thavard Blaga Thavard is a Member of the Sofia Bar and an Arbitrator at the International Arbitration Court at the Legal Interaction Alliance.

Other posts about this region:
Bulgarien, Europa 1 comment Join the discussion
Go to Top