The Africanization of International Investment Disputes – from Past to Present

The global Covid-19 pandemic has led to dramatic economic consequences. State-ordered lockdowns in African states have tremendous consequences for both food supply and the economy. One important factor for many economies are foreign investments. According to the World Investment Report 2020, Africa is expected to see a decline of foreign direct investments between 25 and 40 per cent in 2020. A recent UNCTAD report predicts that developing states in particular will be in desperate need of external financial support in order “to help mitigate the economic and social damage they are enduring” (see here at p. 6). While African states are now more than ever under pressure to attract foreign capital, they are also under general suspicion to maintain an unsafe environment for foreign investments. Despite the fact that African states over the years developed into an innovative forum for international investment law and arbitration, the continent is often portrayed as opposing the international investment regime, especially its investor-state dispute settlement (ISDS) system (see here, here and here).

Undeniably, in recent years a number of developing and emerging states expressed their distrust in ISDS, such as Bolivia in 2007, followed by Ecuador, Nicaragua, Venezuela, South Africa, India and Indonesia (see here). This tendency has led to some scholars extending the opposition movement to the entirety of the Global South, including African states (see e.g. here). It was, however, predominantly South American states that rejected the idea of an international minimum standard by asserting the Calvo doctrine and thus jurisdiction based on the location of an investment, in opposition to the now prevailing Hull formula of prompt, adequate, and effective compensation (see here, at pp. 580 ff.). In contrast, African states have historically, and despite a common misconception, supported both the internationalization of investment disputes and the progressive development of international investment law (see here, at pp. 243 – 247).

I argue that the depiction of Third World resistance as a homogeneous one is – in itself – an oversimplification and can be directly attributed to the danger of the single story that lies in the utilization of a certain terminology. While the plurality of Third World Approaches to International Law (TWAIL) scholarship is emphasized by its name (“Approaches”), descriptions such as ‘Third World’ and ‘Global South’ tend to leave room for generalization and simplification. Such a simplification may easily discourage flows of much needed capital into African states. In the following, I will show that African states have been rather instrumental in shaping today’s ISDS regime and outline an African approach to international investment law (see for a discussion here and here).

Power has always been an essential aspect of international law. It has even been argued by Third World scholars that international law was created in order to maintain power, thereby both (re-)creating and upholding hegemonial structures. Especially the evolution of international investment law is said to be inherently power-based, as it is rooted in Western states fearing nationalization and arbitrary treatment in newly independent states (see e.g. here). It has likewise been emphasized that African states concluded first-generation bilateral investment treaties (BITs) primarily to assert their status as sovereign states, not considering, perhaps due to a lack of experience and expertise, the distinctive needs for their young societies (see e.g. here, at para 15). While the rapid legalization of investment protection was undeniably intended at maintaining postcolonial economic relations, given that BITs were traditionally concluded between capital exporting and capital importing countries, African states were by no means opposing the establishment of a mechanism to settle investment disputes. Despite a common misconception, African states have historically been instrumental in the establishment of the current system and emphasized the significance of principles such as neutrality for successful investor-state dispute settlement.

Specifically the Convention on the Settlement of Investment Disputes Between States and Nationals of other States (the ICSID Convention), arguably the most important instrument for settling investor-state disputes, was only achieved with the support of African states (see here and here). It was the time in which African states were eager to reassert their newly won sovereignty, but it was also the need to attract foreign capital that led fifteen African states – Benin, Burkina Faso, the Central African Republic, Chad, the Republic of the Congo, Cote d’Ivoire, Gabon, Ghana, Madagascar, Malawi, Mauritania, Nigeria, Sierra Leone, Tunisia, and Uganda – to ratify the ICSID Convention, thus becoming instrumental in bringing the Convention into existence (twenty states were needed for the Convention to enter into force; the other five states were Iceland, Jamaica, Malaysia, the Netherlands and the United States). Today, 46 African states are contracting states to the ICSID convention.

Prior to the ratification of the document, regional meetings had taken place inter alia in Addis Ababa, Ethiopia from 16–20 December 1963, which was attended by 29 African states and 50 African delegates, including Taslim Olawale Elias, Nigeria’s Minister of Justice at that time and later a judge at the International Court of Justice (see here, at pp. 236 ff). Aaron Broches, then General Counsel for the World Bank, described the consultations as “very encouraging”. According to the records, the statements of the participating parties expressed complete agreement with the ideas underlying the convention (see here, at p. 296).

A close study of the travaux préparatoires of the ICSID Convention reveals that African states not only adhered to the key principles of investor-state dispute settlement, they actively engaged in the debate offering comments, suggestions or criticism. The delegates debated the International Center for Settlement of Investment Disputes’ (the Centre) administrative and organizational structure, its legal jurisdiction, arbitral appointments, powers and functions of arbitral tribunals, the arbitral award itself, and its enforcement (see for an overview). They also warmly recommended the codification of certain principles of customary law and the progressive development of international law (see here, at p. 244). One delegate reminded the participating representatives that the principle of settling differences by conciliation and arbitration was not new, but embodied in Articles 3 and 19 of the Charter of the Organization of African Unity (see here, at p. 243). This refutes the argument that African states were left with no option but to abide to a draft they did not agree with (see e.g. here, at pp. 585 ff.).

The records of the travaux préparatoires, thus, suggest that African states were eager to build a neutral and in particular an international dispute mechanism in order to attract foreign capital. One delegate even suggested that the ties between the World Bank and the Centre should be stronger as this would give capital-importing countries a greater sense of confidence (see here, at p. 297). The Ethiopian delegate acknowledged that “Ethiopian courts were empowered to hear cases against Government entities, but however independent the courts, the investor would always regard them as the instrument of the state”, even if “states might be reluctant to take action against investors because of the unfavorable impression such action might make on others” (see here, at p. 243).

The enthusiasm during the legal consultations indicates that African states sought to create a favorable environment for foreign investments by striking “a balance between the interests of investors and those of developing countries” (see here, at p. 244). The delegate for Sierra Leone even went as far as suggesting an expansive jurisdiction to non-contracting states, while others wished to expressly include “public companies” (see here, at pp. 255, 258). African delegates overall emphasized the importance of a neutral, trustworthy and effective dispute settlement mechanism in order to safeguard the enforcement of potential awards, thus strengthening the rule of law with respect to foreign investments. They understood that the attraction of foreign capital depended on a trusted and robust mechanism for the rendering and enforcement of arbitral awards.

This does not negate the structural difficulties and asymmetries of said system. In fact, African states did conclude a high number of bilateral investment treaties that were predominantly favorable to capital exporting countries. They often did so right after independence, when African states were generally not equipped to resist the power struggles that accompany a bilateral negotiation setting. Yet, it is important to note that African states were, indeed, eager to improve the legal environment for foreign investments and thereby “restore the confidence of the investor” (see here, at p. 44).

In recent years, African states have increasingly taken collective steps towards strengthening regional mechanisms, such as modernizing the arbitration rules of the Organization for the Harmonization of Corporate Law in Africa (OHADA; french acronym for “Organisation pour l’Harmonisation en Afrique du Droit des Affaires”). Regional investment protection regimes are progressively being established, such as the Investment Agreement for the Common Market for Eastern and Southern Africa (COMESA) Common Investment Area (CCIA), the Supplementary Act adopting Community Rules on Investment and Modalities for their implementation with the Economic Community of West African States (ECOWAS) and the Southern African Development Community (SADC) Protocol on Finance and Investment.

The so far most dramatic shift in the investment protection paradigm across Africa was the release of the African Union Draft Pan-African Investment Code (the PAIC) in 2016, seeking the promotion of an attractive investment climate and the development of a competitive private sector in Africa, coherent with the global framework of agenda 2063. The PAIC provides a framework for investments made between African Union member states. It also articulates the duty in Article 43 of the PAIC to conduct ISDS at any established African public or African private alternative dispute resolution center.

Further, a few newly concluded agreements impose obligations on investors, with regards to the protection of environmental and corporate social responsibility. Other significant developments include the express mentioning of the right to regulate, such as in Article 23 of the Morocco–Nigeria BIT (2016) and Article 20 of the SADC Model BIT (2012), thereby striking a balance between the interest of the state and the foreign investor. These regional developments have the potential to further influence the global investment regime as they give an insight into Africa’s stance on various doctrines in international investment law.

Finally, recent arbitral initiatives regarding the use of virtual hearings in times of COVID-19 have so far ignored the specific challenges and circumstances that may arise in relation to Africa. In response, the African Arbitration Academy developed a Protocol on Virtual Hearings in Africa which is custom-made for virtual hearings in Africa. While African states historically did not express a need for representation and inclusion in cases in which the respondent is an African state, the lack of African arbitrators and jurisdictions in international investment law and the failure to pay regard to the African context could easily lead to a future backlash, comparable to the African opposition showcased in international criminal law. Considering that since 2018 sixteen investor-state disputes have been registered with an African state as the respondent (see here), an increase in African participation is to be expected. It remains to be seen how the attitude of African states will further develop.

Other posts about this region:
Afrika, World 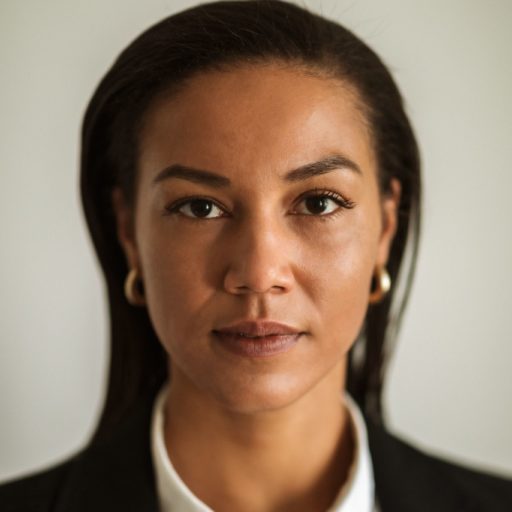 Other posts about this region:
Afrika, World No Comments Join the discussion
Go to Top