Daniel Halberstam’s “constitutional defense” of Opinion 2/13 is certainly thought-provoking, but it ultimately fails to convince. By taking on the seemingly impossible task of defending the indefensible, Daniel allows us to see more clearly what’s really wrong with the Court’s view. However, he mischaracterizes the Court’s many critics by alleging that “they rushed to embrace Strasbourg while forgetting about the constitutional dimension of EU governance along the way”. Criticism of Opinion 2/13 is grounded in more than amnesia about the distinctive character of EU constitutionalism. Rather, the true problem is precisely the Court’s interpretation of the EU’s constitutional order: it ignores the fact that accession is a constitutional requirement and engages in cherry-picking when it comes to the relationship between EU law and international law. To move accession forward, we need to unpack what I call the “autonomy paradox.”

Accession is a constitutional requirement

The EU’s constitutional order is founded on the EU Treaties. Article 6(2) of the Treaty on European Union (TEU) is an intrinsic part of this constitutional order and deserves to be taken seriously. In a bold, but carefully considered, move, the Member States decided to make accession of the EU to the ECHR mandatory in the Treaty of Lisbon. The Opinion of the Court of Justice completely ignored this unique feature. In all other cases in which the Court has had to opine on the compatibility of a contemplated agreement with EU law, there was no legal obligation to enter into an international agreement in the first place. Accession to the ECHR is different: a commandment to accede has been built into the foundational instrument of the EU order, subject to the conditions posed in Protocol No. 8, most notably the preservation of “the specific characteristics of the Union and Union law”. Daniel applaudes the Court for protecting the EU’s constitutional order. In my opinion, the Court has failed to act as a true constitutional Court. When faced with competing constitutional claims—mandatory accession on the one hand, preservation of the EU’s unique structure on the other hand—a true constitutional Court aims for praktische Konkordanz. It seeks to effectuate both to the fullest extent possible. If necessary, it crafts creative solutions. The Court’s Opinion fails on this account, choosing instead to walk the path of the simple naysayer, and this is why it strikes one as blatantly one-sided.

Cherry-Picking between Monism and Dualism

In the longer version of his argument Daniel points to the judgment in Kadi as a precursor for Opinion 2/13. I think the opposite is true. In Kadi, the Court constructed the relationship between EU law and international law in a dualistic way (i.e., separation of both legal spheres) to defend its control of the EU’s actions that were triggered by U.N. security council resolutions. Applying this logic to accession of the EU to the ECHR would mean to stress that it is for the EU legal order (and ultimately the Court of Justice) to decide on the impact of the ECHR and the respective decisions of the ECtHR. If the Court were indeed to believe—as Daniel suggests—that “no international legal obligation can alter core principles of EU constitutional law” in a descriptive sense, how could there be any problem with accession? The EU constitutional order would prevail on its own terms within its own sphere. The consequences of any ECHR obligations sounding in the international sphere would work no mischief on the autonomous content of EU law or on the remit or authority of the Court of Justice. There is, in other words, no direct conflict on a dualist view. But this is clearly not how the Court sees it. It is hard to escape the sense that Luxembourg perceives accession of the EU to the ECHR as a threat. The underlying reason for that perception seems to be that the Opinion employs a monistic approach, by which international law and thus also the ECHR and the respective judgments of the ECtHR form an automatic (“integral”) part of the EU legal order (after accession). This is in line with the standard account of the relationship between EU law and international law, but Opinion 2/13 should make us wonder whether that conventional wisdom is actually true or desirable. When it really matters—especially when other (quasi-)judicial decision making bodies are in play—the Court has always found a way to shield the EU legal order (e.g., by denying direct effect). Perhaps a dualist approach to the relationship between EU law and international law might provide a way to reconcile the autonomy concern with full participation in the international order.

Daniel is certainly right in saying that the Court is mainly concerned with protecting the autonomy of the EU legal order (let us assume for a second that securing its own position was not the guiding imperative but rather a side benefit). However, the autonomy rationale strikes me as paradoxical—and, ultimately, fundamentally flawed—for three reasons.

1. By foregrounding autonomy, the Court builds on an unwritten concept that was developed to detach the EU legal order from the legal orders of its member states and to establish the supremacy of supranational law over national law. Arguably, the relationship between EU law and international law requires a different (smarter) conception of “autonomy”. In any case, the treaty makers called for a modification of the constitutional structure when they decided to subject the EU legal order (including the Court of Justice) to external control: indeed, it is hard to see the point of accession to the ECHR without some subordination of the EU’s organs to Strasbourg. It seems almost disingenuous to allege, as Daniel does on p.6, that “autonomy” trumps the autonomous decision of the masters of the treaties. Daniel seems strangely untroubled by this particular counter-majoritarian difficulty and the Court’s activist stance.

2. The Court’s Opinion suggests that it is insufficient to rely on EU law (and its enforcement apparatus) to prevent actions from Member States which are consistent with their rights under international law but violate their obligations under EU law (Article 344 TFEU and Article 267 TFEU are the two examples given in this case). As a result, the Court calls for additional safeguards under international law that constrain the EU Member States from engaging in such conduct. Daniel moves in the right direction by suggesting that unilateral declarations (instead of treaty commitments) should be sufficient. But how is this consistent with the autonomy rationale (not to mention the hitherto prevailing practice in EU external affairs law)? A truly autonomous legal order should be able to handle its own affairs. In this context, it is inaccurate to claim that Article 33 ECHR (or Protocol No. 16 for that matter) mandates a violation of EU law under certain factual circumstances because the ECtHR will be unable to avoid exercising jurisdiction, simply because the Strasbourg Court is not bound by EU law and thus cannot violate it. The culprits are the EU Member States (acting through their courts) and they should be held accountable under EU law. If we take “autonomy” seriously, as the Court invites us to do, action by the Strasbourg Court is beside the point.

3. If one really wants to stick with the autonomy rationale in the international realm, dualism is the right approach. Separating the EU legal order (and obligations under EU law, including obligations to protect EU fundamental rights within the scope of EU law) from the international legal order (including the obligations arising under the ECHR after accession) would conceptually solve all the problems that the ECJ identifies in this Opinion. The Court of Justice could simply denounce decisions by the ECtHR that run counter to the EU’s constitutional order (such as decisions under Article 33 ECHR within the scope of EU law). Luxembourg would interpret the ECHR as part of EU law, while Strasbourg would be the authoritative interpreter of the Convention under international law. Naturally, this might lead to divergences and thus may not seem desirable from a human rights perspective. But the EU would be held responsible for those divergences in Strasbourg just as any Member State would be. Such a scenario is certainly preferable to the status quo (no accession) and I am confident that both courts would find a way to get along: as, we should pause to remember, they have successfully in the past. 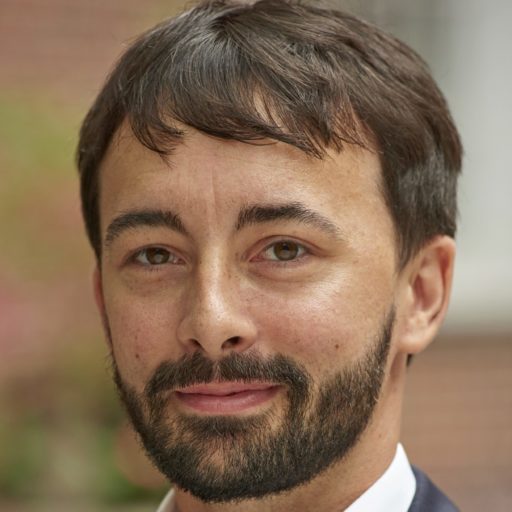