This week, like the last and probably the next, the constitutional and political drama in the Brexit process reached new heights. The week began with a statement from the Speaker of the House of Commons, John Bercow MP. The Speaker took many by surprise by invoking a precedent that has existed since 1604: that once the Commons has rejected a motion or Bill, the proposition in question should not be re-introduced in the same parliamentary session. The Speaker’s intervention, both in terms of its substance and timing, was hugely controversial and was perceived by many as a political act designed to weaken the Government’s position in its quest to get Commons‘ approval for the Brexit deal (which was rejected by the Commons for the second time on 12 March).

In this post, I defend the constitutional logic of Speaker’s intervention. In a constitutional system such as the UK, which largely depends on political institutions and norms to check the executive, it is entirely appropriate – indeed, desirable – that the Speaker identify, interpret and enforce such norms to defend the institutional interests of the House of Commons and basic values of parliamentary democracy.

The core of Speaker’s pronouncement was to cite a rule set out in Erskine May, the guide to parliamentary practice and procedure, which states:

A motion or an amendment which is the same, in substance, as a question which has been decided during a session may not be brought forward again during that same session.

The Speaker set out that Erskine May emphasises that this is not a strict rule: it is for the Speaker to decide whether ‘the second motion is substantially the same as the first’. Applying this rule to the current context, he said that if the Government sought to bring forward a motion to make a third attempt at passing the Brexit deal (Meaningful Vote 3), such an approval motion could fall foul of the ‘second attempt rule’:

What the Government cannot legitimately do is to resubmit to the House the same proposition or substantially the same proposition as that of last week, which was rejected by 149 votes. This ruling should not be regarded as my last word on the subject; it is simply meant to indicate the test which the Government must meet in order for me to rule that a third meaningful vote can legitimately be held in this parliamentary Session.

Whether or not a proposition is the same or substantially the same is difficult to identify in the abstract. Hilary Benn, chair of the Commons Select Committee on the EU, asked the Speaker whether changes to the deal, such as those secured between the first and second meaningful votes, would be necessary for a third attempt to take place. The Speaker responded:

I would say—preliminarily and off the top of my head—that, in all likelihood, the answer to his question is yes; I do think that a demonstrable change to the proposition would be required. For example, simply a change in an opinion about something would not itself constitute a change in the offer. I would have to look at the particulars and make an honest assessment of the circumstances, and perhaps of the competing claims made as to the veracity of one proposition, argument or another, but, fundamentally, for something to be different, it has to be, by definition, fundamentally different—not different in terms of wording, but different in terms of substance—and this is in the context of a negotiation with others outside the United Kingdom. That would be my initial feeling.

This answer was somewhat problematic in that the Speaker seemed to contradict himself. The first part of the response suggests that changes to the deal that result in additional documents, secured via further negotiations, which could be laid before the House would be necessary for another attempt to be made. He then, in the second part of the answer, suggested that a broader range of changes, including to the context, could amount to a ‘substantial change’. The second part of the answer, however, introduces the concept of a ‘fundamental difference’ and it is not clear whether this a higher or lower threshold than a ‘substantial change’. It is worth noting that his response was qualified by the fact that it was ‘off the top of his head’.

The key point is that if the rule required ‘a fundamental difference’ or for changes to the deal to be secured via negotiations, this would be, in my view, too strict an interpretation of the rule in this context. Further, you could argue that the changes negotiated by the Government and put before the House ahead of the second meaningful vote on 12 March did not make the deal ‘fundamentally different’ from the deal rejected by the Commons in the first meaningful vote on 15 January.

There are two reasons to suggest that the test set out by the Speaker is more flexible than some have suggested, even in this particular context. Both suggest, that in my view, the Government could have asked the Commons to approve the deal for a third time this week.

First, section 13(1)(b) of the EU (Withdrawal) Act, which sets out the legal test for the Commons’ approval of the deal, is deliberately flexible to allow for different forms of approval motion. The provision simply requires that both elements of the deal be ‘approved by a resolution of the House of Commons on a motion moved by a Minister of the Crown’. It does not say how the resolution should be drafted, or what it should include or exclude. This means that the third attempt at passing a resolution approving both elements of the deal could include procedural or substantive propositions that were not included in the motion which was rejected on 12 March. The Government’s motion could have, for example, included a commitment to hold indicative votes on the future relationship the following week.

Second, the rule that precludes multiple attempts is also designed to be sufficiently flexible (both in its form and substance) so that exactly the same proposition could be reintroduced if there had been a change in circumstances. For example, let us imagine that the Commons rejected a Bill to create a particular criminal offence. This was followed by a spate of particularly heinous examples of the rejected offence, and it was clear that events in the real world had changed the meaning and importance of what had been initially proposed. In such circumstances, a strict application of the rule would be to the detriment of its underlying purpose: to ensure respect for the House of Commons’ decisions.

In the context of the third attempt at the meaningful vote, it is easy to think of a change in circumstances (for example the grant of extension, or an impending no deal exit), that could be justification for taking a flexible approach to the rule. Moreover, it is worth noting that Bercow did not actually reject a third attempt at the meaningful vote; he simply provided guidance on the fact that the rule did exist and the factors he would take into account in determining how it could apply.

Even if the Speaker had applied the rule so strictly so as to prevent the Government re-introducing another approval motion on the deal, the Commons could decide, through a majority decision, to disapply the rule. The problem in the context of a minority government is that there is no guarantee that in this situation, this would succeed.

Ultimately, the Speaker’s statement placed an eminently surmountable hurdle before the government. In effect, it said to the Government: if you want to breach this principle in a way which would risk doing long-term damage to the reputation of the Commons, please make sure you have thought about it and can justify it. The fact that this approach caused such consternation – despite being entirely in line with the UK’s political constitution – is yet another indicator of the fundamental nature of the crisis we are in. 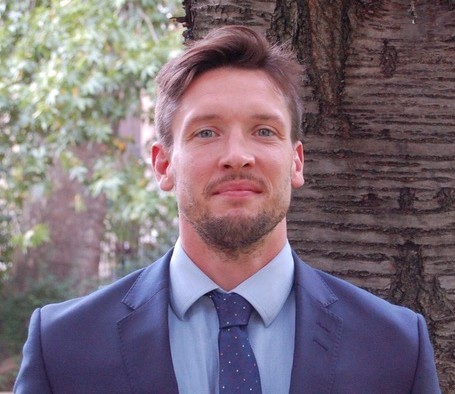