The Case Law of the Bundesverfassungsgericht on Counterterrorist Measures

For my report on Germany, I offer a brief summary of the extensive case law of the Bundesverfassungsgericht (BVerfG – Federal Constitutional Court) on counterterrorist measures.

Ever since 9/11, a multitude of laws against terrorism have been adopted, both on the federal level and on the level of the Länder (which in Germany are mainly responsible for the police). The 2002 “Law on suppression of international terrorism” was only the first of many to follow: immediately after 9/11, the Federal Ministry of the Interior seized the opportunity to introduce counterterrorist measures that had been on its agenda for quite some time. On the whole, these laws mostly extended the competences of police and intelligence services to secretly collect, store and make use of personal information, especially by allowing the application of new surveillance technologies, for instance IMSI-catchers or Trojan horses, or creating new data sets, in particular the so called counter-terrorism database.

The counterterrorist legislation has also shifted many competences from the Länder to the federal level. Most notably the Bundeskriminalamt (BKA – Federal Criminal Police Office) and the Bundesamt für Verfassungsschutz (BfV – Federal Domestic Intelligence Service) successively became more and more powerful, often at the expense of their counterparts in the Länder.

Almost at once this antiterrorist legislation came under direct scrutiny by the BVerfG.

As an exception from this rule, the BVerfG does not request a prior act of execution but can directly control a legislative act if it allows authorities to make use of secret surveillance measures. The argument is that in such cases the aggrieved person will only much later (if at all) find out that she was under surveillance.

Over time, the BVerfG has woven a tight net of constitutional case law specifying the parameters to what extent surveillance measures may interfere with the right to informational self-determination (Recht auf informationelle Selbstbestimmung) deriving from Art. 1 and Art. 2 I GG. Since the BVerfG’s decision on the census act in 1983, it is well established case law that the right to informational self-determination protects individuals against the unrestricted collection, storage, use and transfer of their personal data: “In that regard, the fundamental right guarantees in principle the power of individuals to make their own decisions as regards the disclosure and use of their personal data.”

In its reasoning the BVerfG reviews whether the powers to gather information do satisfy the principle of proportionality: The granting of these powers must always pursue a legitimate aim and must be suitable, necessary and, in the strict sense, proportionate to achieving this aim.

In turn, the proportionality in a strict sense is surveyed via balancing of the fundamental right of the citizens to informational self-determination against the duty of the state to protect its citizens from harm and to provide security. In the words of the BVerfG (Para. 96) “[t]he provision of effective means of gathering information for protecting against terrorism constitutes a legitimate aim and is of great significance for a democratic and free basic order.” So the more important the interests (respectively the intended purpose of the law) and the more imminent the threats, the more likely a legislative act will be constitutionally upheld even if it seriously interferes with the right to informational self-determination.

As a result, on the one hand, powers that constitute a serious interference with privacy are limited to the protection or legal reinforcement of sufficiently substantial legal interests. On the other hand, as a consequence of this balancing approach, there is virtually no surveillance technique that is completely prohibited as long as the respective rule limits its use to cases of severe and concrete threats.

The only clear-cut boundary is the so called core area of private life which must not – at least in theory – be infringed under any circumstances. “It has its roots in each of the fundamental rights affected by surveillance measures in conjunction with Art. 1. I GG and ensures a core of human dignity that is beyond the state’s reach and provides constitutional protection against such measures. Even paramount interests of the general public cannot justify an interference with this absolutely protected area of private life” (Para. 119 ff.).

So in practice, the most important effect of this case law is the invention of legislative mechanisms to limit the use of surveillance measures and to monitor the handling of collected data. This includes specifications concerning “particular rules for the protection of the core area of private life as well as the protection of persons subject to professional confidentiality”, “requirements of transparency, individual legal protection, and supervisory control” and “deletion requirements with regard to the recorded data” (Headnote 1b). (Generally the latest relevant major case decided by the BVerfG in 2016, the decision on the “law concerning the Bundeskriminalamt”, gives a good overview of the current state of this case law.)

Is the Case Law on Counterterrorist Legislation or on Informational Self-Determination?

In the context of our symposium, it is important to recognize that this case law is not specific to counterterrorism legislation – even if there certainly has been a surge in such constitutional cases since 9/11. In fact, the roots of this jurisdiction go way back to the “eavesdropping”-decision from 1970 in which the BVerfG decided about the constitutionality of laws regulating the surveillance of telecommunication and mail service. Right in the middle of the cold war, these regulations were not at all directed against terrorists but rather against communists and fellow travellers in Western Germany and the intelligence services of the German Democratic Republic (GDR). Another landmark decision on surveillance measures concerned the electronic eavesdropping in private homes. Though that decision dates from 2003, the underlying legislative act was enacted already in 1998 and targeted not terrorism but organized crime. Thus from a constitutional perspective, the threat against which a particular legislation allegedly tries to protect mostly seems interchangeable. Actually, as shown above, the landmark decision from 1983, in which the BVerfG recognized the right to informational self-determination, does not even involve interior security but a population census act.

In conclusion, the relevant constitutional case law may be seen as not so much about counterterrorist legislation but more about interior security and the right to informational self-determination on the whole.

Other measures: Criminal Offences and Assessment of a Person’s Dangerousness

Even if the bulk of cases on counterterrorist measures concerned secret surveillance, a few cases still concerned other measures.

The most notorious and most debated new regulation has been the federal competence to order the shooting of an airplane if it appears to be used as a weapon. In 2006 the BVerfG ruled this regulation, to the extent that it affects persons on board the aircraft who are not participants in the crime, to be incompatible with the guarantee of human dignity, which according to Art. 1 I GG is inviolable.

Conspicuously, to this day neither the criminal legislation nor the administrative competences to take action against persons who are deemed dangerous got even half the attention as the secret surveillance measures, neither from the BVerfG nor the public debate. For example, in 2017 the BVerfG unequivocally rejected two constitutional complaints from a Russian and an Algerian citizen who were evicted from Germany on the grounds of the mere suspicion that they were Islamic fundamentalists and allegedly had been planning terroristic attacks. The decisions were handed down despite the fact that the cases could easily have been found constitutionally unsound, since the respective assessments of the plaintiffs’ dangerousness rested on rather shaky bases.

At this point in time, the BVerfG apparently attributes much more attention and weight to the right of informational self-determination and the protection of the German citizenry against mass surveillance than to the rights of individuals who have already been singled out and are viewed as a danger to society.

In the future, this might simply change through an increase in relevant cases decided by the BVerfG. But this seems unlikely, as long as there are no sufficient legal standards for judging the assessment of a person’s dangerousness, neither in constitutional nor in public law. That is one reason why I focus my research on the development of such standards. 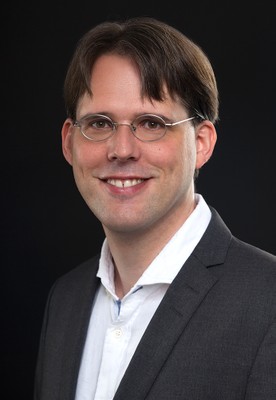 Benjamin Rusteberg Dr. Benjamin Rusteberg is an assistant professor at the Institute of State Studies and Legal Philosophy at the University of Freiburg. He is an Associate Editor at Verfassungsblog covering security, anti-terror, military and intelligence issues.
Other posts about this region:
Deutschland No Comments Join the discussion
Go to Top