The Case of Mr. Junqueras is a Case of Respect of the Rule of Law

Once upon a time there was a difference between the kind of light conversation one may have while in a cab, sitting during a haircut or while ordering a drink in a bar, and a discussion regarding a complex legal issue, where difficult legal background analysis, and detailed attention to the specific facts at stake would be a pre-condition to any loud opinion. Unfortunately, modern populism is turning this upside down (let’s never forget the famous statement “we’ve had enough of experts” from a Brexit Minister, right in the middle of one of the worst populist battles recently seen in Europe). In particular, it appears today that any reference to “popular representation” suffices as some kind of acid mantra capable of dissolving, by the very simple magic of the concept, the reasoning or decisions of any court or the content of any law. This, in particular, when the ruling or the law cannot be easily explained within the limited frame of a 240 characters tweet.

The issue of the prerogatives of Mr. Oriol Junqueras as a Member or non-Member of the European Parliament (MEP) is one of those cases. This is an matter involving the definition of the very content and limits of the legal institution of parliamentary immunity (“parliamentary immunity is not a Member’s personal privilege but a guarantee of the independence of Parliament as a whole and of its Members”, say the Parliament’s Rules of Procedure); the clarification of the timing of its acquisition for any newly elected MEP; the conditions for the loss of such immunity, whenever a person ceases (temporarily or definitely) to be a MEP; the unquestionable sovereignty of national courts within the EU in the application of national criminal law and criminal procedure; the impact of national electoral law, which has never been EU-harmonized, in the acquisition, suspension and loss of an elected seat in that European institution; or the limits of extending the interpretation of a ruling of the Court of Justice of the EU (CJEU) beyond what it literally says and beyond the circumstances of the case it was asked to ruled on. Nothing less than that.

Besides, the legal sources applicable to sort this out are also slightly more complex than what fits in a tweet, or even a blog. They include, at least, a combined interpretation and application of articles 4 and 5 of the Treaty of the European Union, and its fundamental “principle of conferral” as basis of the powers and authority of the European Institutions (“competences not conferred upon the Union in the Treaties remain with the Member States”); of Protocol number 7 on the privileges and immunities of the EU (“Members [of the European Parliament] shall enjoy in the territory of their own State the immunities accorded to members of their parliament”); of Rules 5 to 9 of the European Parliament’s Rules of Procedure and their Annex VI; of the Spanish Constitution, in particular articles 23, 70 and 71, of Spain’s Law on the Electoral Procedure, applicable to each and every person elected in office in Spain, including of course to the European Parliament, which defines who is and who is not “eligible”, and under what circumstances that “eligibility” is lost (interpreted in detail by the Constitutional Court in case 144/1999); and last but not least of course, of Spanish Criminal code as applied by a sentence condemning Mr. Junqueras to 13 years in jail for a series of proven facts that, according to the only court on earth with legal authority to decide on it in the first place, were a crime in Spain according to Spain’s Criminal Code as approved by a very large majority in Spain’s democratic parliament.

One would expect that any one coming out with a strong opinion on this matter that is in contradiction with what has been decided in the case regarding the seat in Parliament of Mr Junqueras would have studied these facts and applicable laws before doing so, or otherwise would have acknowledged such ignorance and paid the due respect to a unanimous decision of seven independent judges of the Supreme Court of a Member State. And this, in particular, if that person is a lawyer, an academic, or a politician claiming some basic intellectual respect for him/herself.

Mr. Junqueras was not an MEP nor had any immunity whatsoever when he was put on trial for a crime committed in Spain in accordance with Spanish law (the discussion of whether Mr. Junqueras’ actions and his use of funds to try to impose a Catalan Republic from his official position and authority should be criminal or not are a completely different matter from what we are discussing here). When the trial was completely over, in June 2019, but before a sentence was given by the Court, Mr. Junqueras was elected to the European Parliament. And that was possible, precisely, because Spain being a most protective country, his presumption of innocence was still complete at that time. The question that aroused then was not if the Court could still proceed with a sentence that could eventually condemn him. That was clear according to both Spanish law, fully applicable in accordance to Protocol number 7 (same immunities as members of the national parliament). What was unclear was whether he should be technically considered a MEP just because of his election, without any further formalities as imposed by Spanish law to anyone elected to office. Consequently, whether he could be kept in preventive detention or he should be allowed to travel freely for as long as he was a MEP. This was the object of the Preliminary Ruling to the CJEU. Not more. Not less.

In December, the EU Court decided, clearly changing what had been general understanding before, that Mr Junqueras was be considered an MEP in full since the very moment of his election. And for his preventive detention to be maintained, there had to be an authorization of the European Parliament. A few weeks after the decision of the CJEU, the European Parliament just implemented its legal consequences, and proclaimed Mr. Junqueras as a MEP.

Except that Mr. Junqueras was not in preventive detention anymore. In December he was already in jail because he had been condemned on October 14th by a final sentence. And that jail sentence also implied, in accordance with the applicable law, that he had been declared non eligible, resulting in the loss of any elected position he may have previously obtained. The ruling of the Luxembourg Court changed absolutely nothing about the existing national rules (in all Member States, of course, not only in Spain) defining how and for what reasons a MEP is suspended or can lose his seat. It had not been asked about it; and if one day it is, the Court will also be bound by the Treaty and the Protocol.

Let us be clear: even if Mr. Junqueras had been set free in June to travel to Strasbourg after his election; even if an authorization from the European Parliament had been requested and would be pending, or granted, or even denied to go ahead with that preventive custody; and indeed, if the same situation had applied to a member of the Spanish parliament, nothing prevented the Spanish Supreme Court to give that sentence after a trial fully concluded and terminated before Mr. Junqueras had acquired any immunity. And this results not from some kind of arbitrary decision by a bunch of oppressors attacking parliamentary freedom. This results from a 27 pages ruling of law unanimously adopted after a very detailed interpretation of the previously listed sources of European and Spanish Law. The Court in Madrid carefully listened to what the CJEU had decided; it acknowledged that in any future case it will indeed assume that MEPs are MEPS from the day of their election. And it took note that the decision changed nothing in the situation of Mr Junqueras and the automatic loss of the parliamentary seat that – as it was clear now – Mr. Junqueras had validly acquired for a short period of time, between his election and his sentencing.

It was the German Constitutional Court in its Judgement of June 30 who clearly explained that, due to the principle of conferral as enshrined in the Treaty of the EU, it is not correct to try to override any national law just by quoting some kind of generic European spirit without legal basis. It is also the European Union’s obligation, the German Court recalled, to respect the Member States’ national identity, and that includes constitutional principles from the Member States.

Of course, other completely different conversations remain open here: What is the best solution for the Catalan crisis? Or, should we have a fully homogeneous European set of rules on everything relating in any way to membership of the European Parliament? Those are fully legitimate questions with a strong political component, and their answer that may involve proposing changes in laws, constitutions or treaties. But, at least if we try to be serious, none of them should interfere in the respect for the application of law as it is today by European and national Courts. 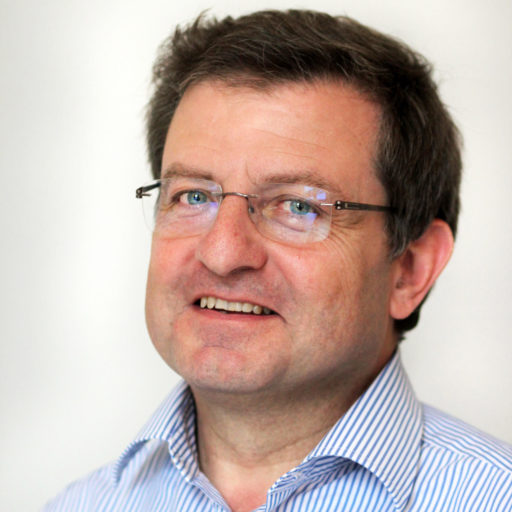 Other posts about this region:
Spanien 7 comments Join the discussion
Go to Top