A serious constitutional controversy has erupted in Spain, involving the political struggles over the issue of Catalonia’s secession. On 13 March the Venice Commission, the Council of Europe’s expert commission on constitutional law, has rendered its opinion (827/2015) It deals with a statute that the Spanish Parliament enacted in 2015 to amend the law that regulates the Spanish Constitutional Court. It is no secret that the goal of that statute was to enhance the capacity of the Court to have its decisions complied with, given the way the Catalan secessionist movement has challenged the latter’s authority. The Commission has concluded that the new law is consistent with European standards, although it has suggested some changes to better secure the authority of the Court.

With regards to the rationale of the new law it is important to bear the political context in mind. To make the story short, we should note that secessionist sentiment in Catalonia has increased since 2012. Massive demonstrations for independence have taken place in the past few years. The issue of secession has been at the heart of political debate in Catalonia. In 2014, the secessionist political parties in Catalonia asked the Spanish Parliament to give its green light to a referendum on Catalan independence. After the Spanish Parliament had refused to do so, the Catalan Parliament passed a law that made it possible for the Catalan government to call for a unilateral “popular consultation” on independence. Such a consultation was actually the same thing as a referendum, just under a different name. As soon as the law was passed in September 2014, the Catalan government under President Artur Mas issued a decree calling for a popular consultation on the independence of Catalonia, to be held on 9 November 2014. The Spanish government immediately challenged the law and the decree, and asked the Constitutional Court to suspend their effects, by way of interim measures. The Court granted interim relief. The Catalan government, however, decided to insist on the referendum, now in the form of a “process of citizen participation” that was supposed to be organized by volunteers. As a matter of fact, the Catalan government gave all sorts of institutional support to the process. The Spanish government went back to the Court to request an order to suspend any material acts by means of which the Catalan government was organizing the participatory process. The Court issued such an order on 4 November 2014. The Catalan government however defied the Court, and the popular consultation took place on the date originally envisaged: 9 November. The Constitutional Court later ruled on the merits of the controversy, and concluded that both the statute and the decree offended the Constitution (STC 31/2015, and STC 32/2015). In a later decision (STC 138/2015), it also held that the material activity that the Catalan government had engaged in was unconstitutional. The Court was unanimous in all its conclusions: the two Catalan judges on the Court agreed with their colleagues that the Constitution had been breached.

The next step in this story is the resolution that the Catalan Parliament passed in November 2015, after the regional elections in September 2015 had given a majority of parliamentary seats to the three political parties that had explicitly announced during the campaign that they were in favor of independence. Although these parties did not command the majority of the popular vote (they obtained 47%), they argued that the majority of the parliamentary seats they had obtained reflected a democratic mandate to start the construction of an independent Catalan Republic. For these purposes, they passed a parliamentary resolution that solemnly proclaimed “the initiation of the process to create an independent Catalan state”, and established that the Catalan government should only obey legislation enacted by the Catalan Parliament. The resolution explicitly said that the Spanish Constitutional Court was no longer competent to pass judgment on the validity of Catalan laws, so that its decisions should be disregarded. Not surprisingly, the Spanish government impugned the parliamentary resolution and the Court unanimously struck it down (STC 259/2015).

The Catalan government (now under President Carles Puigdemont) and its supporting secessionist parliamentary groups have not stopped their patently illegal actions. A team of lawyers, governmental officials and political representatives are currently working on a set of laws to create an independent Catalan Republic. Quite remarkably, some of these laws regulate the manner in which the Catalan legal system will unilaterally “disconnect” itself from the Spanish constitutional legal order.

The secessionist leaders are prone to say, especially when they address an international audience, that all the steps they are taking are peaceful, democratic and perfectly legal. It is however important for external observers to look carefully. One cannot deny the fact that the secessionist movement has decided to disregard the existing legal order, an order that derives from a democratically enacted Spanish Constitution that was massively supported by Catalan citizens in the constitutional referendum of 6 December 1978.

So what can the Spanish government do to confront a unilateral process of secession that amounts to an extremely serious violation of the Constitution?

There is an important provision in the Spanish Constitution, article 155, that permits the central government (with the consent of the Senate) to issue measures that interrupt the normal functioning of the regional autonomy if a regional government fails to comply with its constitutional or legal obligations, or if it gravely attacks the general interest of Spain. The measures are sometimes said to entail the “suspension of regional autonomy”, although it is not necessary for them to be that radical. In any event, this type of intervention has never been used under the current Constitution. There is a historical reason that calls for prudence in this field: under the Second Republic (1931-1936), the Spanish government had to suspend the autonomy of the Catalan government for a period of time, as a response to the failed rebellion that its President, Lluis Companys, had led against the Spanish central authorities. Since that set of events figures prominently as one of the critical factors that facilitated the downfall of the Republic, it is understandable that the Spanish government will think twice before using the instruments that the existing Constitution puts in its hands. Even if the government were to employ relatively soft measures to react to the unconstitutional behavior of the Catalan authorities, the social and political meaning of using article 155 counsels against its use.

This is the context in which the Spanish Parliament in 2015 decided to amend the law on the Constitutional Court to strengthen the capacity of the Court and to make sure its decisions are properly complied with. Before the amendment, the law had already established mechanisms to secure compliance. Thus, from the very beginning, the Court had been conferred with the power to issue coercive fines, as a way to pressure officials to obey its decisions. What the new law basically does is to increase the severity of the fines and to include the additional possibility for public officials to be suspended in their functions, until the decisions of the Court are properly executed. The law also provides that the Court may request the central government to carry out the execution in some cases. It may also ask prosecutors to initiate criminal proceedings against those who fail to execute its decisions.

Interestingly, the Court had to pass constitutional judgment on the new law, which had been challenged by the Catalan and the Basque regional governments. The Court upheld it, but with some implicit qualifications, regarding the need for the measures to be adequate and proportional (STC 185/2016, and STC 215/2016). The Court, however, deferred its judgment to future controversies as to which measures would pass this test, depending on the specific circumstances of the different cases.

On its part, the Venice Commission of the Council of Europe (the “European Commission for Democracy through Law”) has issued an opinion on the matter. The role of this body is to provide legal advice to the member states of the Council of Europe, in the fields of democracy, human rights and the rule of law. In this instance, the opinion was requested by Mr. Stefan Schennach, the Chair of the Parliamentary Assembly of the Council of Europe’s Monitoring Committee. In its opinion, the Venice Commission concludes that the new Spanish law is in conformity with European standards, although it has made some suggestions. Basically, the Commission recommends that the Constitutional Court should never take enforcement measures on its own motion, but should instead act upon request of one of the parties to the constitutional controversy. It also suggests that the law should clarify whether or not the suspension of members of Parliament is covered by it. More generally, the Commission sees a risk that the enforcement measures will fail to be executed: “It is not unlikely that the person refusing the execution will also refuse to pay the penalty or ignore the suspension and continue exercising his or her office”. Since this refusal would undermine the authority of the Court, the Commission suggests it might be better for other state bodies to step in. Indeed, the authority of the Court may be strengthened if the power of execution is placed in the hands of external institutions. These are all reasonable suggestions, which do not alter the Commission’s conclusion that the law under review meets European standards. It is important to note that the Commission emphasizes the need for public institutions to respect the judgments of a Constitutional Court.
When the opinion was announced, however, the President of the Catalan Government, Carles Puigdemont, tweeted: “Great news! Europe, for the first time, stands up to Spain”. There was an effort in some quarters to portray the Commission’s document as providing indirect support for the claim that there is a democratic mandate to start a process of secession, notwithstanding the legal obstacles that the Constitutional Court may create, on the grounds that the latter is not an independent and neutral adjudicator. The Venice Commission, of course, said nothing of this sort.

The same day that the Commission’s opinion was released to the public, the Superior Court of Catalonia rendered a decision that found that the former President of Catalonia, Artur Mas, and two other cabinet officials were guilty of disobeying the Constitutional Court for actions they had engaged in when they had organized the process of popular participation on 9 November 2014, and imposed a penalty that bars them from holding office ( for two years, in the case of former President Mas). If this decision is upheld by the Supreme Court, it may be argued that the Criminal Code already includes powerful tools to secure compliance with the Constitutional Court’s decisions, so that it may be less necessary to resort to the new measures that the 2015 statute under review has introduced for the first time. This, however, remains an open question. 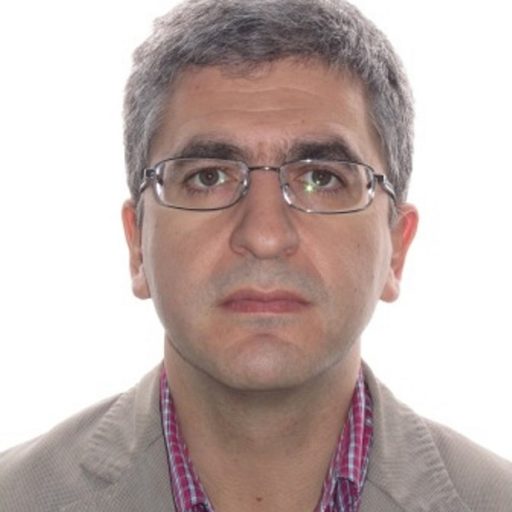 Other posts about this region:
Europa, Spanien No Comments Join the discussion
pixel_not_set
Go to Top