The Changing Culture and Perception of Corruption

The Many Contexts of Corruption in Nigeria

In Nigeria, coups d’etat have often been a cause for celebration. In the country’s sixty-one years of independence the armed forces have toppled two elected civilian regimes, one civilian-led interim administration, and three military governments. Most of these interventions enjoyed considerable popular support, and most identified corruption as a major justification for deposing the previous regime. All three periods of civilian rule—and the lower-level officials of the stillborn Third Republic 1992-3—were characterized by florid and increasing corruption, as politicians moved to enrich themselves and appropriate resources sufficient to appease their political constituencies. Ironically, even as a series of juntas promised to reform corrupt practices, Nigeria’s perceived problems grew worse, leading to ever-more stringent rhetoric against corruption and, as Ugochukwu Ezeh suggests in his contribution to this symposium, a near consensus that corruption represents a fundamental threat to Nigerians’ personal security and that of the nation itself. While it is challenging to measure the prevalence or magnitude of corruption objectively, the perception of corruption is that it gets worse and worse, despite the struggle against it.

For better or worse, this ratchet effect, in which actions against corruption and perceptions of its prevalence increase in tandem, has in recent years discouraged military coups. The regimes of Ibrahim Babangida (1985-93) and Sani Abacha (1993-98) attracted their own scandals and reputations for thoroughgoing corruption, equaling those of their civilian predecessors. By the time General Abacha died in 1998, the armed forces had lost much of the perceived goodwill they enjoyed in the 1960s and 1970s. Few would defend the ability of the civilian leaders of the Fourth Republic (1999-present) to ensure good governance, but the military is no longer perceived as a likely savior. The military and police forces have been largely ineffective against the crises of physical security that have erupted in this century: the Boko Haram insurgency, the Niger Delta conflict, conflict between cattle herders and settled agriculturalists, endemic ethnic conflict, recurrent kidnapping, among others. In the two decades after independence, the military was seen to offer an alternative to civilian corruption and incompetence. That trust has been lost, even as the political and military elites invoke corruption and insecurity as a claim to power.

I agree with Ugochukwu Ezeh that securitization has been central to corruption’s career as a public problem in postcolonial Nigeria. At the same time, I would suggest that a longer historical perceptive demonstrates further complexities. One of the first features that a longer view highlights is the murkiness of corruption itself. Thus, while the First Republic (1960-66) was notoriously corrupt—the popularizer of the term ‘kleptocracy’ identified its government as the quintessential example of the form – it is now often remembered as relatively honest. In part, this is because the politicians of the First Republic are far removed from contemporary struggles; they now have few enemies dedicated to remembering their sins. Though scandals abounded at the time, by its nature corruption leaves few definitive traces and is difficult to document definitively. While the First Republic was notorious at the time, it predated Nigeria’s oil wealth. The scope of its corruption appears minor in comparison to that of later years.

My point is not just that outrageous corruption can be sanitized or forgotten with the passage of time. More importantly, corruption itself can only be fully appreciated in cultural and historical context. It is meaningful only with reference to shared norms about good and bad behavior, institutionalized legal frameworks that can determine whether something is legal or illegal. The roughly 250 linguistic groups—which can be taken as ethnic groups, or cultures—that live and lived in what is today Nigeria all have moral codes and ideas about appropriate behavior for powerful people. These persist even as the institutions and legal frameworks within which people operate have changed radically. Ideas of corruption as government malpractice driven by personal interest (as opposed to being sin or transgression, or oppressiveness, to suggest alternative evaluations) are linked to the imposition of the colonial state, a process that began in coastal southern Nigeria in the 1860s and continued through the final military conquests in the early 1900s. This institutional setup existed uneasily alongside diverse local understandings of moral behavior. This mismatch created a situation in which corruption became common and acutely political.

In areas with centralized indigenous states, officials were retained as front-line administrators, but they were often placed on salaries insufficient to meet their traditional political obligations. In other places, local people were appointed as chiefs with no local legitimacy, or institutions modeled on other polities were imposed on peoples who had resisted them up until colonial conquest. This was a recipe for official malpractices, and indeed irregular practices became almost ubiquitous. Territorial officials, judges, and bureaucrats demanded bribes.  Translators mistranslated petitions, and con artists pretended to be soldiers and state officials. State revenues were diverted to private ends, and officials used the powers of their office to take slaves and exploit ordinary people.

Even as colonial government fostered corrupt behavior, the system placed great weight on non-interference in local culture, which precluded disciplining or deposing officials for policy differences. The result was to make charges of corruption one of the few effective disciplinary mechanisms upon officials, and corruption accusations thus became politicized.  Corrupt actions were omnipresent, but corruption erupted into public notice and exacted consequences more rarely. Much changed in the years between early colonialism and the end of the First Republic in 1966. Indigenous “traditional rulers” gave way to politicians elected to office. Government administrations became more bureaucratized. The economy monetized and restructured around the centralized export of a relatively few primary products. At the same time, political authority remained marked by personal expenditure, and power was linked to having resources that could be granted to one’s followers. The incentives for corruption persisted, as did its omnipresence, as did the utility of corruption-accusations as a form of politics.

The Cultural Meaning of Corruption

Ugochukwu Ezeh provides an insight of great value by pointing out the role securitization has played in structuring anti-corruption initiatives. Equally important is his underlining the paradigm’s disingenuousness. Even if corruption contributes to people’s daily insecurity, the crackdowns possible through anti-corruption campaigns would do little to get at the underlying problem. Since democracy did not cause corruption, eating away at democracy is unlike to cure it. At the same time, this insight has its limits. A wider historical perceptive provides critical caveats. First, even though actors use the term “corruption” as if it has a clear referent, corruption cannot be considered a straightforward, universal malady analogous to an objective act like homicide, or a dysfunction analogous to an objective disease like measles. Corruption is not like that.  It is murky, a charge that is often contested. Obviously, bribes are demanded, money diverted, decisions made improperly. But as the sociologist Peter Ekeh has influentially argued, different moral codes can and do co-exist, operating in tandem. In a context like Nigeria, where accusations of corruption are an integral part of politics, this creates an almost insurmountable tangle of ambiguities. Corruption does not just persist despite efforts to contain it; corruption takes on meaning through long-term and historically located efforts to eliminate it. Corruption cannot be disentangled from anti-corruption, which cannot be disentangled from the social, cultural, and historical contexts in which it occurs.  A better analogy for corruption would be pornography—which is both instantly recognizable and socially located, contingent. Securitization has been an important tool structuring recent forms of anti-corruption. The problem, however, is not to find the best way of combatting it. Even though corruption is contributing to Nigeria’s wide panoply of troubles, it is symptom much more than cause. When the coup plotters killed Nigeria’s prime minister and the head of his political party, along with the federal minister of finance and a political ally who headed the Western Region, all in the name of ending corruption, that was only part of the story. There are ethnic and political stories one can tell about that coup, and stories that center on politics within the armed forces.

More recent political history does not demonstrate that corruption arises from civilian governance, nor that military rule combats it. The military regime that took power six months after the January coup was itself deposed in 1975 having lost considerable legitimacy after a series of corrupt procurement contracts diverted half the world’s cement supply to the Port of Lagos, clogging it for a year.  The rabidly disciplinary regime of General Muhammadu Buhari, which among other adventures declared war on women for their criminal behavior, was very delicate in prosecuting many of the officials of the Second Republic despite almost slapstick corruption. The leaders of subsequent military regimes became famous for their self-enrichment.  The question to be asked is not how one can wipe out corruption, or whether democracy is an appropriate form of government for Nigeria. The question to be asked is how politics and the economy can be structured so as to bring the incentives for political consensus and success into alignment with the requirements for rational policymaking and superintending the Nigerian economy.  To put it another way, the problem is not so much that corruption has been securitized.  The problem is that anti-corruption is always partial and episodic, and that it is a political weapon. To the extent that corruption remains a political necessity, that problem will be insoluble.

DOWNLOAD PDF
LICENSED UNDER CC BY SA
SUGGESTED CITATION  Pierce, Steven: The Changing Culture and Perception of Corruption: The Many Contexts of Corruption in Nigeria, VerfBlog, 2021/12/07, https://verfassungsblog.de/the-changing-culture-and-perception-of-corruption/, DOI: 10.17176/20211208-021954-0.

Other posts about this region:
Nigeria 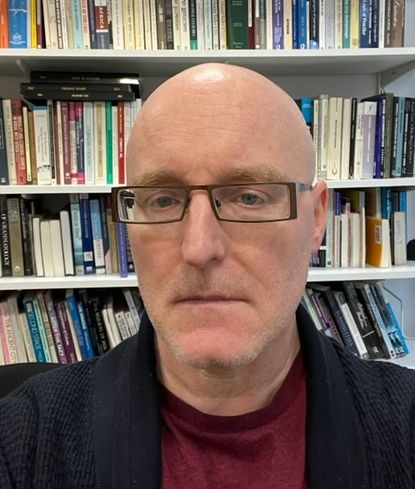 Steven Pierce Steven Pierce teaches history at the University of Manchester. He is Senior Editor for Africa of Comparative Studies of South Asia, Africa, and the Middle East.

Other posts about this region:
Nigeria No Comments Join the discussion