The Choice of Paradigms in Political Economy: A Primer for Lawyers

Contribution to the online symposium on Poul F. Kjær (ed), The Law of Political Economy: Transformations in the Function of Law (CUP 2020)

What comes after neoliberalism? And why does this matter to lawyers? The backdrop for these questions is Duncan Kennedy’s portrayal of three paradigms of legal thinking, which successively gained influence across the globe. The first was classical legal thought, which rose to prominence in the second half of the 19th century and matched ideas of economic liberalism and laissez-faire. The second was socially oriented legal thought, which developed from the beginning of the 20th century and conceived of law as a regulatory instrument to advance social reforms. The third paradigm, which emerged in the second half of the 20th century, is referred to as neoformalism and could be termed neoliberalism as well, reflecting the related turn in economic thinking, law and policy-making.

Whereas the turn to ‘the social’ entailed a politicisation of law and the juridification of social life, the (re)turn to liberalism was marked by the judicialisation and constitutionalisation of political claims: privileges or benefits granted by the state turned into individual rights protected by courts and constitutional authority. At the same time, neoliberalism is linked with a redefinition of the role of the state through privatisation, deregulation and new modes of governance, often depicted as soft law, and underpinned by the new formalism of law & economics.

Given ongoing critique and crises of the neoliberal economy, one may indeed wonder whether a new paradigm is on the rise, which could transform the economic order, change the function of law, and reshape economic and legal thinking. Of course, this is largely a political question. In this contribution, I will take a step back and discuss what is available in academia to shed light on the role of law in the political economy. Mapping the field is important to gain orientation about alternative ways of thinking, which translate into different kinds of practice, and helps legal scholars and professionals understand their role in the game.

The edited volume which this symposium takes off from emphasises the legal perspective: How does the political economy take shape in the law? How is it constructed in legal scholarship? I will move beyond legal discourse and offer a fairly schematic overview of different paradigms within the interdisciplinary field of political economy. Whether a paradigm shift is pending or whether it is more likely that there will only be a readjustment in existing patterns of thought can better be assessed by knowing what is on the menu.

According to Kjaer, political-economic discourse is divided between affirmative and critical accounts of the economic order. Bartl claims the same for legal discourse: overall, “law and legal discourse tend to support, rather than subvert, the tenets […] of socio-economic organisation”. This is because law and economics would already share a certain pre-understanding of how the political economy can and should be organised and what the respective roles of the market, the state, and the law should be. Whether or not one shares this dichotomising view, it is important to notice that economic scholarship harbours different paradigms with different political implications. Given the dominance of certain ways of thought, so called ‘mainstream economics’, it is likely that many lawyers will only be acquainted with a specific perspective and know little about alternatives. However, if the role of law in political economy is, indeed, a constitutive one, it matters what lawyers and legal scholars think about the nature of the beast.

In common parlance, law is often equated with regulation, or state intervention. In neoclassical economics, such intervention is only justified in cases of market failure. However, how do markets come into being in the first place? Economists know as much as lawyers that law also has an enabling function. Economic activity rests on legal support structures (or some functional equivalent). Ordoliberalism envisions a private law society framed by competition law. A third dimension of law is, perhaps, more acknowledged by lawyers than economists and also relevant to socio-legal and socio-economic scholarship: the constitutive function of law, which is coextensive with its facilitative and restrictive functions. Edelman and Stryker refer to the legal “concepts, definitional categories, labels, and ideas that play a subtle and often invisible role in how economic actors […] come into existence, organize their activities and relationships, and arrange their governance”. Law provides a cognitive infrastructure for how we conceive of economic activity; it defines and constitutes possible subjects, objects, and terms of transaction. These categories are usually taken for granted, and it becomes hard to think ‘outside the box’.

In his contribution to the volume, David Kennedy lists “credit, property, money, capital, labour, citizenship, sovereignty” as examples. Most of these legal fictions are already shaped by economic thinking, or some interaction between law and economics. Kennedy highlights the work of “globally oriented legal élites” in “developing the philosophical, doctrinal and institutional tools that strategic actors use every day around the world to pursue their interests”. This perspective complements an earlier study of how the international political economy is conceived in different legal disciplines, which all have their blind spots and biases. For the turn of the 21st century, Kennedy speaks of “a grab bag of diverse ideas about what law is and how it functions”. Accordingly, law could be mobilised for anything, but not everybody has access to the expertise and leverage of legal élites. The global economic order is not neutral but, in many ways, partial and unjust.

In line with the tenor of the edited volume and the majority of its contributors, I want to emphasise the need for a more independent angle in legal scholarship, which is informed by social theory and the sociology of knowledge and helps to put both law and economics into perspective: as professional practices and as scholarly disciplines. To use a little bit of jargon, what is needed is a critical and self-reflective point of view, from which the knowledge-claims of different paradigms or disciplines can be assessed in comparison to each other and with regard to their normative implications. My focus is on the science of political economy, which has to be carved out first.

Political economy is ambivalent as a term, and one cannot immediately recognise whether it refers to a sphere of reality or to an analytical perspective. Elsewhere, the distinction seems clear: economics is a discipline whose subject matter is the economy. Political science aims at polity/politics/policy, sociology at ‘the social’. In contrast, political economy is both a field of intersections between economic and political institutions, processes, and actors, and a discipline interested in this subject matter. But this is not all about it. Some would argue that it is not the subject matter that defines a discipline but its methodology. Accordingly, it is the economic approach – to everything – that characterises economics. This is usually equated with the rational choice model or the concept of utility maximisation. Against this backdrop, political economy could either be understood as an extension of the economic approach to matters of politics or as an alternative to the economic approach that is richer in political analysis, e.g., regarding relations of power.

Political economy has a long pedigree. The concept was coined in the 17th century to describe the interplay of the government and the economy. It gained prominence in times of mercantilism, but it is still better known for its subsequent use in classical and critical political economy. Classical political economy promoted liberal principles for ‘the wealth of nations’ and thus paved the way for the modern discipline of economics. In contrast, critical political economy brought relations of power and inequality to the fore to account for the negative repercussions of the industrial revolution. In the 20th century, the attribute of the political lost importance in the definition of the economic discipline. In neoclassical economics, the role of the state is effectively sidelined. Some basic functions are taken as given to ensure the workings of the markets. In recent decades, political economy became a popular label for all kinds of enquiry compensating for this negligence. But it remains a heterogenous field with different research orientations.

A major distinction that helps structuring the field is between political economy as an extension of the economic approach and political economy as a subject matter characterised by interactions of states and markets. The first category includes all research that adapts the rational choice approach, or models of utility maximisation, to issues of the state, politics, and the law, or the ordering of the economy more specifically. The second category gathers research that considers the interaction of states and markets as constitutive of the economic order, yet as changeable and contentious, which makes it a subject matter in its own right.

Following a distinction relevant to causal explanations, legal institutions can be conceived as dependent or independent variable. In the economic approach, law is understood as the result of individual decision-making, strategic interaction, and the aggregation of interests of actors of different kind: voters, politicians, stakeholders etc. In this context, law is considered as a dependent variable. At the same time, law can also be considered as an independent variable. This is the case when it is conceived as enabling or restrictive condition for economic activities, which ideally promotes economic growth but may also hinder it. Sometimes, law is being ‘naturalised’, suggesting that property, morality, and punishment are universal or innate. Here, liberal thinking merges with behavioural and evolutionary approaches. Accordingly, law is rooted in human nature and reflects the natural propensities of our species, even though it is obviously also culturally reinforced.

In a range of other approaches that go beyond rational choice and its institutional and behavioural extensions, the focus is on how states and markets interact in different historical and cultural contexts. This includes comparative perspectives from sociology and political science but also some schools of economic thought outside mainstream economics. While one may still analytically distinguish between law as a dependent and an independent variable, a core insight of this more pluralistic field of scholarship is the mutual constitution of the economy and its polity. Emphasis is put on the intertwinement of economic, political, and legal factors in institutionalising the modern capitalist system, in accounting for its different national or regional varieties, and in explaining its development over time, be it over decades or centuries. This brings the contingency and changeability of economic order to the fore. In such approaches, little is simply considered as natural, or given.

Why does it matter which paradigm or approach one chooses to discuss the law of political economy? For many economists, law provides a neutral framework that creates predictability for economic actors, while everything else is taken as given (e.g., the initial distribution of resources). What they miss out is that law also serves as a cognitive infrastructure that reflects the historical, political and cultural contexts in which it developed, that shapes our ways of thinking about political-economic issues, about what is right and wrong, good or bad policy, and that makes us take certain concepts and ideas for granted, as if they were facts out there, and forget about alternative possibilities to conceive of economic and social relations. To be able to recognise the biases inherent to the law, its implications for the definition of problems and the range of imaginable solutions requires, if not a paradigm shift, so at least the ability to switch between paradigms, that is, not only to consider approaches in the first category above but also the second one.

DOWNLOAD PDF
LICENSED UNDER CC BY NC ND
SUGGESTED CITATION  Frerichs, Sabine: The Choice of Paradigms in Political Economy: A Primer for Lawyers: Contribution to the online symposium on Poul F. Kjær (ed), The Law of Political Economy: Transformations in the Function of Law (CUP 2020), VerfBlog, 2020/9/02, https://verfassungsblog.de/the-choice-of-paradigms-in-political-economy-a-primer-for-lawyers/, DOI: 10.17176/20200902-183331-0. 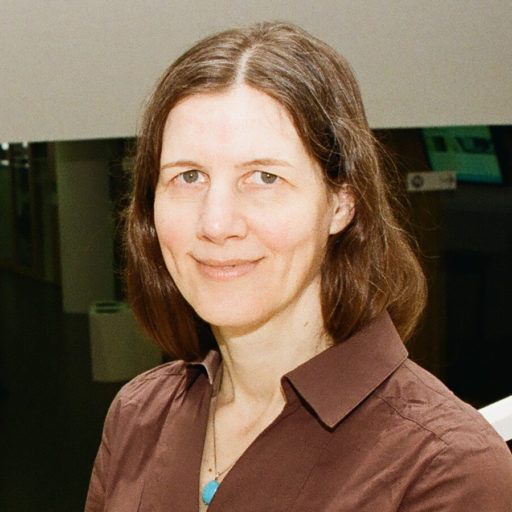