The CJEU’s headscarf decisions: Melloni behind the veil?

On 14 March 2017, the Grand Chamber of the Court of Justice (CJEU) handed down two landmark judgments on the Islamic headscarf at work. The twin decisions, Achbita and Bougnaoui, were eagerly awaited, not only because of the importance and delicacy of the legal issues the cases raised, but also because the Advocates General had reached different conclusions on those issues in their Opinions.

On the surface, the questions the CJEU was called on to decide merely concerned the interpretation of the prohibition of religious discrimination laid down in the Employment Equality Directive 2000/78. To begin with, the Court had to determine whether a (private) company rule prohibiting the wearing of visible religious signs, such as the Islamic headscarf, differentiates directly or indirectly between employees on the basis of their religion or belief. The Court ruled that such a difference of treatment is based directly on religion or belief, unless the ban also applies to visible signs of non-religious convictions, most notably political and philosophical beliefs (Achbita, §§ 29-32; Bougnaoui, §§ 31-32 and 34).

In a second step, the Court had to consider whether any such differential treatment could be justified under the Employment Equality Directive. As regards a difference of treatment that is based directly on religion, the Directive allows for only one, rather peculiar ground of justification: the characteristic related to religion must constitute “a genuine and determining occupational requirement” (art. 4(1)). According to the Court, the mere willingness of an employer to take account of a customer’s wish not to be served by a worker wearing an Islamic headscarf, cannot be classified as an occupational requirement in the sense of the Directive (Bougnaoui, §§ 40-41).

However, when it comes to a difference of treatment that is only indirectly based on religion, the Directive is more lenient. Such a difference does not constitute religious discrimination if it is “objectively justified by a legitimate aim and the means of achieving that aim are appropriate and necessary” (art. 2(2)(b)(i)). A matter of major dispute in the cases under review was whether the pursuit of a corporate policy of “neutrality” in relations with customers could be qualified as a legitimate aim. The Court answered that question in the affirmative, subsuming such a desire under the freedom to conduct a business entrenched in Article 16 of the Charter (Achbita, §§ 37-39; Bougnaoui, § 33).

Whether a company rule prohibiting visible political, philosophical and religious symbols in the workplace is also proportionate to that aim is, of course, a separate issue, which is ultimately for the referring courts to ascertain (Achbita, §§ 40-44; Bougnaoui, §§ 32-33). Yet the national courts were not sent away without any guidance from the CJEU. For the ban to be proportionate, it must be applied in a consistent and systematic manner (Achbita, §§ 40-41), and be restricted to workers who interact with customers (Achbita, § 42). Moreover, if an employee insists on wearing the Islamic headscarf at work, the employer must consider offering her an alternative job within the company. Dismissal could only be the ultimum remedium (Achbita, § 43).

Undoubtedly, several substantive aspects of the CJEU’s reading of the concept of religious discrimination in the Employment Equality Directive provide, in and of themselves, fuel for debate. Yet Achbita and Bougnaoui also raise questions of a different, more institutional sort, which exceed the realm of that particular directive. Those questions are the following: Is it for the CJEU to resolve any ambiguity or silence in EU legislation, even if the Member States profoundly disagree amongst each other on the interpretation of the relevant legislative terms? If so, how should the Court determine the correct interpretation of the law? It is on these questions that I would like to elaborate in this post.

Let me begin by stating the obvious. The wearing of religious apparel in public is a source of great contention in Europe. EU Member States differ markedly in their relationship with religion. For one thing, the degree of religious diversity varies significantly amongst EU Member States. Whereas countries such as Cyprus, Greece, Italy, and Poland are extremely homogeneous in terms of religious identity, things are quite different in, for instance, Belgium, the Netherlands, France or the UK. For another, also the values and traditions undergirding a State’s approach to the religious diversity of its inhabitants display a wide degree of variety, ranging from stringent principles of secularism and “State neutrality” in France and Belgium, to tolerance in the Netherlands and the UK.

Against this backdrop of immense national diversity in an area of great sensitivity, one might intuitively expect a supranational court to afford a wide margin of appreciation to the States in deciding under what circumstances and to what extent a ban on the wearing of religious apparel is compatible with higher legal norms. In any event, that is, for the time being, the path the European Court of Human Rights has chosen (e.g. Leyla Şahin, § 109; S.A.S., § 129; Ebrahimian, § 56). The idea behind the Court’s self-restraint is that national authorities have direct democratic legitimation, and are in principle better placed than an international court to evaluate local needs and conditions. However, a similar hands-off approach was seemingly off-limits to the CJEU in Achbita and Bougnaoui. The EU itself had regulated religious discrimination in the workplace. Consequently, unlike the European Court of Human Rights, the CJEU did not have subsidiary jurisdiction, but needed to clarify the meaning of a piece of EU legislation. Playing the secondary role of an international court was therefore no option for the CJEU. It had to take up the starring part, acting as the Supreme Court of the EU legal order.

Given its role as ultimate interpreter of the Employment Equality Directive, it seems axiomatic that it was for the CJEU to lay down, in an autonomous and uniform way, the correct meaning of religious discrimination under the Directive. At least, that is how the Court normally proceeds and, unsurprisingly, also what it did in its headscarf rulings. Thus it came that the CJEU determined, for the entire EU and in considerable detail, the correct balance between the two individual rights that were implicated, that is, the right not to be discriminated against on the basis of religion and the freedom to conduct a business. Admittedly, the application of the equilibrium to the facts of the two cases was left to the national courts, but all relevant questions of law were comprehensively and uniformly decided by the CJEU itself.

Was this the only possible way forward for the CJEU? I am not convinced that it was, even though it is often regarded as self-evident that it is for the CJEU, and for the CJEU alone, to resolve ambiguity or silence in EU legislation, absent any express statement to the contrary in the legislation. Another option could have been for the Court to leave the ultimate decision on the balance between the right to non-discrimination and the freedom to conduct a business to the Member States, thus enabling each State to choose the rights equilibrium that best fits its own values and traditions. For instance, the Court could have deferred to the national authorities the decision as to whether private companies can legitimately pursue an identity of religious neutrality and, if so, under what circumstances a ban on the wearing of visible religious symbols is proportionate to that end.

Would such a deferential attitude on the part of the CJEU have been desirable? Perhaps. Surely, it would have come at a cost, most notably at the cost of the uniform application of EU law and of legal certainty, which are important goods. Yet the “correctness” approach chosen also comes at a price, certainly in a field like this, where the stakes are high and national identities diverge markedly. It risks leaving many States unsatisfied, because they themselves would have accorded greater weight to one of both colliding rights. Following the CJEU’s Melloni-doctrine, national authorities and courts will no longer be free to apply higher national standards of rights protection to similar headscarf cases, for doing so would compromise “the primacy, unity and effectiveness of EU law”.

Thus, for instance, a Dutch or a British judge could no longer decide that a private undertaking cannot, in principle, justify a ban on visible signs of belief on grounds of corporate neutrality. Nor could a national judge subject such a corporate dress code to a more stringent proportionality review. The CJEU has determined the correct balance between non-discrimination and the freedom to conduct a business for the entire Union. The fact that CJEU’s headscarf rulings closely fit the traditions prevalent in the States where the proceedings originated, Belgium and France, may disguise this, but higher national standards of rights protection will henceforth need to give way to the test laid down in Achbita and Bougnaoui.

Yet let us assume, for the sake of argument, that the CJEU was right to resolve the present conflict of rights uniformly for the entire Union. The next question then becomes: What rights standards should guide the Court, lacking common constitutional traditions on the matter? The maximum standard of protection found in any of the Member States or, on the contrary, the minimum standard? Or should the CJEU simply conform itself to the standard developed by the European Court of Human Rights? It seems that the CJEU sought to occupy a sort of middle position. It took the relevant jurisprudence of the European Court of Human Rights as a starting point and therefore accepted that private companies may, in principle, prohibit the wearing of visible signs expressive of personal beliefs for the sake of projecting an image of neutrality. Yet the CJEU subsequently added to this a range of specific conditions that must be fulfilled for the corporate ban to be proportionate. Is this standard of protection satisfactory? Reactions are mixed, but it is clear that the disappointment is much greater on the side of human rights organisations and equality bodies than on the side of employers.

In conclusion, the CJEU’s rulings in Achbita and Bougnaoui are not just about the Islamic headscarf and conflicting individual rights, but also about the relationship between the Court and the Member States in the interpretation of EU legislation. Their institutional implications therefore far surpass the headscarf debate. 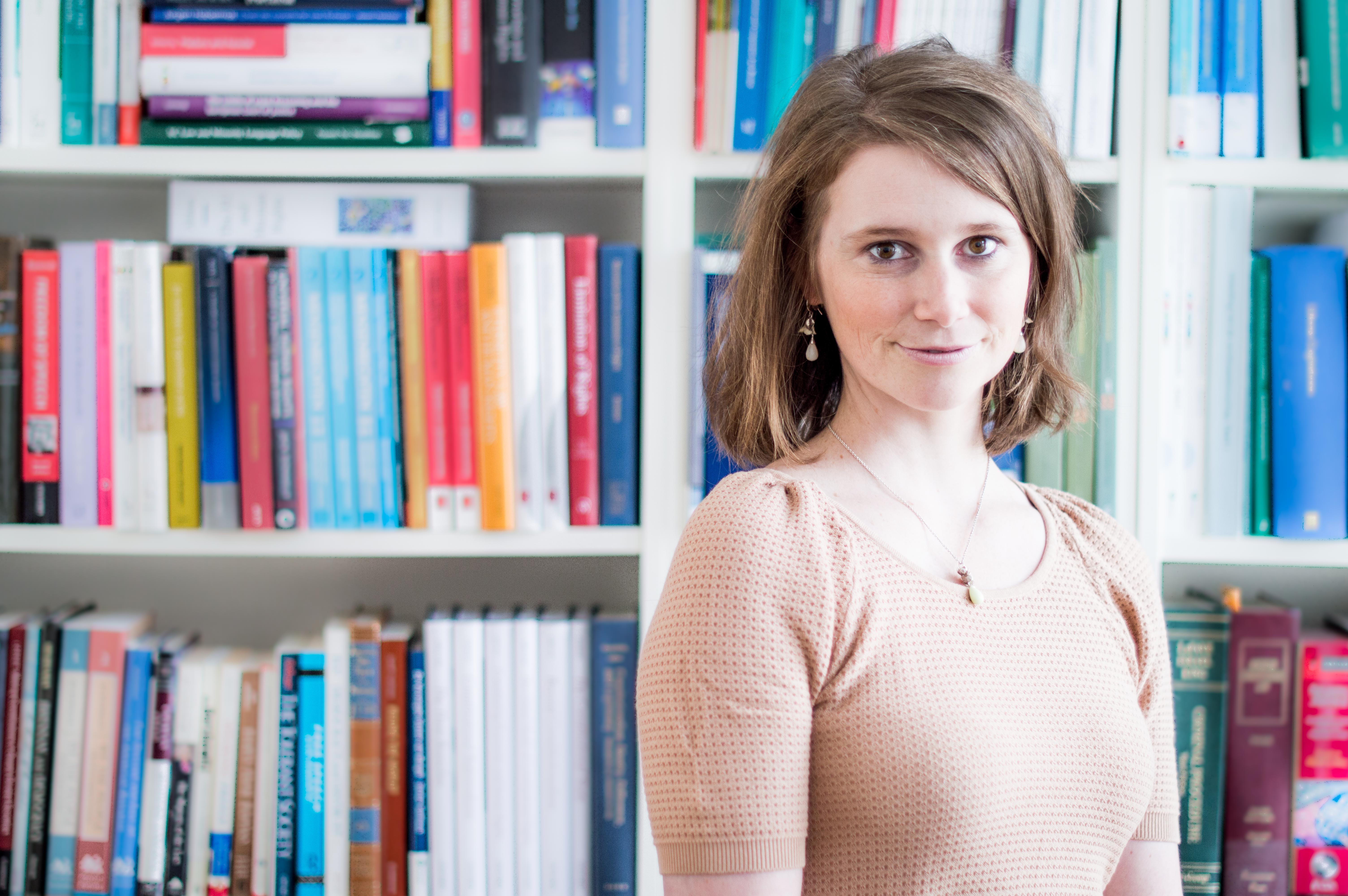 Elke Cloots Dr. Elke Cloots is a post-doctoral researcher at the University of Hasselt.