The Constitutional Theory of the Firm and Varieties of Capitalism

Precarity and the fictional firm

In a testimony before Congress in 1997 the former Fed chair Alan Greenspan addressed the problem of persistent job insecurity during that boom, a claim hotly contested by Wall Street “experts” at the time. Flash forward two decades and economic insecurity and the precarization of work, coupled with resentments against “other people” (refugees, migrants, and welfare “scroungers”) for using up purportedly scarce public funds, have powered the ominous growth of xenophobic Far Right populist movements. Guy Standing’s book The Precariat: the New Dangerous Class is a remarkably prescient analysis of the development over many decades of a class of workers with extremely precarious jobs and the dangers that such a condition poses for social stability.

The neoliberal policy framework that has powered labor market instability is the outcome of the neoclassical theory of value creation which rests on a particular approach to investment. In the neoclassical view, all value creation is subjective based on individual utility maximization. Anytype of market activity involves value creation and “deregulation” of markets advances social utility. As neoclassical textbooks argue, the “representative individual’s” consumption preferences determine savings and the business enterprise is treated as a passive intermediary that transmits the savings into investment via the loanable funds market. According to this framework, tax cuts to promote savings and thus investment coupled with the creation of “competitive” markets constitute the sine qua non for increasing jobs, wages, and long-run growth.

And yet what does “competitiveness” mean? In neoclassical economics highly “competitive” markets are populated by small passive price-taking firms which, while they are assumed to invest and grow, do not engage in product differentiation or strategic behavior vis-à-vis rivals. This fantastical model of perfect competition ensures flexible prices which underpin general equilibrium theory and the laissez faire project. It persists in standard economics teaching despite scathing criticisms by major authors such as Friedrich Hayek, Joseph Schumpeter, P.W.S. Andrews of the Oxford Economists’ Research Group (OERG), and others.

Profit-maximizing behavior in the neoclassical firm involves equating the marginal cost of production with the marginal revenue of the output. The independent marginal revenue and marginal cost curves produce the supply and demand curves which are at the heart of general equilibrium theory. However, these independent supply and demand curves are not theoretically possible as major economists such as Piero Sraffa and P.W.S. Andrews discussed. For example, Sraffa argued that if increased production of a good X (say some type of agricultural product) raises some of its input costs (say of land), then the input costs of complementary products will rise as well. This would affect the latter’s supplies and prices and, in turn, affect the demand for X.

A constitutional theory of the firm

Andrews’ framework is used in this post to develop what I call a constitutional theory of the business enterprise (“small c” constitutionalism as in Christine Desan’s or Sabeel Rahman’s work), i.e. a firm which is embedded in the governance structure of society. On the basis of survey work Andrews argued that all real-world firms set prices in a strategic manner by differentiating their products and attempting to lower unit production costs by exploiting economies of scale. Of course, neoclassical economics does recognize strategic pricing behavior but then relegates it to a sub-set of firms called “oligopolies” which are said to constitute “market failure.” Not surprisingly, business management textbooks do not use neoclassical pricing theory to describe real world businesses. And practicing business people do not use this theory either as Andrews emphasized.

In line with the practices of real-world firms Andrews’ framework concluded that all firms attempt to set prices on unit costs and attain target rates of return to finance investments. This price-setting behavior has nothing to do with any putative “monopoly power” (a key index in neoclassical economics of the deviation from perfect competition) since Andrews was careful to emphasize that all firms attempt to set prices on the basis of threats from actual and potential new competitors. As the distinguished institutional economist Gardiner Means argued, price-setting occurs in highly competitive industries. Needless to say, not all firms have equal capacity to set the prices that they want; clearly at any moment in time the lowest-cost producers will have a competitive advantage vis-à-vis higher cost ones. Consider for example the Chinese solar panel producers who currently set the industry’s benchmark price.

In contrast to neoclassical models, but in keeping with Keynes and Veblen, Andrews related firms’ price-setting behavior to their investment plans where the latter was seen to be a function of expected profits. Thus, the firm attempts to be a going concern, a term coined by John R. Commons, i.e. it attempts to be financially viable by recovering costs so as to generate adequate cash flow. Because of the time gap between current contractual obligations, such as debt service payments, and future revenues, no firm can afford to be a passive price-setter. In other words, such a view of the firm emphasizes the monetary nature of the economy whereas in general equilibrium theory the economy is fundamentally seen as driven by barter. The money-centered view also implies that just as money has a political and legal foundation, so do business enterprises.

A focus on the expectation of profits raises the question: how does one model expectations? Both Keynes and Frank Knight distinguished between risk and uncertainty,where the latter is fundamentally incalculable and a function of legal and political context. Thus, in contrast to neoclassical models, firms may not automatically reinvest savings (say from tax cuts) in long-term fixed investments and R&D activities, all of which may have unknown future rates of return. Given how capital assets are coded, the savings could equally well be invested in short-term assets such as junk bonds, derivatives, and real estate with higher rates of return. They could also be used in share buybacks. There could thus be a “savings glut”, a situation that Lawrence Summers and Ben Bernanke pointed out over a decade ago in regard to the US economy. The savings glut meant a relative stagnation of long-term fixed investments and R&D relative to savings, with consequential impacts on stable well-paying long-term jobs.

Varieties of capitalism and legal realism

One major conclusion follows from the constitutional theory of the firm. At its core this theory provides another example of the Legal Realist view that the private and public spheres are enmeshed. In this perspective, politics acting through the law is constitutive of the economy and its institutions, such as the business enterprise. Following Ruth Dukes one would thus have to reject the pre-political nature of labor markets, thereby implying that labor relations could be restructured in a more progressive manner. Following the analysis of this post, and as Dukes argues, labor relations are conflictual and corporations are fundamentally political creatures who have always attempted to structure the legal and political foundations of the economy so as to further their investment activities. Thus, corporations will generally oppose progressive reforms, especially if they raise costs.

On the other hand, political pressures for reforms are important given that business history is rife with examples of important progressive social and labor gains in different varieties of capitalism. Consider the fact that the state has always played a central role in promoting industrial development, including financing long-term activities such as basic research that corporations are generally leery of investing in given their uncertain or unknown future commercial viability. Such fundamental politically-determined and legally-based inputs into business investment could be tied to laws that discipline corporations in new ways that benefit labor and the larger society. After all the landmark environmental and consumer rights laws of the 1970s quite successfully disciplined industry because of larger governance goals of society. Or consider some of labor’s crucial achievements in business/labor history. One could use the same logic to deal with the question of labor market insecurity. Such a new direction in regards to social and labor policies would require a jettisoning of not only legal formalism but also the neoclassical theory of the firm. Value creation by private firms, contra Hayek rests fundamentally on a political and legal foundation that is not immutable. This way of conceptualizing the production of value suggests that it could be restructured toward more progressive goals. Margaret Thatcher’s TINA (“There Is No Alternative” to “free markets”) was an intellectually empty slogan. 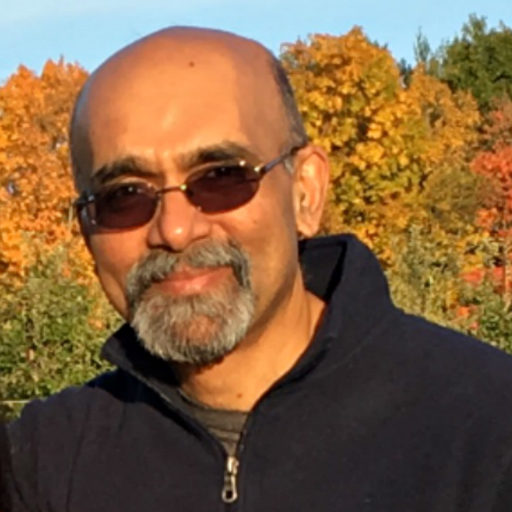 Jamee K. Moudud Jamee K. Moudud, Professor of Economics, Sarah Lawrence College and Board Member, Association for the Promotion of Political Economy and the Law (APPEAL).