The “Contamination” of EU Law by Informalization?

The Court ruled in C-28/12 on so-called hybrid acts, namely acts in the form of a decision by the Council and the Member States representatives in a Council meeting to agree on the signing and provisional application of a mixed agreement. The Air Transport Agreement with the US formed a mixed agreement that required ratification by the Member States and the EU. At the Council meeting, this decision was merged with the decision by the Member States representatives to commit to apply the agreement in the meantime provisionally. The Commission attacked this hybrid act because it “contaminates” the supranational procedures under the EU Treaty, especially the treaty-making procedure (Article 218 TFEU) and institutional balance (Article 13 (2) TEU). Concretely, the part of the decision concerning the Member States was adopted by consensus while the decision-making in Article 218 (6) TFEU foresees qualified majority. The Court came to the same conclusion, stressing that the rules under the EU Treaty are not at the disposal of the Member States or the institutions and the act involved elements of supranational and intergovernmental nature that breaches Article 218 TFEU and Article 13(2) TEU. This decision had to be annulled, but undoubtedly this Member States practice still prevails informally through the use of informal or soft acts.

“Contamination” of EU Law by Informalization?

The above example demonstrates that the EU is an autonomous international actor independent from its Member States, but it is tied up internally by its institutional procedures and restrained by its attributed powers. This governance system requires complex and time-consuming negotiations within the Union and with its international partners, which might end up in Court (Singapore, CETA Opinions) or delay ratification (Istanbul Convention). The EU’s painful practice concerning treaty-making (with complicated rules, extensive case law and long negotiations of often comprehensive mixed agreements) is clearly not fit for purpose in times of crisis. Informal bilateral instruments form a quick fix, combine political commitments with technical implementation and policy instruments. They are tucked away from procedural rules and competence issues. Since the 2015 migration crisis, we are in the heyday of informalization of bilateral tools – the EU and its Member States employ jointly, complementary and concurrently informal readmission arrangements and other “hybrid” instruments to secure the EU’s borders. These arrangements with third countries include financial and practical incentives (visa facilitation, structural and financial support) to nudge neighbouring countries into collaborating with the securization of EU borders and migration management.

The most notorious examples in recent years are the 2016 EU-Turkey Statement and the Joint Way Forward on migration with Afghanistan. Soft law tools fall broadly into two categories: they either substitute an international agreement; or they prepare and/or implement international obligations. The two instruments mentioned here fall into the first category but their content contains a mix of political, legal and administrative commitments that further link up to legally binding tools and policy instruments. The informalization might be politically or pragmatically necessary because no international agreement can be concluded. Alternatively, soft bilateral arrangements – of the second category – do not require a binding format under international law because the arrangements are more of a technical or administrative nature, incorporating an administrative or executive cooperation. The 2016 Commission Communication establishing a new Partnership Framework with third countries under the European Agenda on Migration highlights that these informal instruments form “comprehensive partnership with third countries, a coherent and tailored engagement where the Union and its Member States act in a coordinated manner putting together instruments, tools and leverage to reach comprehensive partnerships (compacts) with third countries to better manage migration.”

But are these soft bilateral tools also legal and in line EU primary law? The question of the legality check concerning soft law tools could arise regarding their institutional frame and their content, namely whether these deals substantially comply with human rights standards and the rule of law. Here we focus on the former and borrow from the argumentation in Case C-28/12 mentioned above as to whether and how far the bilateral informalization process contaminates EU procedures and breaches EU institutional rules.

The Court has only set very broad guidelines; soft law acts on behalf of the Union with third states cannot escape the legal framework of the EU entirely and remain reviewable under the annulment procedure; they have to be in line with EU institutional balance and competences (second France v. Commission and MoU cases). But in these cases the Member State or Council challenged the Commission’s practice and room to maneuver, as the examples of adopting guidelines with the US administration on transparency in trade  (France v. Commission case C-327/91) or negotiating a MoU with Switzerland on its financial contribution to the extension of the internal market (MoU) attest to. Under these circumstances, the Commission has to act within its specific mandate and it has to seek endorsement of its action by the Council and inform it continuously. However, if the Commission, Member States and the European Council collaborate as it appears in the EU-Turkey Statement, this could pose the question whether Member States or the European Council are allowed to seek refuge in intergovernmental instruments. However, it is not illegal to agree on political commitments, not binding under international law, outside the framework of Article 218 TFEU. As earlier case law (Parliament v. Council C-316/91 and Pringle C-370/12) has confirmed, Member States can enter into binding (and consequently non-binding) commitments outside the EU Treaties and entrust tasks to EU institutions provided that the essential character of the tasks of EU institutions is not changed and exclusive EU competences are not infringed. Nevertheless, this practice could violate intra-institutional relations, especially in the light of the treaty-making powers of the European Parliament. Or taking the Joint Way Forward with Afghanistan as an example, when both the EU and its Member States (Germany, Sweden for example) engage side-by-side in soft deals on readmission, does this constitute a breach of the competence divide and the principle of pre-emption (Art.2(2) TFEU)? Unfortunately, hybrid deals do not lead to straightforward answers.

Article 218 TFEU contains a detailed procedural norm on the institutional balance arising between Commission/High Representative, Council and European Parliament. Every institution is assigned a role and the agreements are published in the Official Journal. The European Parliament is installed with comparable rights as when legislation is adopted (including an overarching information right) and the agreements can be reviewed by the Court. Bilateral soft law tools lack any detailed procedural rules, Article 218 TFEU does not apply, and only more general norms in the Treaty on external representation are applicable. As explained above, institutions and Member States are not prohibited from employing soft law arrangements as long as the institutional balance is respected. But the general norm of institutional balance (Article 13 (2) TEU) remains an ill-defined principle which is often understood as balancing different interests and no clear-cut rule on separation of powers applies. Instead, and even more in the sphere of EU external relations, the institutional balance interpretation by the Court focusses on the specific distribution of tasks assigned to the institutions. But the general power to steer these external policies remains with the Council and the European Council and no Treaty norm dictates which procedure applies. So how far can treaty-making procedural rules be “exported” to bilateral informal acts, especially in the context of bilateral arrangements which have a not so well-hidden purpose of substituting a binding international agreement?

Soft law measures adopted by institutions are inconsistently published and the EP has no privileged access to these documents. The Memorandum of Understanding with the League of Arab States, a soft law tool adopted to enable cooperation in combating terrorism and signed by the High Representative in 2015, has not been  publicly available via the EEAS register for a long time and the appeal by the EP to publish its content for the sake of democratic and judicial oversight remained futile. The EP as the natural advocate for transparency should, however, have privileged access to soft law instruments which replace international agreements. The Mauritius and Tanzania rulings (C-263/14) on CFSP agreements stressed this constitutional right in light of exercising democratic control, consistency in EU action and verifying the correct legal base. In the context of non-treaties however, this constitutional information right can only be enforced through institutional practice and secured by the successful negotiation of an interinstitutional agreement covering consistent procedures for informal agreements.

The Court does not speak of a legal basis when external relations soft law acts are concerned.  Most of the acts adopted by the Commission will refer to their general legal mandate to act externally under Articles 17 TEU and 220 TFEU. But it is rather logical that the EU actors need to provide a legal mandate to justify whether they act within their institutional powers and EU competences. Consequently, these measures also fall under the competence catalogue and pre-emption. However, it remains difficult to assess how such a constitutional “umbrella” forms a shield against Member States when they adopt their own bilateral acts in the same field – either in the form of soft law measures or binding international agreements. It is even more complex when the institutional actors are kept in disguise or actions of EU and Member States are very much interlinked. In the EU-Turkey Statement, the members of the European Council, the European Commission, the European Union and its Member States  are all mentioned in the Statement which was published as a press release by the European Council. The GC cases on this statement concluded that the instrument in question pertains to be a Member States agreement with Turkey – binding or not (for instance T-257/16). Serious doubts remain regarding this legal assessment (see further Ott) and these rulings only confirm that such informal measures occupy a grey area outside the reach of legal certainty. Mobility Partnerships, as for instance the with Jordan (Joint declarations on Mobility, Migration and Asylum), refer to both the EU and to the Member States as  concluding parties.  Hybridity in this area allows for informal mixity – in which case, either the Member States and the EU engage jointly (Mobility Partnerships), through the European Council (EU-Turkey Statement), or consecutively/in a parallel fashion (Joint Way Forward with Afghanistan) in one instrument. As the above mentioned case law confirmed, only the outer limits of legality are defined when attacking the essential characteristics of EU institutional tasks and breaching EU exclusive competences (Cases C-316/91  and C-370/12).

However, the external dimension of migration is not an area in which the EU has an exclusive competence, but a shared one. In practice, Member States treat the area of Freedom, Security and Justice as a parallel competence – a situation comparable to EU development policy and where both Member States and European Union engage in action. This is also not an issue as long as the Member States coordinate their actions with the Union in order to achieve some unity of international representation and they respect the primacy of EU law. Consequently, the informalization of these international arrangements operates below the judicial and constitutional radar. The ultimate limits set by EU competences and primacy cannot shield from these actions but they need to be, nevertheless, better monitored, especially by the EP as an institutional actors – so effectively containing the contamination (for more details, see Ott, Informalization of EU bilateral instruments: Categorization, Contestation and Challenges, Yearbook of European Law 2020, forthcoming online). 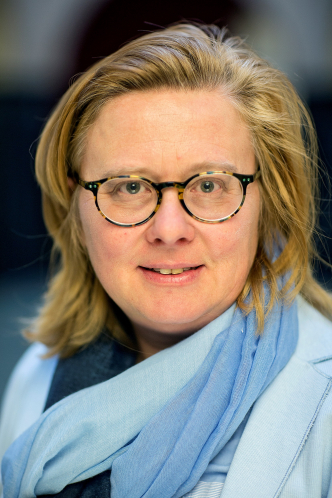