Dubbed as the ‘supreme court of world sport’, the Court of Arbitration for Sport (‘CAS’) is pivotal in interpreting and adjudicating cases involving freedom of expression in international sports. The IOC, FIFA, UEFA and many other international sport governing bodies (‘SGBs’) (and certain national ones) have accepted the jurisdiction of the Lausanne-based institution for the resolution of sporting disputes involving their decisions. Aiming to ‘maintain the order’ (CAS 2007/A/1217), ‘the (written and) unwritten principles of sport’ (CAS 98/200), or generally the ‘image of the game’ (CAS 2010/A/2119); sporting norms along with principles such as fair play, politics-free sport and integrity, pave the way for legal interpretation. In particular, CAS panels have been called upon to determine whether a variety of expressions were compatible or not with the SGBs’ rules; thus, raising fundamental questions concerning the interpretation of a range of expressions in the sporting context. When is an expression political and when is it not? When is it ‘hate speech’? What incites people to violence? How do we define and interpret expressions? Do the medium and space where one imparts an expression matter? In this post, I aim to critically discuss the answers provided by the CAS to these questions.

Some expressions are easy for the CAS to interpret and locate outside of the right to freedom of expression. Consider a father/coach’s pre-tournament outburst against his daughter/athlete concerning the latter’s choice of boyfriends leading to his ban by the Fédération Internationale De Natation (FINA). Unsurprisingly, a CAS panel did not raise the issue of freedom of expression and upheld the disciplinary sanction imposed on the coach/father (CAS 2007/A/1291). Another good example involves cases related to match-fixing, in which individuals are colluding to manipulate the result of the match. Wiretapping records constituted the evidence used in a series of CAS awards in which panels upheld the disqualifications of teams from UEFA competitions (CAS 2013/A/3256; CAS 2014/A/3628). Here, the unlawful and unethical goals of the conversations brought them out of freedom of expression’s protective sphere. Finally, arguably, one can easily determine the political nature of a banner ‘depicting Albanian extremely nationalistic and patriotic symbols’ that was unfurled via a drone in a match against Serbia (CAS 2015/A/3874).

Internal Sport Politics and Freedom of Expression at the CAS

In sport, the fine line between ‘political’ and ‘non-political’ expression is vital because certain expressions could potentially result in disciplinary sanctions or, as in the case of Colin Kaepernick, not employing a person. The rhetoric of politics-free sport and political neutrality enshrined in the constitutive documents of sport governing bodies (‘SGBs’) paves the way for the regulation of ‘political’ expressions. SGBs, despite relaxing their norms and practices, mostly restrict ‘political’ expressions on wider political issues by athletes, coaches, officials and other persons and spectators. Unless explicitly allowed leeway in this matter, as in the case of ‘Rule 50.2 Guidelines – Olympic Winter Games Beijing 2022’, these persons would be liable for their ‘political’ expression within the sporting venue or its environs. Furthermore, clubs could also be liable for their supporters’ conduct due to ‘strict liability’, even if they are not present in the sporting venue (CAS 2013/A/3139).

Although, as demonstrated in the previous section, easy cases appear in CAS jurisprudence, distinguishing between ‘political’ and ‘non-political’ speech is a source of difficulty. Moreover, some political speech remains protected in the sporting context. According to one CAS panel (CAS 2011/A/2452), electioneering for the internal elections of SGBs should be protected. The panel asserted that ‘[…] political speech that ranks foremost in the hierarchy of the rights, embraced the right to freedom of expression protected by Article 10 of the European Convention on Human Rights’. Consequently, the context and subject matter of the expression may lead to its protection.

Despite the protective stance highlighted in the above-mentioned award, the CAS suffers from incoherence. That is, when Japanese and Taiwanese athletes (CAS 2012/A/2912; CAS 2012/A/2913), in contravention to the IOC guidelines, engaged in electioneering to promote their candidacy for the IOC’s Athletes Commission, their freedom of expression did not come to the forefront. The panels indicated that the athletes had infringed the norms of the IOC, and since freedom of association allowed the IOC to set out norms for elections, their expressions could not be protected. The incoherence of the CAS jurisprudence is also visible in the qualification of the content of an expression as political or not. On the one hand, a panel considered that a former General Secretary of the World Karate Federation’s criticism of the association pertained to freedom of expression because the person made it in good faith (CAS 2014/A/3516). On the other hand, another CAS panel did not clearly explicate the role of freedom of expression and good faith concerning accusations of partial refereeing in boxing by an executive committee member of the international SGB (CAS 2010/A/2188).

Further complicating the matter is a CAS panel’s rejection of a coach’s claim of freedom of expression in a case concerning accusations of bad faith in volleyball refereeing in the media (CAS 2015/A/4095). In this case, unlike the World Karate Federation award, the panel did not ask in the first instance if the coach expressed himself in good faith. Instead, the fact that the accusations were unsubstantiated directly led to the sole arbitrator’s upholding a ban on the person. The same lack of coherence in the steps taken by CAS panels shows itself in the CAS’ upholding of the suspension of a Union Européenne de Gymnastique (UEGA) official (CAS 2012/A/3041). Here, the panel concluded that the official’s criticisms of a gymnast’s ‘lack of ability’ and accusations of bribery against the gymnast’s father (the president of the national association) did not fall under freedom of expression. Instead of focusing on the possible bad faith on the part of the official, the defamatory nature of the expression and their impact on human dignity became the primary reasons for confirming the disciplinary sanction.

Finally, another way to mitigate the inconsistent interpretation of the CAS would be to bifurcate expressions as ‘on-field’ and ‘off-field’ expressions. In this scenario, provided that they are not defamatory and are made in good faith, the CAS would protect the latter type of expression. However, the Neymar award (CAS 2019/A/6367) would render the bifurcation incomplete, making this route insufficient. In this case, right after his team, Paris Saint-Germain, was eliminated from the UEFA Champions League, Brazilian footballer Neymar shared his views on Instagram in an expletive-laden post. The footballer posted the expression from the stands, and aimed it specifically at the referees. The sole arbitrator partially upheld UEFA’s resulting sanction, reducing the three-match ban to two matches. The crux of the matter is that the arbitrator based their contentions on UEFA rules regulating on-field conduct against match officials. Although Neymar was present in the sporting venue, they did not address the officials in person. In essence, the arbitrator transposed sporting venue-guided norms to online expressions.

Hate Speech at the CAS

The distinction between ‘hate speech’ and ‘political’ expression constitute another interpretative quagmire. Concerning the former, as one CAS panel noted (CAS 2013/A/3324 & 3369), Croatian supporters’ use of the word ‘cigane’ in a chant may constitute hate speech since the word ‘gypsy’ can be used as pejorative. However, there are also cases where the expression is ingrained in the history and culture of a state or nation. In Josip Simunic v. FIFA (CAS 2014/A/3562), whose facts were also the subject of a European Court of Human Rights case (Application no. 20373/17, Josip ŠIMUNIĆ v. Croatia), the CAS panel argued that the Croatian footballer’s leading the supporters for chants evoking Croatian Nazi collaborators, the Ustaše, just after the team’s qualification for the 2014 FIFA World Cup was unacceptable. In upholding a 10-match ban that practically ruled the footballer out of the tournament, the panel indicated that FIFA could restrict references to the Ustaše regime and fascism.

Similarly, another CAS panel was of the opinion that the adoption of the historical Árpád stripes by Hungarian far-right groups such as the ‘Arrow Cross’ renders the flags bearing it ‘racist’ (CAS 2013/A/3094). The possibility that the flags, which Hungarian spectators unfurled, will be interpreted as racist was reason enough to restrict the expression. Here, accompanying anti-Semitic chants further entrenched the panel’s upholding (but reducing the fine on the national association) of UEFA’s ban on the Hungarian Football Federation to play a home game without spectators. Again exploring the margins of the political expression and hate speech, a CAS panel judged the throwing of an inflatable banana from the stands on an Ivorian footballer to be ‘unintentional racism’ by taking account of the fact that the perpetrator was of Antillean heritage (CAS 2015/A/4256). In suspending the sanction of a match behind closed doors but upholding the fine on the club, the panel posited that even though a ‘reasonable onlooker’ would consider the act racist, the perpetrator’s identity should stop it from being branded as racist.

Finally, a more recent case, again, underlines the importance of the interpreting body. Following the Argentinian Football Federation’s scheduling of a friendly match against the Israeli National Football Team in Jerusalem, Jibril Rajoub, president of the Palestinian Football Association, called on ‘everybody’ to burn the photos and shirts of Lionel Messi. A controversial subject which has been a topic of debate before various FIFA Congresses and the CAS (CAS 2017/A/5166 & 5405), Israeli footballing activities in the (Occupied) West Bank had led to the president’s outburst against the Argentinean footballer. The CAS panel (CAS 2018/A/6007), while upholding the 12-month suspension and fine, underlined that the president had the influence to incite hatred and violence against an athlete, and concluded that the expression did not enjoy protection. Concordantly, even though the president expressed himself outside of a competition, his supposed influence over ‘everybody’ and the Arabic and Islamic world in particular and the dissemination of the expression to a significant number of individuals became the basis of the award.

At first sight, the answers to the question of what expressions should be allowed in the context of sport seem obvious. Nevertheless, the reality is more complex, not least because, as an integral part of human activity, the nature of an expression is ambiguous; its substance might be hard to define or interpret. Defining an expression as ‘political’, ‘non-political’, ‘inciting’, ‘hate speech’ and ‘defamatory’ almost always will be a controversial matter, subject to the discretion of the CAS arbitrators. In fact, the context-dependent nature of expressions leads CAS panels to engage in case-by-case analyses.

Yet, provided that the CAS panels handle similar cases consistently in the future, they may bring some legal certainty to the parties involved. Currently, however, the CAS jurisprudence tends to fail to provide clear and consistent reasoning in cases with similar contexts. As in the electioneering cases, different interpretations concerning the scope of freedom of expression in the framework of political contests internal to the SGBs hinder consistency. Along the same lines, whilst defamation and unsubstantiated accusations could (and should) result in sanctions, CAS panels have reached different conclusions in cases concerning similar expressions, i.e. criticisms and allegations against the SGBs as well as their agents. Consequently,  the CAS needs to address these inconsistencies in order to provide a relatively predictable case law on freedom of expression in the sporting context, allowing all those involved in sport to understand better when they would cross the line of permissibility concerning on- and off-field expressions. 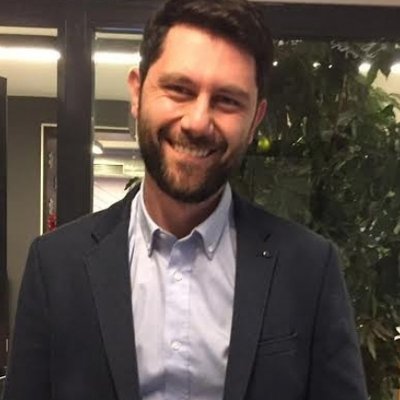