The Court, the Text, and the Struggle for Constitutional Fidelity in Brazil

The Brazilian Supreme Court is currently a polarizing institution. Multiple institutional features empower it to control the constitutionality of federal, state, and municipal norms both in the course of concrete and abstract review cases. It is also characterized by the endorsement by its justices of a disparage mixture of constitutional supremacy doctrines and constitutional interpretation theories freewheelingly deployed in ways that maximize its ability to decide any political dispute that comes to its attention. As such the Court stands in the complicated position of being criticized for both its actions and its inaction, while it is called to adjudicate demands by actors from all points of the political spectrum, and as it has recently come to face unprecedent authoritarian attacks

And here is the crux of the Brazilian current constitutional situation: the anti-institutional speech that has been put forward by Bolsonaro and his supporters has in some cases, on its face, not been against the Constitution per se. It is presented as if it were against institutions, among which the Supreme Court, that, according to them, while performing their functions in our checks and balances system, have been violating the Constitution themselves. It is as such that they invoke outrageous readings of the constitutional text that would empower the executive to call on the Armed Forces against the perceived abuse by the Court. A situation that puts the Court in the difficult position of having to mobilize support in defense of its authoritative power to interpret the Constitution from the very public that perceives it as frequently disregarding the limits, mainly textual ones, that the Constitution imposes on itself. A difficult task even at the best of times, but a particularly challenging one in Brazil’s currently politically polarized context.

In many ways this problematic situation results from the fact that, over the last few decades, the Court has positioned itself as an institution willing to do what is necessary to “solve” any salient problem put before it by any political actor. In some cases, what it is required is for the Court to make good on the constitutional promise of making Brazil a more free, just, and solidary society; in others, it is to enforce rules that limit what legislators and governments can do; and, yet in others, it is to remove exactly those kinds of limits, exempting them from having to conform to this very same kind of rules. In this scenario, it might be obscure what fidelity to the Constitution exactly means.

The Constitution empowers and limits. In one dimension, it can be viewed as a political morality project to be realized through the societal reform – in the vein of “transformative constitutionalism”. As such, it would be only a point of departure, an opportunity for other Powers, including the Judiciary, to advance it. Its application would, therefore, require interpreters to navigate text and context and go beyond them to make real a vision of just society. But, in another dimension, the Constitution can be viewed as an authoritative document that functions to limit the choices and possibilities of the constituted powers. As such, characterized as “text and rule”, instead of empowering and enabling, the Constitution is viewed as a document that “disables and impedes” – to use Frederick Schauer’s terms.

Constitutions are made of both dimensions, but to some degree they can be thought as being in constant tension when it comes to constitutional adjudication. After all, the same Court that is called to – and empowers itself to – move beyond the constitutional text, is also required to demand respect from other Powers for the rules that limit their actions. To do this, a Court must be able to convince its public that it is also bound by the Constitution, and not simply empowered by it to enact its own preferences.

The Court’s changing interpretations and the case of Lula

A recent constitutional controversy can help illustrate the Brazilian predicament. One of the most divisive issues in the Supreme Court’s recent jurisprudence has been its treatment of the constitutional right to a presumption of innocence. According to the Brazilian 1988 Constitution “no one shall be considered guilty before the issuing of a final and unappealable penal sentence”. Although apparently straightforward, the Court has significantly altered its interpretation of this provision in recent years. Despite maintaining in 1991 that, notwithstanding this prohibition, an accused who was found guilty could be made to start serving time before the judgement of its final appeal, it altered this understanding in 2009 to establish that the Constitution indeed barred this possibility, only to again change its jurisprudence in 2016 to allow it once again, reaffirming this in 2018 when considering specifically the constitutionality of the imprisonment of former president Lula da Silva – who was, at the time, the frontrunner candidate in the presidential election –, before, in yet another turn, change it once more to the opposite interpretation in 2019.

The confusing and convoluted nature of the Court’s behavior is evidenced by the very difficulty of describing this in a concise and clear way. In the center of the controversy was the meaning of this constitutional provision. Both sides of the quarrel claimed that the constitutional text was clear enough to support their own views on the issue. On the one hand, if the Constitution states that no one shall be considered guilty before the issuing of a final and unappealable penal sentence, this presupposes the impossibility of serving time before the judgement of the final appeal. On the other hand, because the constitutional text “says” nothing about the imprisonment of any defendant – but states instead that no one shall be considered guilty –, it does not necessarily exclude this possibility.

The point here is not to defend or relitigate any of these specific cases and the conflicting visions at stake, but to exemplify how the Court’s treatment of its constitutional function has fueled the criticism against the institution and its justices and put it in a very difficult position when faced with attacks from those who would prefer to govern without any checks on their powers, and how this is related to the Court’s relationship to issues of constitutional interpretation (including its fidelity to the constitutional text) and the normative authority of precedent.

The aforementioned jurisprudential ebb and flow might be particularly salient in the divisiveness and immediate concrete relevance of the issue and velocity of its shifts, but it is by no means atypical as a representation of the Courts relationship with the Constitutional text and with its own jurisprudence. This has put the Court in the uncomfortable position of being continuously criticized by the politicians, citizens and academics for its perceived voluntarism and fragmentary nature of its rulings, while being dependent on the contingent support from those who have benefited from their latest decisions against those who stand against it. And it is from this institutional position that the Court has been forced to face unprecedent attacks from Bolsonaro.

The salience of constitutional interpretation

Constitutional adjudication continuously highlights the fundamental question of: why should we consider the Constitution as a limit to government? Which, in this case, is presented in the specific form of: why should elected political actors and the citizenry obey the rulings of unelected judges? The standard answer is: because they speak in the name of constitutional law. But, for this to have any strength it is necessary that its audience, winners and losers included, believe in the reality of this.

To this point, it is notable that, recently, an outrageous interpretation of the Constitution has been put forward by supporters of President Jair Bolsonaro, who, faced with unfavored decisions by the Supreme Court, would like to see the Armed Forces intervene against it and other democratic institutions. According to them, when the Constitution, in article 142, establishes that “the Armed Forces…are permanent and regular national institutions, organized on the basis of hierarchy and discipline, under the supreme authority of the President of the Republic, and are intended for the defense of the Country, for the guarantee of the constitutional powers, and, on the initiative of any of these, of law and order”, this would mean that the President could order a “constitutional military intervention” on the Judiciary or the Legislative when he or she understands that they have violated their constitutional limits. The oxymoronic nature of such an understanding, which would “constitutionalize” a military coup in a Democratic Constitution that stands as a rejection of the legacy of the military dictatorship that preceded it, has not passed unnoticed by the mainstream legal and political establishment. Nevertheless, the “off the wall” nature of this interpretation (to use Jack Balkin’s term) does not diminish its currency among supporters of the current president – who has been running a reelection campaign in which attacks against the Supreme Court, the Superior Electoral Court, and the reliability of the electoral process have been frequent. Although this view doesn’t have any textual support, it can be considered a kind of clear constitutional implication in part because it is compatible with an ethos that constitutional interpretation is an activity that might justify any result.

The long-term significance of these recent authoritarian trends in Brazilian politics and society depends, in some ways, on the result of the ongoing presidential election, which will either remove Bolsonaro from office or reelect him, empowering him and his supporters even more. In any case, even if with a diminished political and institutional relevance, nothing suggests that this is a political trend that will simply disappear. In this context, although certain issues are outside the control of the Court – for example, when a new authoritarian populist electoral wave will raise itself up – its own institutional design and behavior is a matter within its purview. It is as such that more effort should be put into diagnosing and enacting reforms relating to the institutional design of the decision process of the Court that would foster its ability of speaking through more coherent and consensual decisions that take its own precedents and its own limits seriously – in the vein of some of the recent scholarship produced by constitutional scholars and political scientists highlighting these issues. Whatever happens in this election or in the following ones, it is fundamental that the Court is adequately capable to defend our constitutional order, a task that an institution constantly criticized – sometimes with good reason – for its incoherent, fragmented, and unstable jurisprudence is, at the best of times, ill-equipped to do. 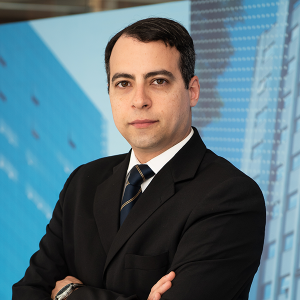 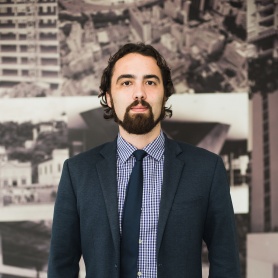 Thomaz Pereira Thomaz Pereira is a Professor of Law at the Getulio Vargas Foundation Law School in Rio de Janeiro (FGV Direito Rio)
Other posts about this region:
Brazil No Comments Join the discussion
Go to Top