The Covid-19 Pandemic, the Failure of the Binary PHEIC Declaration System, and the Need for Reform

The COVID-19 pandemic has raised unprecedented challenges for the global health framework and its long-term consequences are not yet in full sight. The legal and institutional regime aimed at preventing and controlling the spread of infectious diseases, grounded on the International Health Regulations (IHR) was heavily criticized.

A PHEIC, then, is declared only when an event is already sufficiently acute and has started to spread internationally. It is not an early warning, but a formal alert, and in the case of COVID-19 it was issued with extreme delay only on 30 January 2020, (one month after notification of early cases by the Chinese government), after Beijing had already adopted quarantine measures around the city of Wuhan, and draconian measures to curb the spread of the disease in the country had been announced.

It is not yet clear why the EC, which was summoned on 22 and 23 January 2020, decided that it was ‘too early to declare a PHEIC’. It has been arguably a problem of political pressure by the Chinese delegate, as well as of incapacity of the EC’s members. More probably, due to the lack of precise information by the Chinese government on the real extent of the disease outbreak, they opted for a conservative approach, well aware of the economic and political consequences of a PHEIC declaration for the concerned State. In general terms, one of the problems lies in the rigid binary nature of a PHEIC – that is declared or not – and does not envisage intermediate levels of alert.

In the Declaration of 30 January 2020, the DG showed awareness about this problem, hoping that the “WHO should continue to explore the advisability of creating an intermediate level of alert between the binary possibilities of PHEIC or no PHEIC, in a way that does not require reopening negotiations on the text of the IHR (2005).” He recommended developing a New Alert and Response Notice (WARN) system that should provide adequate information to the WHO Member States of the actions required to tackle an event that has not yet reached the threshold of a PHEIC, but may nonetheless require a coordinated response. It should take the form of a notice containing a WHO risk assessment to be shared amongst the Member States, and it should detail the specific public health actions that are recommended to prevent cross-border transmission. Given that the WHO has provided recommendations even when it has not declared PHEIC, the legal added value of this WARN system is not however clear

The need of a reform was then reiterated in a WHO’s Interim Report, which proposed an intermediate level of alert, a sort of ‘yellow light’ as an initial warning signal (Para. 32).

This kind of proposal is not a novelty, since it was already recommended in a previous document on the response to the Ebola outbreak in Western Africa (although it was never endorsed by the WHO Member States). The Panel recommended “the possibility of an intermediate level that would alert and engage the wider international community at an earlier stage in a health crisis. This could facilitate preparedness, preventive action, and dedication of resources, which could avert an escalation of the situation”.

This kind of reform, that could be labelled as a ‘traffic light mechanism’, or ‘tiered alert system’, to be really functional should bypass the risk based approach upon which the assessment of the DG is conducted. It would imply to overtake the classic reluctance of the WHO and the EC to impose travel and trade restrictions before a risk assessment is carried out, since they are usually considered as ineffective and counterproductive.

Even though the various proposals envisioned different tiers –ranging from only a yellow light before a PHEIC to a flowchart with 5 levels of alarm – they all have the goal of encouraging early reporting of and response to, potentially serious disease outbreaks.

Despite the wide range of possibilities, the first problem is, however, how to concretize a potential reform. The easiest solution could imply the negotiation and adoption of an additional protocol amending the IHRs or at least Annex II, and introducing a more nuanced alarm mechanism.

Otherwise, a technical note could provide a specific flowchart to both the EC and the DG, based on a multi-tiered declaration approach; in few words, the DG could be able to recommend specific measures to its Member States even before the formal declaration of a PHEIC.

The necessity to replace the all-or-nothing nature of PHEIC declarations is not a novelty in the academic debate, but in light of the world-wide diffusion of the COVID-19 pandemic it became crucial. Such reform could relaunch the IHR and beef up the role of the WHO in managing future pandemics, but the normative power of a PHEIC declaration should not be overestimated, which is not a binding act but rather an instrument of governance through information. Indeed, States do not wait for the ‘red light’ of the WHO to react to a potential epidemic or pandemic, but in view of their own source of information can decide to react earlier if they want. This was witnessed in the early stages of COVID-19, when Vietnam and Taiwan decided to adopt stringent measures well before the end of January.

In conclusion, as underlined by some scholars, a reform of the PHEIC’s mechanism would not solve the core issues of the alert and response system behind the IHRs, that do have mainly a political dimension. Indeed, States are reluctant to act in good faith and to share information in case of a disease outbreak, tend not to comply with the DG’s temporary recommendations, and have not developed adequate core capacities to respond to disease outbreaks.

Explore posts related to this:
COVID 19, Pandemic, WHO 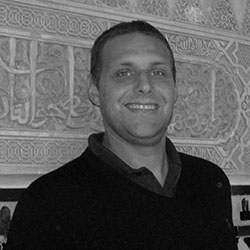 Explore posts related to this:
COVID 19, Pandemic, WHO