Urbanisation has radically transformed the way that people live, but a corresponding legal and political shift has not taken place. In North America and most of Europe, the power of cities is derived from the sovereignty of the state. Many cities do not have access to the revenue needed to provide for the social welfare and infrastructure requirements of residents. In Toronto, a city of 2.6 million people with only two subway lines, the mayor proposed to finance the expansion of public transit by levying a modest toll on two city roads, but the Province vetoed the idea. Two years later, Provincial Premier Doug Ford decided to punish political opponents by restructuring the city government during the middle of an election campaign.  Torontonians were outraged, but there was nothing they could do. In response, proponents of local democracy have called for a constitutional amendment to create “Charter Cities” with more power.

The debate over Charter Cities provides a lens for thinking about cities and citizenship. Rainer Bauböck asks whether urbanisation requires a restructuring of political institutions, transforming cities into the dominant arenas of politics, democracy and citizenship. He admits some ambivalence, and I share this ambivalence. Like Gargiulo and Piccoli, I focus on distinctive concerns about the difficulty of realising social justice at the local level. In my response, I draw on the record of home rule in the United States, particularly California, where Charter Cities are protected in the state constitution.

Cities have long exercised power over land use and zoning, and they have frequently used this power to exclude needy outsiders (Davis and Morrow 2006). They do this by passing local ordinances that prevent the construction of public and low-income housing. Home-voters fear that the presence of low-income residents will diminish their quality of life and increase the crime rate (Fischel 2009). Home-voters are motivated by their economic interest in low tax rates, and they use the power of local government to exclude poorer people with costly needs. Local autonomy (“home-rule”) can create an inverted version of the tragedy of the commons. Instead of over-exploitation of the commons, zoning laws ensure that land is under-utilised, keeping home prices high and poor residents out. We see this most vividly in Silicon Valley, where some towns have added ten new jobs for every new housing unit built in the last twenty years. The result is homelessness, brutal commutes, and a crisis of affordability. Other social problems are exacerbated by a mismatch between the needs of people segregated in low-income communities and the untapped resources of wealthy ones.

When cities embrace the logic of “not-in-my-backyard” at the municipal level, decentralisation makes it more difficult to address structural problems such as affordable housing. Of course, not all cities use their authority to promote the economic interests of homeowners and business interests. In European cities with flourishing public housing and effective regulation of the rental market, the home-voter is less significant in local politics. Indeed, from Red Vienna in the 1920s to Berlin’s decision to freeze rents last year, cities have been at the vanguard of movements to decommodify housing.

When activists in places like Toronto propose a constitutional amendment to enable the creation of Charter Cities, the goal is to become more like Vienna and Berlin. Right now, Toronto is not able to pass rent control legislation, even though it is the epicentre of the housing crisis in Canada. The constitutional amendment is largely backed by progressive forces that think the city needs the power to levy new progressive taxes in order to invest in public infrastructure, including public housing.  A Charter would recognise a city’s authority over a list of traditional municipal responsibilities, but it would also grant the power to determine the city’s governance structures. Furthermore, it would give cities control over the revenues and resources they need to meet their responsibilities.

Is this a good idea? Charter Cities exist around the world and take many different forms. The Charter of the City of London dates back to 1075 when William the Conqueror granted residents of London specific rights and powers. Today, the City of London is viewed as an anomaly because it is governed by a corporate charter that enfranchises business interests as well as residents of the central city (see Bauböck). The debate about London, however, is not simply a historical curiosity. Indeed, it helps us see the tension between two political ideals, the sovereigntist and the communitarian.

In 1682 Charles II challenged the autonomy granted to the city of London through its Charter (Frug 2001). The King insisted that centralised control was necessary to prevent social conflict. The logic of the argument is familiar from Thomas Hobbes. Cities like London and trading companies like the East India Company should not become “commonwealths by themselves” that were independent of, and potentially in defiance of, the Crown (Frug 2001). The political order imagined by Charles II was a sovereigntist one composed of individuals and the state.

The opposing view emphasised the primacy of natural rights and the need for a balance of forces to prevent centralised authority from becoming tyrannical. The opposition was communitarian because it encompassed pre-existing, self-governing societies such as cities, guilds and universities, but it also included trading companies organised to promote private gain. Under the influence of liberal theory, the distinction between quasi-public and private corporations hardened, and the former were incorporated into the state while the later gained greater autonomy. In the United States, this shift happened in a partial and piecemeal fashion, but, as Maarten Prak demonstrates, the French Revolution and its aftermath not only destroyed feudal privileges, it also replaced communitarian forms of local self-government with national citizenship.

The Charter City movement in Toronto, like the sanctuary city movement in the United States, is part of a war of position against right-wing populist power. Cities tend to be more progressive and social democratic than the surrounding suburbs and countryside. When the provincial or national government governs from the right, then it makes sense strategically for the left to claim greater powers at the local level. Decentralisation can work the way that the opponents of Charles II hoped it would, by counter-balancing the power of the central state.

At the same time, it is important to remember the dark side of local autonomy, as Gargiulo and Piccoli do. In the United States, especially in places in the south such as Birmingham and Little Rock, local control was a way of implementing segregation and white supremacy, by undermining constitutional principles of equal protection. More frequently, however, structural injustice is produced by local codes and choices that are not directly intended to exclude or subordinate. California, which has 121 Charter Cities, provides a striking illustration of these unintended consequences. The anti-growth movement was most successful in progressive cities such as Santa Cruz and San Francisco. Environmentalists allied with anti-corporate activists and groups that wanted to protect the “use-value” of their neighbourhoods. This electoral coalition successfully replaced the ruling downtown business regime and secured strict limitations on real estate development (Gendron 2018).

These zoning laws, supported by economic interests, norms, and the existing built environment, proved very resistant to change, even as it became apparent that the NIMBY ethos of local politics made it difficult to deal with housing and regional transit. The state legislature recently passed a series of laws that prevent localities from outlawing accessory dwelling units and fine communities that fail to approve housing construction that is consistent with its existing land-use plan. These measures were necessary because of a toxic interaction between market mechanisms and local control. Local regulations transformed land into a monopoly and the market allocated access to this scarce good based on the ability to pay. This benefitted owners, displaced low-income renters and excluded outsiders who desired access to jobs and amenities.

There is nothing necessarily exclusionary or elitist about the devolution of power to city governments. I support the Charter City movement and also the move towards enfranchising residents who do not have national citizenship. I agree with Avner de-Shalit and Warren Magnusson that the interdependence of daily life in a particular place is a practice that is itself a kind of citizenship, one the justifies political rights. At the same time, however, I also think we need to be very wary about conflating local power with social justice.

If the city is to become a site of social citizenship and social justice, we must defend local normative orders that are inclusive and solidaristic. The city should be imagined as both a particular site of shared value and also a nodal point in broader, cosmopolitan networks of exchange and obligation. The right to the city should not be construed as something akin to shareholder value in corporate law. This means that city-zens should not use local institutions exclusively to promote the interests of current residents, and local decisions should be reviewed by constitutional courts or supranational human rights courts for consistency with principles of rights and equity. 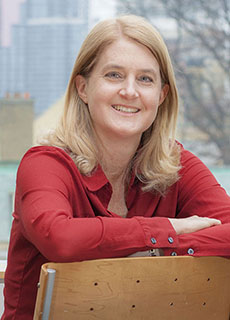