The Dangers of Freezing and Seizing

The Polish government argues that the only way to effectively seize the assets of Russian oligarchs is to amend the Polish Constitution, since it is currently impossible to do so without obtaining a final judgment of a court of law. Although the official goal may seem to coincide with the actions undertaken by the EU Council, the measures planned by the Polish governing powers should not be accepted without a second glance at their possible legal dangers.

The Russian Invasion as a Window of Opportunity

It comes as no surprise that the current humanitarian crisis in war-torn Ukraine brought out both the best and the worst in people, especially for those in power. Crisis modes are unfortunately often considered windows of opportunity by governments. Amendments to laws which were unpassable in regular times suddenly become feasible. Today this seems to be turning out true for the Polish governing coalition. Both in terms of the EU Commission considering giving into accepting the country’s proposed COVID Recovery Plan, but also regarding PiS’s newest concept of altering the national Constitution – which is supposedly aimed at allowing for the effective (and final) seizure of Russian assets.

Any limitations imposed on constitutional rights and freedoms under Polish national law have to comply with the overriding proportionality rule – namely, they cannot violate the essence of those freedoms and rights (Article 31(3) of the Polish Constitution). This legal provision alone should very quickly cut short the discussion surrounding the possibility of introducing the forfeit of property without a final judgment of a court. Anyone who implies that a provision allowing for the seizure of property in an en bloc manner asks for measures which introduce collective responsibility – and therefore infringe the proportionality principle. Even the very broad sanctions introduced by the EU in its Council Decision 014/145/CFSP (updated in March of 2022) list all entities whose assets are to be frozen on an individual, name basis. The Polish government, however, is attempting to introduce a whole new concept.

Dissatisfied with how the current constitutional provisions make a condition of the existence of a final court judgment for the state to be able to claim property as forfeit, it seems to be asking for an exemption to bypass the right to fair trial (embedded in Article 45 of the Constitution). This, in turn, could only mean the introduction of a provision, or provisions, which would have to specify the group of entities exempt from this fundamental legal guarantee. Any legal actions of this sort however would most probably remain unconstitutional due to the existence of Article 32 of the Constitution, which sets the principle of equality before the law for all – even war criminals and those funding them.

Member States Are Not Obliged to Seize Property

It should be noted that the EU, whilst passing the sanctions imposed on Russia, was quite aware of the fact that most national laws of Member States would require a fair trial to be carried out before a seizure of property is possible. Even the Freeze-and-seize Task Force, which was established within the EU to ensure mutual cooperation concerning sanctions against Russian and Belarussian oligarchs, strictly reminds all that – as much as it is meant to play an important role in the coordination of state actions in freezing the questionable assets – in seizing the assets it can only do so when national laws allow for it. In other words, states are under no obligation to forfeit property.

The Polish government’s enthusiastic approach to introducing a constitutional provision, which would allow for taking over private property by the state without a final court decision, overshadows the existing possibilities of using national provisions to persecute those involved in the Russian war against Ukraine. Poland has functioning laws which penalize the funding of terrorist activity in Article 165a of the Polish Criminal Code. The act of wartime aggression can be considered as such under the legal definition in the Polish Criminal Code Article 115 § 20. This in turn can provide possible grounds to launch investigations by the Polish Prosecutor’s Office, which could result in court rulings enabling the usage of punitive measures such as the seizure of property and other assets. Apart from this, Poland also has separate provisions allowing for the blockage of bank accounts under the Legal Act on counteracting money laundering and financing of terrorism.

Against the prospect of seizing assets, only freezing them may seem an inadequate response to the viciousness of the act of aggression committed by Russia. Yet, it is pivotal to remain wary in these times: an ongoing crisis can be used to justify an undercover attempt at destabilizing legal guarantees set previously within the legal system for a reason. The door opened a tiny crack for dangerously broad quasi-punitive measures, which can be used arbitrarily by governing powers. They must not gain a foothold. 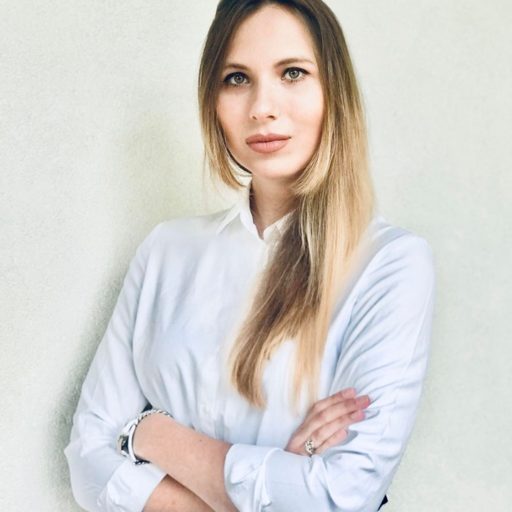 Eliza Rutynowska Eliza Rutynowska is a Civil Development Forum (FOR) Lawyer, Attorney Trainee at the Warsaw Bar Association, and PhD Candidate at the Criminal Law Faculty of Warsaw University.