The EU Treaties oblige the European Central Bank to support the broader economic policies in the EU. Yet, the ECB has long ignored this part of its mandate. In the recently concluded monetary policy strategy review it only gets a brief mention. As we argue in a new report, this neglect of the ECB’s secondary mandate is illegal and should end as soon as possible.

A duty, not an option

Right after outlining the primary objective of price stability, Article 127 (1) TFEU states that the ECB “shall support the general economic policies in the Union”, if this is “without prejudice to the objective of price stability”. The provision further specifies that the ECB should support those broader economic policies in order to contribute to the EU’s objectives as outlined elsewhere in the Treaties.

When the legal mandate of the ECB was drafted in the early 1990s, the central bank’s task was meant to be simple and technical: steer money market rates with a view to achieving price stability. Consistent with the dominant thinking of the time, that narrow focus was considered the best way to support sustainable economic growth.

Today, the ECB faces many complex questions but it continues to focus on its price stability objective, ignoring the secondary mandate. For one, why does the ECB own over €3.6 trillion in government debt? Last year, its interventions in bond markets saved the EU from another debt crisis. Yet, its true objective is difficult to distill from the ECB’s legal justification. The ECB continues to justify its government bond purchases primarily as a way to achieve price stability.

A similar picture emerges where it concerns the ECB’s role in tackling climate change. Not long ago, the ECB held that it was required to buy bonds issued by fossil fuel companies. Recently, the ECB has indicated that it will adapt its monetary policy operations to help address climate change. In both cases, the ECB justified its actions as required to safeguard price stability.

And where it comes to undesirable side-effects, this is again the ECB’s strategy. Monetary policy is the most powerful lever of a capitalist economy. A decade of low interest rates has transformed every corner of European life. It boosted economic activity, though how much is hotly contested. Clear side-effects include exploding stock markets and unaffordable housing in urban areas. Raising rates will again reshape the economy. Should such policies really be made merely invoking the absolute and overriding importance of the annual increase of consumer prices?

The ECB’s focus on price stability leads it to ignore legally binding duties imposed on it by the secondary mandate. The ECB not only needs to act on these duties, but also explain how it acts on them. The ECB clearly has not done this sufficiently, which is unlawful. The central bank articulated detailed definitions of price stability from 1998 onwards, but left its secondary objectives undefined. Between 1998 and 2019 the ECB only mentioned the secondary objectives in ten speeches out of a total of more than 2500 speeches. The ECB recently referred to the secondary mandate in its new strategy but its role remains unclear.

The ECB’s silence is understandable, we concede, in light of the secondary mandate’s paradoxical nature. Its unwieldy formulation gives the ECB secondary objectives, but what these should be remains thoroughly unclear. It is also important that the text talks of “supporting” broader economic policies, rather than making them. The secondary mandate does not give the ECB the competence to develop economic policy itself, for example, to make housing policy or design its own energy policy.

How should the ECB act then? The ECB does think a lot about the side-effects of low interest rates. Relying on its secondary objectives could allow the ECB to be open about the trade-offs and design better operations. It would open the space to discuss what types of economic activities monetary policy should support. Here, the EU Taxonomy can be a key reference. The ECB could also think about ways in which to reduce the impact of its low interest rate environment on housing prices.

Does all of this turn the ECB into a shadow government for the Eurozone? The supportive nature of its secondary mandate remains key. It implies that the ECB should not act by itself and thereby absolve governments from difficult choices. It should not decide whether the EU should continue to rely on nuclear energy, use natural gas as a transition technology, drastically reduce meat consumption and other luxury consumption, to name just a few examples. Instead, the ECB’s role should be limited to supporting existing policy where that is available. Most pressingly, it should stop the (again, probably illegal) practice of designing instruments that directly harm the EU’s environmental agenda.

The secondary mandate is particularly relevant for assessing the Pandemic Emergency Purchase Programme (PEPP), due in the courtroom soon. Surveying the side-effects of monetary policy, the German Federal Constitutional Court has rightly challenged the central bank’s narrow focus on price stability. But the Court then proposed that to not act ultra vires, the ECB should aim to minimize the economic effects of monetary policy. The underlying vision of a monetary policy neatly distinct from economic policy is a fiction only tenable in undergraduate textbooks.

The PEPP’s pervasive effects on the economy require detailed consideration, both for undesirable and beneficial effects. Where the German Constitutional Court previously deemed supporting government finances as a negative side-effect of monetary policy, we think it is better understood as fulfilling the ECB’s secondary mandate. The ECB should justify the PEPP for providing stable funding conditions to governments, not merely as a means to ensuring stable prices.

Would such a policy constitute impermissible monetary financing? The legal text on this topic is so vague that any answer to that question will unavoidably remain an opinion amongst many. Thankfully, Article 125(2) TFEU allows the Council to specify the meaning of the monetary financing prohibition, a democratic route that should be preferred over litigation in national courts.

More generally, where its mandate leaves important choices open, high-level coordination can play an important role in ensuring the legality and legitimacy of monetary policy. The Treaties leave ample scope for such coordination, as recently pointed out in a background paper by members of the ECB’s legal division. The European Parliament could propose an interpretation of the secondary objectives in its annual resolution on the ECB’s annual report, as could the Council of the EU on the basis of Article TFEU 121 (2). In drafting legislation that is relevant for the implementation of monetary policy, the EU legislature should explicitly state this.

The secondary mandate will be pivotal in allowing the ECB to play its role in navigating the 21st century. The time has come for the ECB to take it seriously. 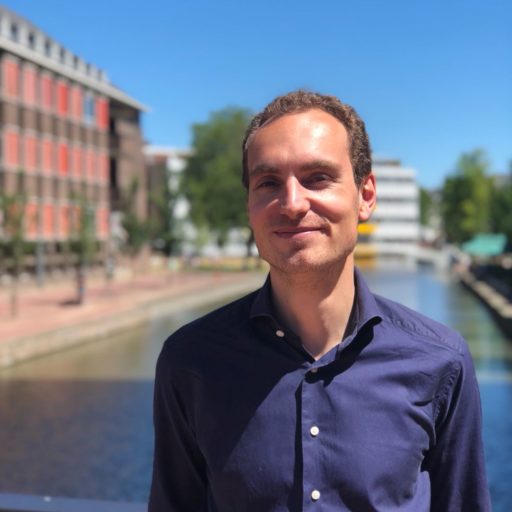 Nik de Boer Nik de Boer is an Assistant Professor in constitutional law at the University of Amsterdam.